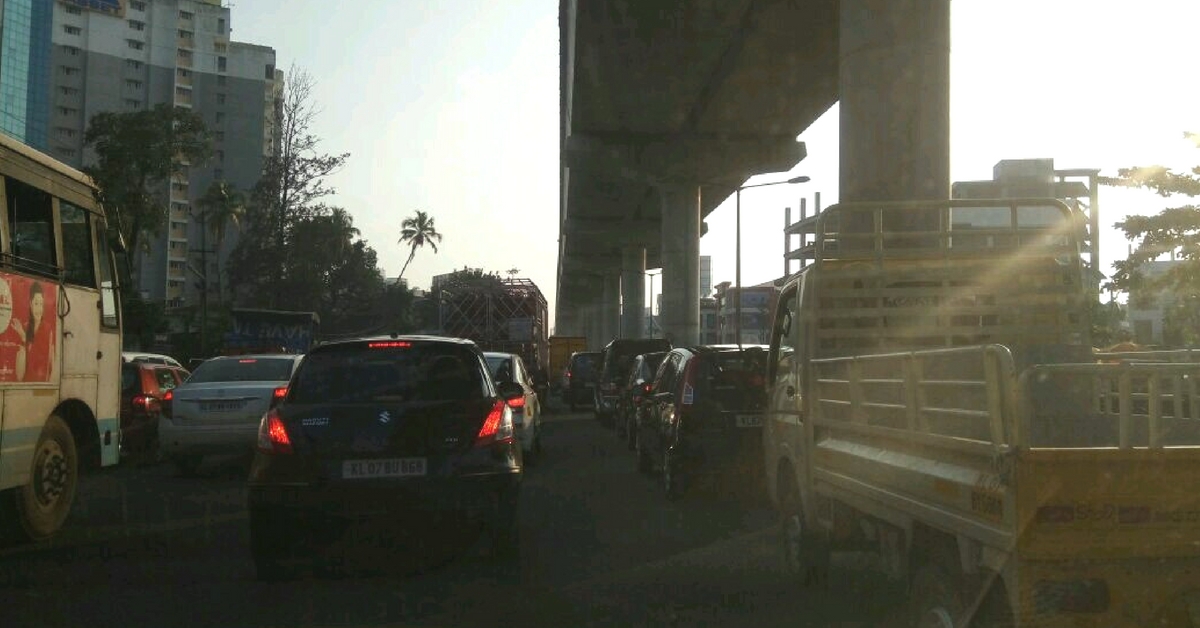 Has the Edappally Flyover Managed to Ease Traffic in Kochi?

The Kochi Metro Rail (KMRL) Project would perhaps be the most ambitious project implemented in Kerala during the previous UDF government’s rule. Among the various projects coming under it, the Edappally flyover one was considered as crucial in order to control the traffic congestion at the junction of NH 47 and NH 17 at Edappally. The 433-meter-long flyover was built and inaugurated on September 11, 2016. However, has this flyover, which was built to control the uncontrollable traffic, served its purpose?

From implementing the project on a Public-Private Partnership basis to replacing Tom Jose, the first MD, due to alleged differences with former DMRC MD E. Sreedharan, to objections from Mr. Sreedharan for offering the work as global tender and forcing to provide the preparatory works also to DMRC, this project has seen many twists and turns.

DMRC is in charge of implementing the KMRL project and Mr. Sreedharan has been appointed to oversee the same. Mr. Sreedharan, who is known as The Metro Man, planned to implement it in a manner similar to that of Delhi Metro and Chennai Metro. The entire project, apart from implementing metro rails, also includes the construction of various railway over-bridges, flyovers, widening of existing roads, and so on.

However, has all this hype managed to tackle the problem of traffic congestion at Edappally junction? It seems as though the traffic woes have been solved only to an extent. 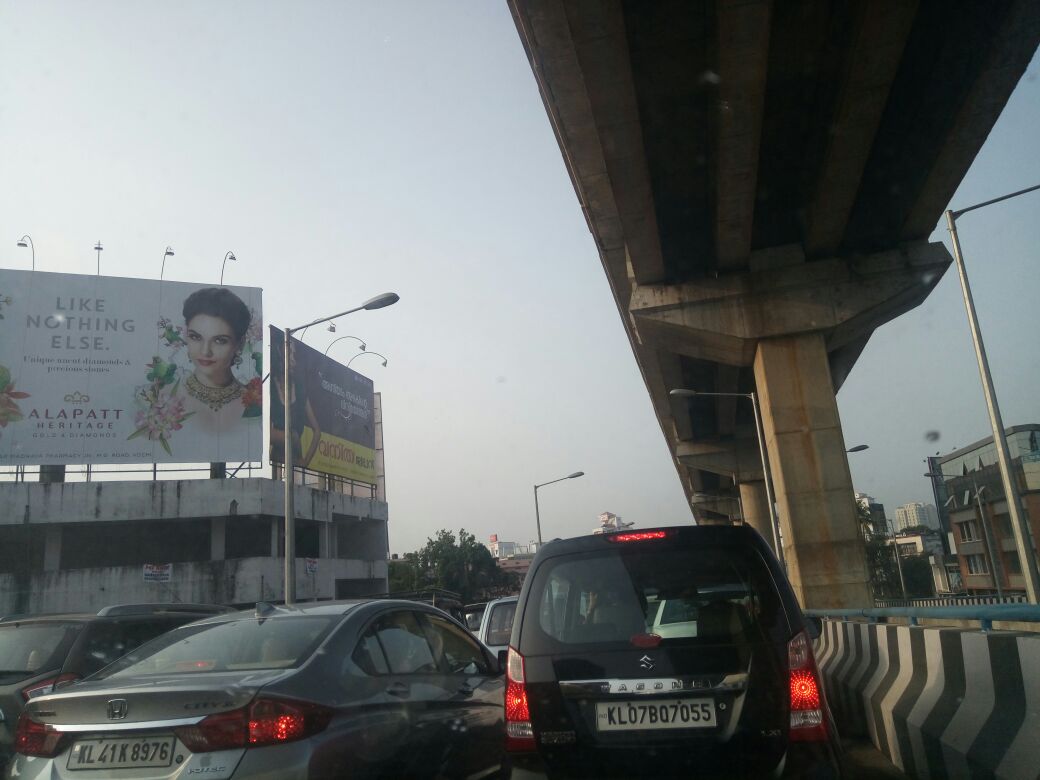 The Kochi Post tried to contact the authorities, traffic police, shopkeepers and commuters to get their opinion and conduct a review of the flyover after two months of its opening.

Commenting on the issue Bijoy Krishnan, CI, Edappally Traffic Police Station said, “It wouldn’t be true if I said that the entire issue is solved. As much as 50 per cent of the congestion has been addressed. However, the rest is still to be taken seriously as numbers of vehicles are increasing drastically. Moreover, the vehicles approaching from Edappally Toll are creating the congestion and long queues are formed right from there. Vehicles have to reach the junction to take the flyover. But there is no use mentioning these things as nothing can be done in this regard now. If a bit more careful planning would have been done then the problem might have been solved to a great extent. Anyway, its good to have something rather than having nothing.”

Explaining more about the flyover, Dhanuraj, Chairman, Centre for Public Policy Research says, “The flyover is a perfect example of authorities not doing their homework in a proper manner and researching on what the city actually requires. The local government does not have any data regarding the traffic concentration and how much it has increased over the years. How can an agency that has no idea about the traffic structure of Kochi build a flyover to ease traffic? Moreover, there are multiple stakeholders for a project and therefore none of them agree that they are accountable for it. One party blames the other for the negatives. This also shows that urban planning and traffic control in our cities do not have any coordination and people implementing them have no expertise in the field either, which will enable them to take proper decisions. We are never going to learn from our mistakes because we do not want to know where these problems originate from.”

He further added that flyovers are not a permanent solution to the traffic problem and that the government should develop an efficient public transport system. The shops at Edappally are also being affected by this chaos and the manager of a major textile shop here said that the flyover has not been of any use to the commuters and as there is always heavy traffic, people are reluctant to come to the shops as it is time consuming. He is worried that their business is being highly affected by this problem.

The fact that the present flyover has helped in cutting down traffic to an extent cannot be ignored. But if it would have been constructed with proper planning then the situation could have been different. The city would have seen an effective solution to the traffic problem. After the flyover was opened, the toll junction and the crossing at St. George Church were also closed, leading to distress among the public. However, later it was opened.

The authorities must at least think before boasting that the Rs. 108-crore project was completed in just Rs. 78 crore. Ultimately, how has the money that Mr. Sreedharan saved helped the traffic situation?

E. Sreedharan and KMRL officials were not available for comments. 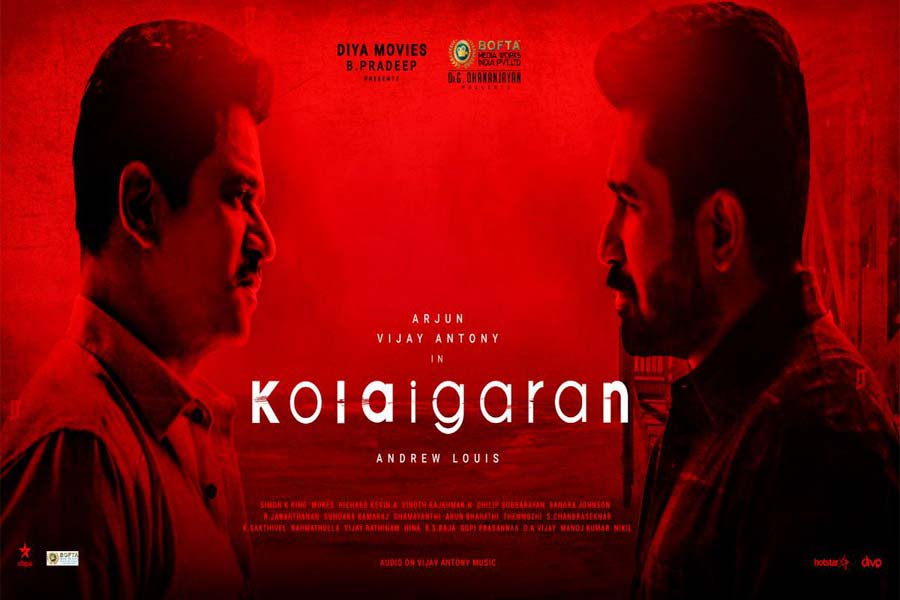