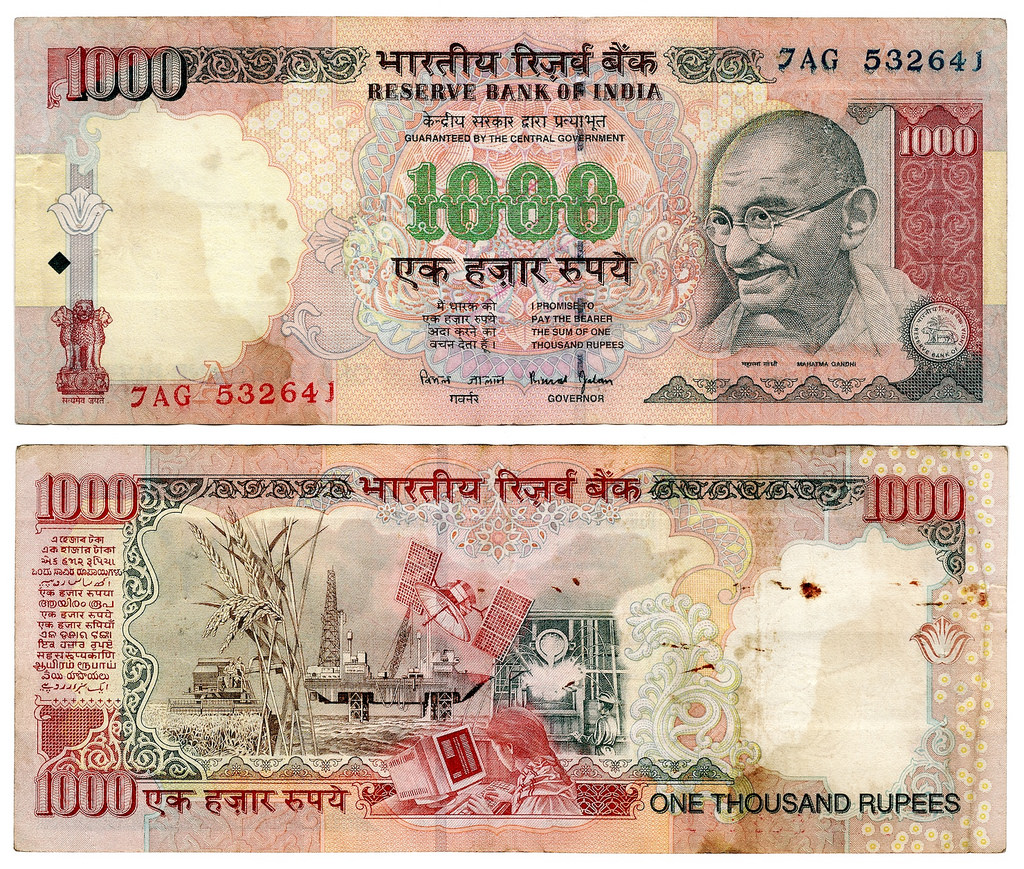 With a motive to check the black money circulating in the economy and to in turn suppress the circulation of Fake Indian Currency Notes (FICN), which are now extensively being used for insurgent activities such as espionage, smuggling of arms, drugs, etc., the Finance Ministry has decided to cancel the legal tender character of the High Denomination bank notes of Rs.500 and Rs.1, 000 issued by the Reserve Bank of India (RBI) till now. According to an official press release, this will take effect from November 9, 2016.

These denominations are specifically being cancelled as the FICN in circulation are mainly of 500 and 1000. New series bank notes of Rs.500 and Rs.2,000 denominations will be introduced for circulation from November 10, 2016. The infusion of Rs. 2, 000 bank notes will be monitored and regulated by the RBI.  The new series of banknotes will be distinctly different from the current ones in terms of look, design, size and colour.

The government has taken this decision in the light of increasing use of FICN, which is in turn facilitating financing of terrorism and drug trafficking. It has been found that these high denomination notes are being used to store unaccounted wealth. While the total number of bank notes in circulation rose by 40% between 2011 and 2016, the increase in number of notes of Rs.500 denomination was 76% and for Rs.1, 000 denomination was 109% during this period. High denomination notes could directly be considered as the means for generating black money

In order to implement the above decisions of the government, keeping in view the need to minimise inconvenience to the public, the following operational guidelines have been issued:

(i) Old High Denomination Bank Notes may be deposited by individuals into their bank accounts and exchanged in bank branches or Issue Offices of RBI till the close of business hours on December 30, 2016.

(ii)  Old High Denomination Bank Notes of aggregate value of Rs.4,000 only or below held by a person can be exchanged by him/her at any bank branch or Issue Office of Reserve Bank of India for any denomination of bank notes having legal tender character, provided a Requisition Slip as per format to be specified by RBI is presented with proof of identity and along with the Old High Denomination Bank Notes. Similar facilities will also be made available in Post Offices.
(iii) The limit of Rs.4,000 for exchanging Old High Denomination Bank Notes at bank branches or at issue offices of Reserve Bank of India will be reviewed after 15 days and appropriate notification issued, as may be necessary.
(iv) There will not be any limit on the quantity or value of Old High Denomination Bank Notes to be credited to the account of the tendered maintained with the bank, where the Old High Denomination Bank Notes are tendered. However, in accounts where compliance with existent Know Your Customer (KYC) norms is not complete, a maximum value of Rs.50,000 of Old High Denomination Bank Notes can be deposited.
(v)  The equivalent value of the Old High Denomination Bank Notes tendered can be credited to an account maintained by the tendered at any bank in accordance with standard banking procedure and on production of valid proof of Identity.
(vi) The equivalent value of the Old High Denomination Bank Notes tendered can be credited to a third party account, provided specific authorisation therefore accorded by the said account holder is presented to the bank, following standard banking procedure and on production of valid proof of Identity of the person actually tendering.
(vii) Cash withdrawal from a bank account, over the counter will be restricted to Rs.10,000 subject to an overall limit of Rs. 20,000 in a week for the first fortnight, i.e., until the end of business hours on November 24, 2016.
(viii) There will be no restriction on the use of any non-cash method of operating the account which will include cheques, demand drafts, credit/debit cards, mobile wallets and electronic fund transfer mechanisms.
(ix) Withdrawal from ATMs would be restricted to Rs.2,000 per day per card up to November 18, 2016. The limit will be raised to Rs.4,000 per day per card from November 19, 2016 onwards.
(x) For those who are unable to exchange their Old High Denomination Bank Notes or deposit the same in their bank accounts on or before December 30, 2016, an opportunity will be given to them to do so at specified offices of the RBI on later dates along with necessary documentation as may be specified by the Reserve Bank of India.
(xi)  Instruction is also being issued for closure of banks and Government Treasuries, on November 9, 2016.
(xii) In addition, all ATMs, Cash Deposit Machines, Cash Recyclers and any other machine used for receipt and payment of cash will remain shut on November 9 and 10, 2016.
(xiii) The bank branches and Government Treasuries will function from November 10, 2016.
(xiv) To avoid inconvenience to the public for the first 72 hours, Old High Denomination Bank Notes will continue to be accepted at government hospitals and pharmacies in these hospitals/railway ticketing counters/ticket counters of Government/Public Sector Undertaking buses and airline ticketing counters at airports; for purchases at consumer co-operative societies, at milk booths, at crematoria/burial grounds, at petrol/diesel/gas stations of Public Sector Oil Marketing Companies and for arriving and departing passengers at international airports and for foreign tourists to exchange foreign currency at airports up to a specified amount.

The timely intervention by the government is supposed to meet the required output and the circulation of black money, which in different ways is hampering economic growth, is expected to be curbed. 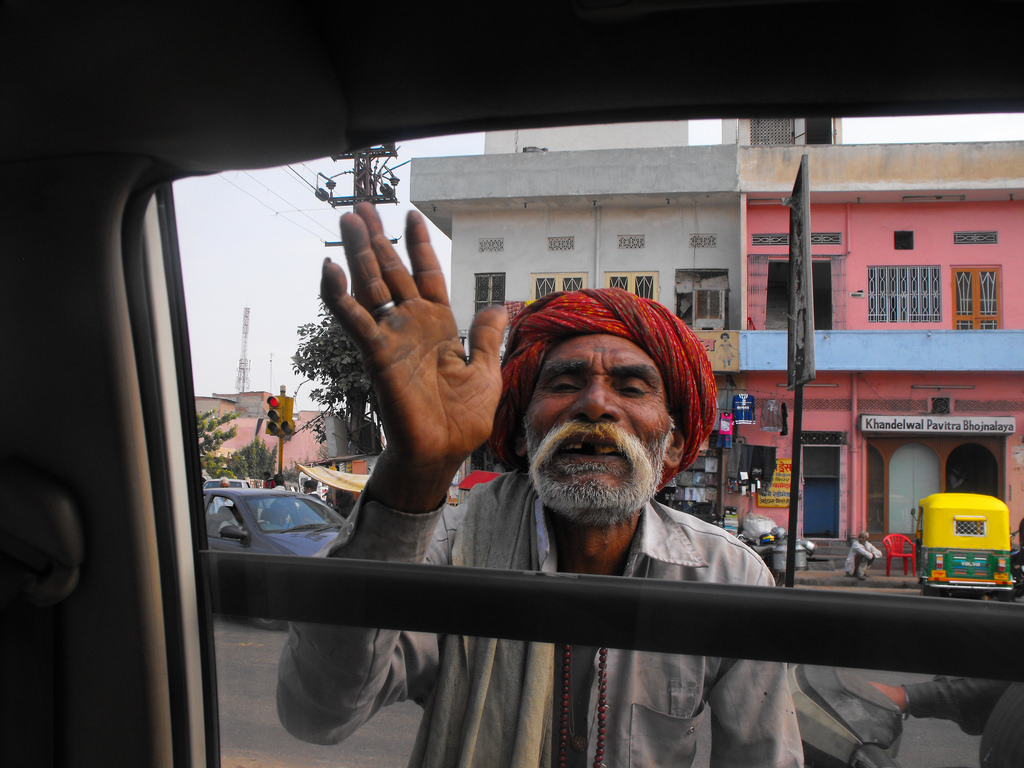 How Are Established Lawyers in Kerala Appearing for Beggars and Nomads in Court?