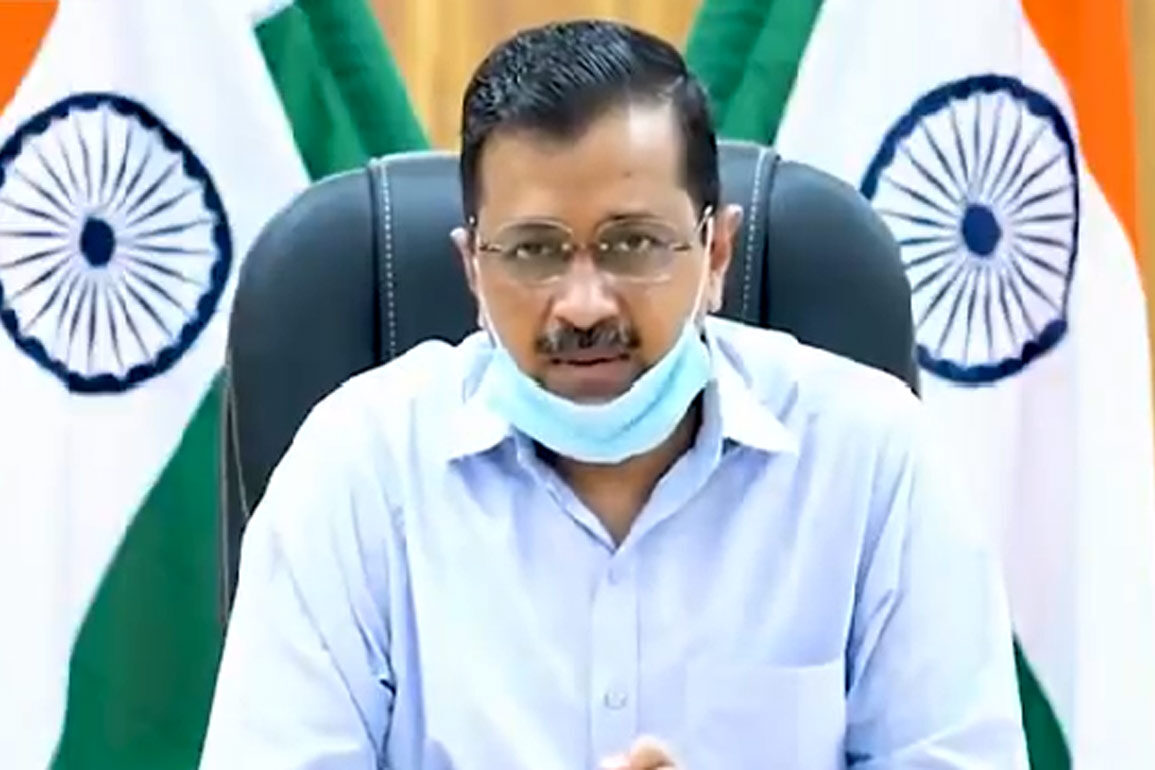 As the National Capital of Delhi overtakes Mumbai to become the country’s worst-hit city in terms of coronavirus infections, fingers are being pointed towards Chief Minister Arvind Kejriwal, who has been accused of obstructing help from the Centre as well the three Bharatiya Janata Party (BJP)-led civic bodies.

“Kejriwal should stop claiming credit and let the Centre and the BJP help the Delhi government in managing the outbreak,” said Aadesh Gupta, the recently-anointed head of the Delhi unit of the saffron party. Addressing a press conference with mayors of the North, East and South Delhi Municipal Corporations on Friday, Gupta pointed out that the testing capacity in the national capital had seen a significant improvement since the Union Home Minister Amit Shah “was forced to intervene” in face of the precarious healthcare situation.

Nearly 3.04 lakh people have been tested and mapped in Delhi since March 2. Among those, nearly 1.33 lakh have been tested since June 16, out of which 29,000 have been found to be positive, highlighted the BJP leader. Separately, Kejriwal put out a tweet on Friday informing his constituents that the pace of testing had indeed picked up in recent days. “Delhi conducted the highest number of tests in a single day yesterday – 21,144. We have increased testing by four times. Delhi is now following the strategy of very aggressive testing and isolation,” the CM jotted.

Interestingly, it was Shah who had first announced the plan to ramp up testing by twofold in the national capital after his meeting with Kejriwal on June 14. “To contain COVID-19 in Delhi, testing to increase two-fold in the next two days and will be further increased three times after six days. Also after a few days, testing will start at every polling station in containment zones,” the home minister had tweeted back then.

Recalling the meeting between the CM and the Union Home Minister, Delhi BJP chief Gupta accused the Delhi administration of being slow in taking initiative in the Covid-19 fight. “All along since the first case was reported, the Delhi government has been found to be slow in reacting to the developing situation,” said Gupta.

A total of 73,780 COVID-19 infections have been witnessed in Delhi till date, with more than 3,300 cases recorded on average in the last seven days. According to the Delhi government’s official statistics, nearly 2,429 people have succumbed to the virus so far. These figures are disputed since earlier this month, when the civic bodies claimed that the five crematoriums tasked with handling coronavirus-linked deaths have been reporting more than twice the number put out by the Kejriwal administration.

In a joint appeal, the three civic agencies said that they had offered nearly 24,000 additional beds in new isolation centres across the capital to the Delhi government to complement the city state’s Covid-19 response. “We hope that the Delhi government accepts this offer rather than obstructing it,” said Gupta.

He recounted the controversy over the deployment of doctors at a 10,000-bed makeshift COVID-care centre in South Delhi (Radha Soami Satsang campus), which was triggered after the Delhi CM leaked a letter he wrote to the Union Home Minister Amit Shah demanding that doctors be sent to the centre once it was ready. In a sharp rebuke on Twitter, Shah quipped that it had already been decided during their meeting on June 20 that the preparation and operation of the centre would be managed by the Indo-Tibetan Border Police (ITBP).

The Kochi Post made multiple attempts to contact AAP’s Chief Spokesperson Saurabh Bhardwaj to get a response levelled by the BJP. A response from the party is still awaited.

Jai Prakash, the mayor of the North Delhi Municipal Corporation, complained that the civic body had been helping out the Delhi government in carrying out sanitation and other works during the pandemic, “but there wasn’t a word of appreciation” from the Aam Aadmi Party (AAP) leadership. “Now, we are offering to help the Delhi government by setting-up 8,045 beds in the north Delhi areas. We have already sent a proposal to the Kejriwal government and are awaiting an approval,” said Jai Prakash.

The mayor at South Delhi Municipal Corporation, Anamika Mithlesh, said that her civic body had sent a formal proposal to set-up an additional 11,630 beds to boost the government’s capacity. “The South Delhi Municipal Corporation, like our two other counterparts, have been helping the Delhi government in other essential functions, like lifting of biomedical waste from homes and isolation centres,” she noted during the presser.

East Delhi’s mayor Nirmal Jain said that his civic body had also sent a proposal to set-up an additional 4,338 beds in buildings which could be turned to isolation centres.

The proposal by the BJP-run civic bodies to offer more quarantine beds comes in the wake of an argument over the Delhi government’s recent suggestion that patients testing positive quarantine themselves at home, instead of being lodged at government-supervised quarantine centres.

Delhi’s Lieutenant Governor Anil Baijal had overturned Delhi government’s order, as he mandated a five-day institutional quarantine of patients testing positive for coronavirus before they could return home, much to the chagrin of AAP, which hailed the home quarantine initiative as being one of the most successful among the Covid-combating strategies.

However, the LG and the BJP have found support from Congress in discrediting the home quarantine proposal of the state government. “The Delhi government is playing with fire in ordering home quarantine of positive cases. Most of Delhi’s households are two to three room units with one toilet facility for the entire household. In such a scenario, home quarantine of Covid-19 patients risks the well-being of others,” Anil Chaudhary, the head of Delhi Congress, said at a press conference earlier this week.