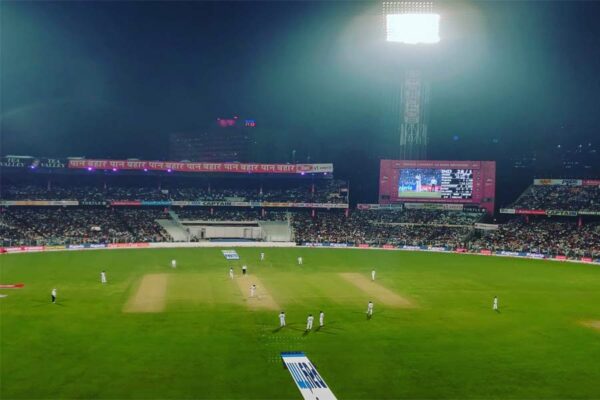 The entire ‘city of joy’ went through a pink revolution. Tickets for the first three days were sold out a week before the start of the game. A ‘sporting’ wicket was dished out. Dignitaries from both countries were invited. Overall, the Cricket Association of Bengal (CAB) left no stone unturned to make the inaugural day-night Test match on Indian soil a memorable occasion for everyone.

Yet, in the end, the huge difference in quality between the two teams turned out to be the primary talking point at Eden Gardens as the historic match did not even last for two and half days. It took just 968 balls for the Indian attack to bowl Bangladesh out twice in this fixture. This was the least number of deliveries a visiting team had ever faced in a Test on Indian soil.

Yes, as per expectations, the pink ball moved a lot more for the fast bowlers than the conventional red one, especially during the much talked about twilight period. Also, the bounce it generated troubled the batsmen with less technical prowess as quite a few Bangladeshi players were hit on the helmet by the Indian pace trio. Couple of them–Liton Das and Nayeem Hasan–were needed to be replaced by concussion substitutes.  However, batters like Virat Kohli, Cheteshwar Pujara, Ajinkya Rahane and even Mushfiqur Rahim from the visitor’s camp showed that with better application at the crease, there are runs to be scored even on these challenging conditions. 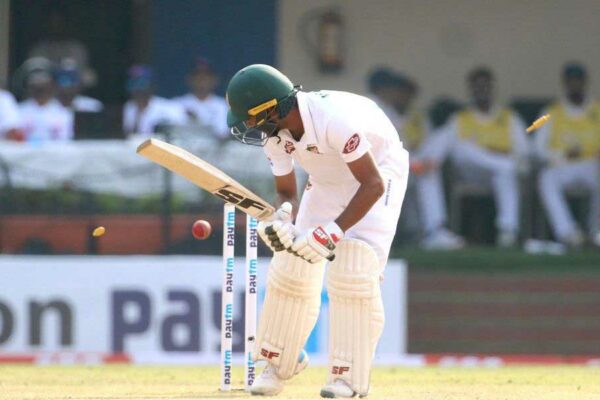 Indore: After being whitewashed in the recently-concluded Test series in India, Faf du Plessis, the South African skipper talked about the “mental scars” which he and his boys had to deal with at the end of that tough tour. Going forward, it won’t be surprising if Bangladesh’s Mominul Haque echoes Du Plessis at the end of the Eden Test, especially if India continues to be ruthlessness, as was evident in Indore.

On a pitch where Mayank Agarwal and other batters combined to get 493 for 6 in just 114 overs, their counterparts could last only 127.5 overs and they were 130 runs short of equalling India’s total. And it was India’s pace-trio which took 14 out of the 20 Bangladeshi wickets. Yes, the red-soil pitch offered a little bit of extra bounce but the visiting batsmen were clearly undone by the quality and class of the likes of Mohammed Shami, Umesh Yadav and Ishant Sharma.

To start with, winning the toss and batting first was a positive move on part of Mominul, who was captaining the Test team for the first time. However, not playing the third seam bowling option was a huge tactical blunder and Bangladesh realised it as the match progressed. 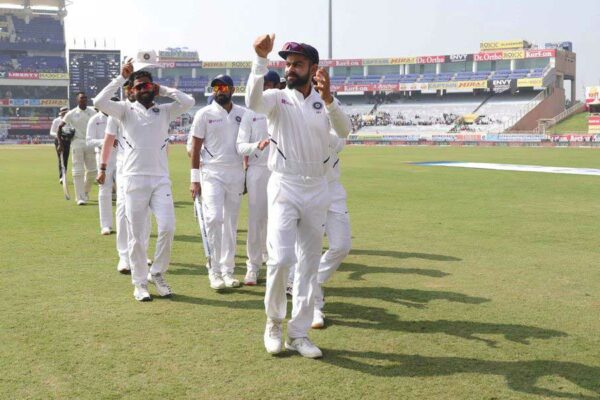 Ranchi: With 0-2 down, the Proteas came to Ranchi hoping for a turnaround and, of course, there were 40 World Test Championship points to play for. Unfortunately, a week later, Team South Africa is leaving the Jharkhand capital as a shattered unit.

Much like the previous two Tests, Indians showed no mercy and completely dominated in the final game as well. In hindsight, nothing worked for the South Africans–neither the plan of using a proxy in the toss nor the five changes effected in the playing XI. India outperformed the visitors in all three departments of the game.

The first hour of Day 1 was the only occasion in this game when they looked competitive. With the ball seaming around on a cloudy morning, Kagiso Rabada bowled a brilliant spell with the red cherry and was well backed up by Anrich Nortje. The duo got rid of three key Indian batters within the first 16 overs of the innings as India were tottering at 39 for 3. However, as we had seen throughout the series, the Proteas bowlers (especially spinners) yet again failed to seize that moment once the SG ball got older and softer. 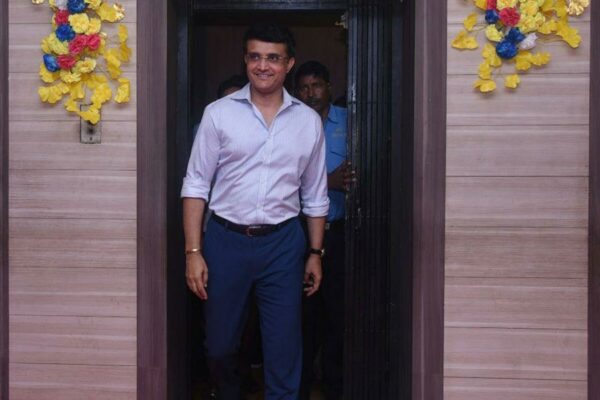 Amidst the chaos and disarray in the administration of Indian cricket in the past few years, the appointment of Sourav Ganguly as the head of the Board of Control for Cricket in India (BCCI) comes as a breath of fresh air. The former Indian captain will officially take charge of the board on October 23 and, as of now, his tenure is supposed to last nine months before he goes for his mandatory three-year ‘cooling-off period’.

During his playing days, ‘Dada’ was regarded as a players’ captain. Both on and off the field, he used to rally behind his boys whatever the circumstances, and always led from the front. Now, as the head of the BCCI, ‘The Prince of Calcutta’ is expected to deal with all the stakeholders of Indian cricket in a similar manner, much like his mentor and former president, the late Jagmohan Dalmiya.

The clout that the BCCI has come to acquire in world cricket today is primarily the outcome of Dalmiya’s crafty administrative skills. He changed Indian cricket forever through the revolutionary concept of selling television broadcast rights. It brought money into system, which was later utilised for grassroots and infrastructure development. 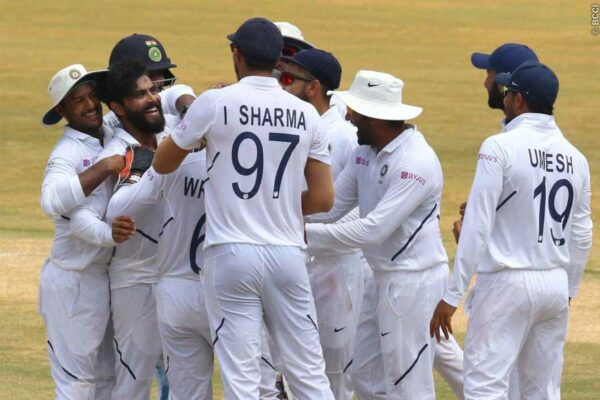 Visakhapatnam:  Beating India in a home Test is perhaps the toughest ask for any side in contemporary cricket. Despite scoring 431 in their first innings in reply to India’s 502 for 7, the Proteas eventually fell short by a significant margin of 203 runs in the inaugural Test of the Freedom Trophy and handed over the hosts their third consecutive Test triumph by 200 or more runs.

Coming into this coastal town, South Africa knew what they were up against in this series–a trial by spin on turning pitches. However, by skipper Faf du Plessis’s own admission, the pitch at the Dr Y S Rajasekhara Reddy ACA-VDCA Cricket Stadium was not as dry (read threatening) as some of the surfaces they encountered back in 2015. Furthermore, prior to the start of the game, the local meteorological department predicted chances of scattered rain on all five days of the Test match. Hence, on a pitch with a bit of moisture, the versatile South African attack was expected to test the mighty Indian batting line-up.

But the story of the match days turned out to be different. Apart from a passing shower on Day 1, the rain clouds mostly stayed away from Visakhapatnam and the pitch ended up being a slow turner, much like what we had experienced during the inaugural Test at this venue against England back in 2016. 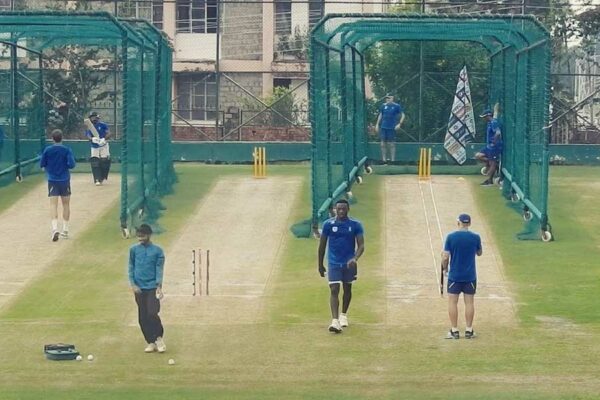 Ind vs SA: South Africa Banks on its Bowling Attack

Vishakhapatnam: The No 1 and 3 ranked Test teams are in town and they will square off with each other in a high-profile Test series kicking off tomorrow. Yet, there is hardly any buzz around in this coastal city. Barring a few curious faces outside the ACA-VDCA Stadium on the outskirts, it is hard to find fans here, who are genuinely looking forward to come to the ground and watch India and South Africa resume their red-ball rivalry. Even on social media, so far the pre-series chatter is subdued.

It seems the lack of expectations from an inexperienced Proteas side has resulted in this apathy amongst the fans here in India. They expect the mighty hosts to roll over their South African counterparts in one-sided contests at venues like Visakhapatnam, Pune and Ranchi, -where spin is likely dictate terms.

Well, it might be too early to call the series.