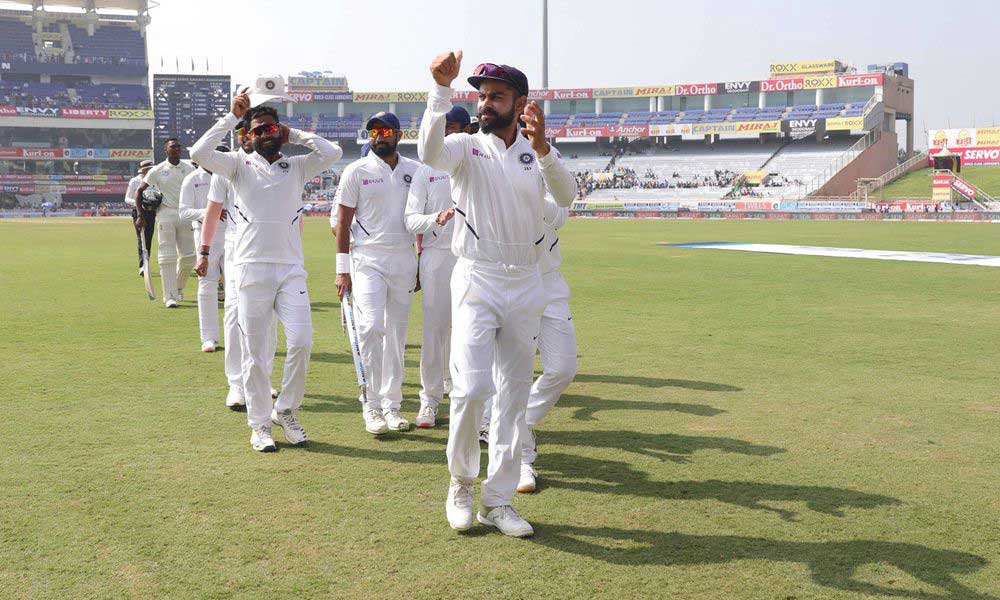 Ranchi: With 0-2 down, the Proteas came to Ranchi hoping for a turnaround and, of course, there were 40 World Test Championship points to play for. Unfortunately, a week later, Team South Africa is leaving the Jharkhand capital as a shattered unit.

Much like the previous two Tests, Indians showed no mercy and completely dominated in the final game as well. In hindsight, nothing worked for the South Africans–neither the plan of using a proxy in the toss nor the five changes effected in the playing XI. India outperformed the visitors in all three departments of the game.

The first hour of Day 1 was the only occasion in this game when they looked competitive. With the ball seaming around on a cloudy morning, Kagiso Rabada bowled a brilliant spell with the red cherry and was well backed up by Anrich Nortje. The duo got rid of three key Indian batters within the first 16 overs of the innings as India were tottering at 39 for 3. However, as we had seen throughout the series, the Proteas bowlers (especially spinners) yet again failed to seize that moment once the SG ball got older and softer.

Even on a turning track, the South African spinners were not able to capatilise on the platform which Rabada and other seamers provided them. Debutant George Linde was impressive but his partner Dane Piedt leaked a lot of runs from his end, which helped Indian batters to get going and release the early pressure.

For the hosts, Rohit Sharma continued his dream run as a Test opener at home along with his fellow Mumbaikar Ajinkya Rahane to bail India out of that early morning crisis with a 267-run fourth wicket stand. The uneven nature of the surface along with the gloomy weather conditions took a stern test of Rohit’s temperament as a Test batsman. But he came out with flying colours with his maiden double ton in the longest format of the game. The way Sharma applied himself initially, and then accelerated when the pitch settled down, talks a lot about his appetite to be successful in this format. Whether he can replicate this form in seaming pitches abroad remains the million dollar question though. Sharma’s strike-rate of 83.14 helped India to get to 497 before Tea on Day 2, despite losing almost an entire session due to rain on the previous evening.

Rahane, who had an average series prior to this Test, played the second fiddle and scored his first Test century at home in more than three years. The contribution of the lower-order is another takeaway for India from this Test. Ravindra Jadeja continued his batting resurgence with yet another half-century and anchored the innings after the fall of Sharma’s wicket. In fact, the last five Indian batmen contributed 127 runs, including an entertaining 10-ball 31 by Umesh Yadav.

With almost 500 runs in the kitty, Mohammed Shami and Umesh steamed in with the new ball and got rid of Dean Elger and Quinton de Kock–the only centurions in the Proteas camp in this series—with two vicious deliveries before bad light and rain forced close of play just five overs after Tea on Day 2. For many, that fiery 12-ball spell the duo bowled on that day is one of the highlights of this Test match.

Day 3 was even worse for South Africa as they lost 16 wickets, and yet again, it was the Indian pace attack which out-bowled the spinners on a turning pitch. Unlike their South African counterparts, right from ball one, Shami and Yadav attacked the stumps and got rewarded with 10 wickets in the game. They used the uneven bounce of this surface to their advantage to literally intimidate the Proteas with their pace and accuracy. And they were well backed-up by the three Indian spinners–Ravichandran Ashwin, Jadeja and the debutant left-arm orthodox Shahbaz Nadeem.

Nadeem’s debut is another talking point of the game. Less than 24 hours before the start of the Test, he was drafted in the squad as a back-up for Kuldeep Yadav, who was struggling with his left shoulder. The 30-year old Jharkhand cricketer came into this side with 15 years of First-Class experience and it was evident when he bowled four maidens back to back to start proceedings in international cricket. Nadeem eventually finished the match with match figures of 4 for 40 and triggered a run-out through a direct hit.

Meanwhile, having bowled out South Africa for 162 in the first innings, Kohli enforced follow-on for the second consecutive match. The match could have finished on Day 3 itself but the players had to come back on the fourth day due to bad light stopping play before schedule. Eventually, it took just 12 deliveries to complete the formalities today (October 22) as India secured their maiden series whitewash against South Africa. 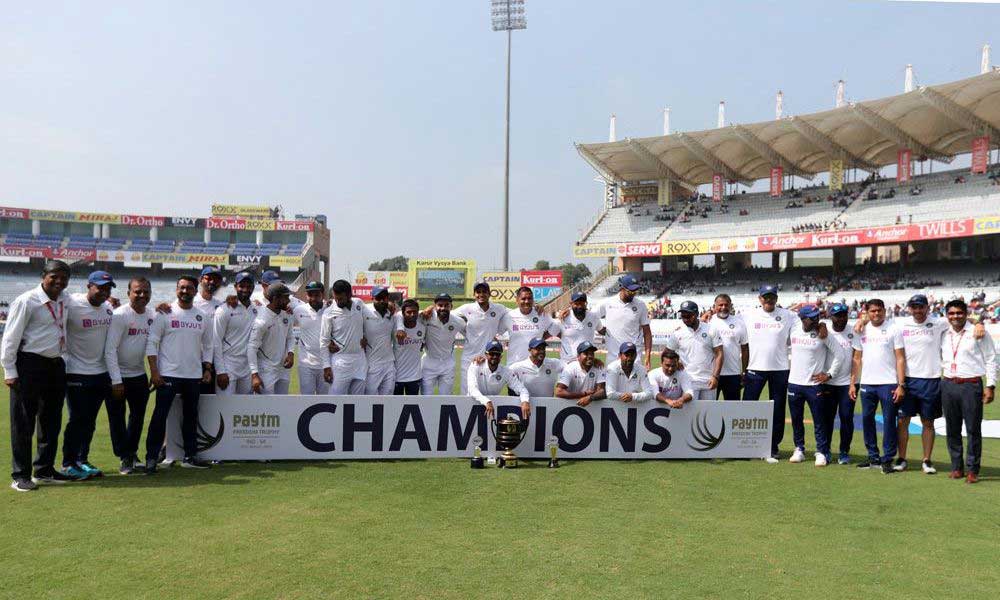 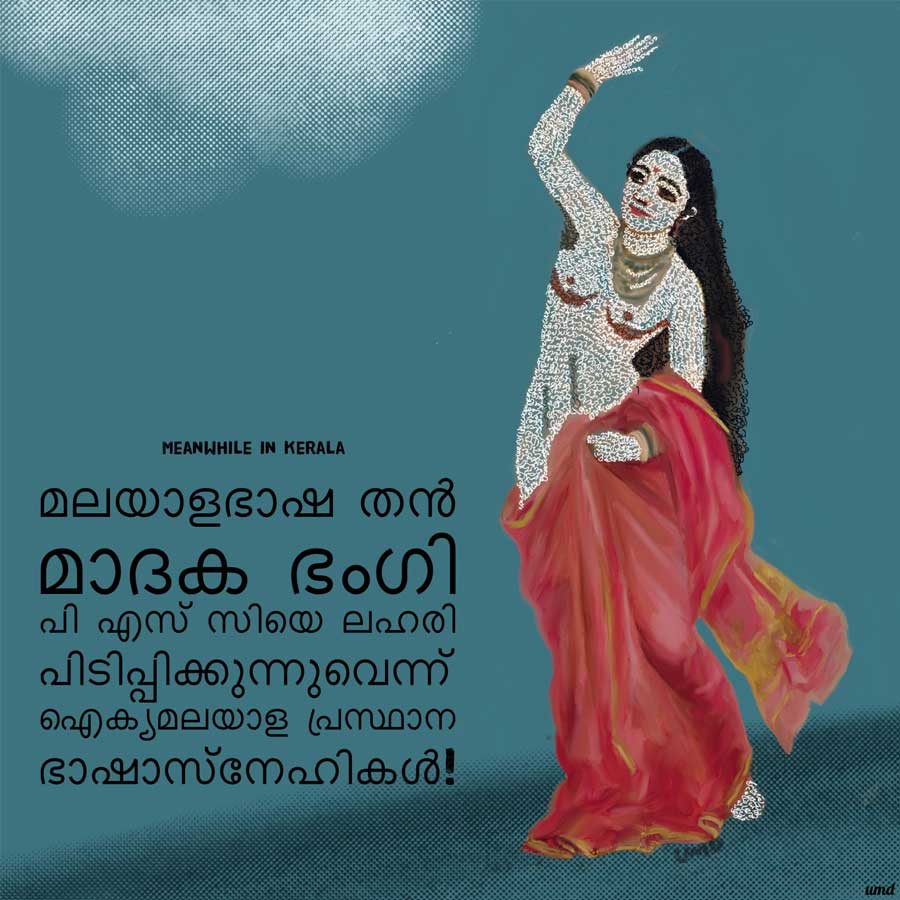