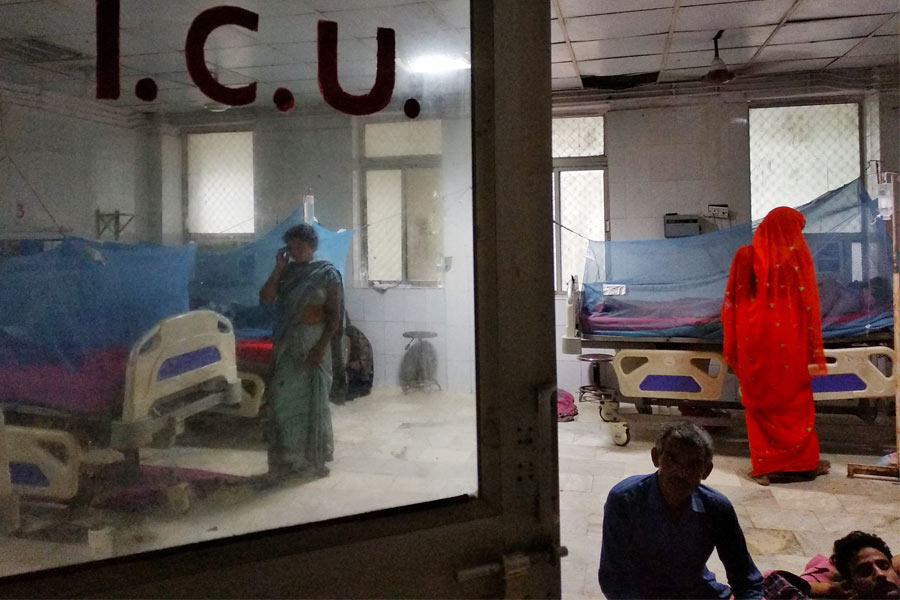 Dengue epidemic in Bihar: Centre and State in denial mode

Bihar’s capital Patna seems to be afflicted with unending woes. First the heavy rainfall, then flooding, followed by the dengue outbreak but the worst is the government’s denial that there is an epidemic in the state even as several BJP legislators and health officials have tested positive for the disease.

The cause of the outbreak

The incessant rainfall had affected nearly 20 lakh people across 90 blocks and 15 districts and 73 people lost their lives. Patna was the worst affected among the districts with more than 2 lakh people left stranded. With large areas still underwater it became the perfect breeding ground for vector- borne diseases—the city is besieged by an outbreak of  diseases like Dengue and Chikungunya.

PMCH received 110 cases out of which 105 dengue patients were from Patna city. Patna Divisional Commissioner Sanjay Kumar Agarwal had made a visit to PMCH to review conditions of patients and facilities. After meeting the Principal of PMCH, he advised them to pay special attention to the stock of platelets.

On a telephonic conversation, Dr Ragini Mishra, epidemiologist at the State Health Society, told The Kochi Post, “Till Saturday, 1920 people have tested positive for dengue in Patna alone and statewide nearly 2590 dengue cases were recorded. The health department counts as dengue cases only those cases confirmed through the ELISA test which are available at 9 sentinel sites in medical college and hospitals across Bihar.”

The virology lab in-charge Dr Sachidanand informed that PMCH, on October 11, received 116 cases of dengue of which 112 were from Patna.  He also added that virology lab is working on weekends to provide medical reports to the patients till the threat of vector borne disease outbreak reduces.

Since the outbreak of the disease this year, PMCH also recorded the highest inflow of 3141 patients with complaints of viral fever, dengue, chikungunya in Outdoor Patient Department (OPD) and 627 in the emergency ward in October mid-week.

On Sunday, department of Microbiology remained closed as three of its officials had fallen sick and tested positive for dengue informed a ward boy of PMCH. Closure of the central laboratory of Bihar few days back irked many patients. Shrikant Kumar, resident of Kankarbagh and retired corporation official furiously alleged that along with central lab, microbiology department of both PMCH and NMCH did not conduct any test despite witnessing spike in cases of dengue and chikungunya. This shows non serious attitude of the health department he added. The following day officials of virology department had to face anger of people due to non-availability of report. Availability of beds at PMCH is also a worrisome factor for the hospital management.

Talking to The Kochi Post, Patna Red Cross lab technician, Anshul Ranjan said that the Red Cross prepares 30 units of platelets everyday but that’s not enough to meet requirements due to increasing number of affected patients. The preparation of negative group platelets has also become a huge task.

State Health Society official on condition of anonymity informed that state health department did not expect such an outbreak as the central team revealed that nearly 20 per cent houses in Patna have larval index of aedes mosquito. The team concluded that Breteau index (BI) was 45 per cent. Breteau index (BI) is the number of positive containers per 100 houses inspected for a larva. A BI of more than 50 per cent qualifies as epidemic but this doesn’t mean epidemic threat doesn’t loom over the city.

In numerical terms, the present number of affected patients is far more than previous years. With utmost seriousness, department has roped in 60 additional machines for fumigation and spraying anti-larvae chemical which a week before was 24. Free check camps have been set up across city. Health department have made arrangements in 22 urban primary health centres in Patna to counter dengue but suddenly 20 of them have been found non-functional added the official.

Besides the misery of patients, people residing in west and east Patna are still facing the problem of waterlogging where malodourous, stagnant water has made the locality prone to disease.

As result of dengue some people have succumbed and died but health department denies this. As per media reports, last week 4 deaths were reported from Patna city. On Saturday, PMCH witnessed the death of a 15-year-old boy who hailed from Nalanda district. This is contested by PMCH director, Dr Rajiv Ranjan Prasad, claims it to be case of juvenile diabetes combined with dengue. Principal Secretary, health department and executive director of State Health Society disagrees these deaths are a result of dengue. This includes Rajeev Lochan, lawyer of Patna High Court, whose death saw the protest by lawyers across the city.

Couple of weeks back, health department secretary Sanjay Kumar also denied a spike in cases of dengue and claimed the number of patients testing positive for dengue was actually falling until the recent upsurge, which he blamed on a “seasonal occurrence” and not waterlogging.

Same was the tone of the Union minister of state for health Ashwini Kumar Choubey who visited PMCH on Tuesday dismissing possibility of dengue epidemic in Bihar.

A team of scientists and medical experts of Rajendra Memorial Research Institute of Medical Sciences, Patna conducted a survey of each house in waterlogged areas with an aim to find out the dengue and chikungunya mosquitos and their larvae. An 8-member team headed by Dr. Ashok Kumar Sinha visited Saidpur, Biscomaun colony, Kadamkuan and Jagat Narayan road.

Last year 2022 people tested positive for dengue whereas this year the number of infected patients surpassed the previous tally showcasing the helplessness of the state government, civic bodies and health department. 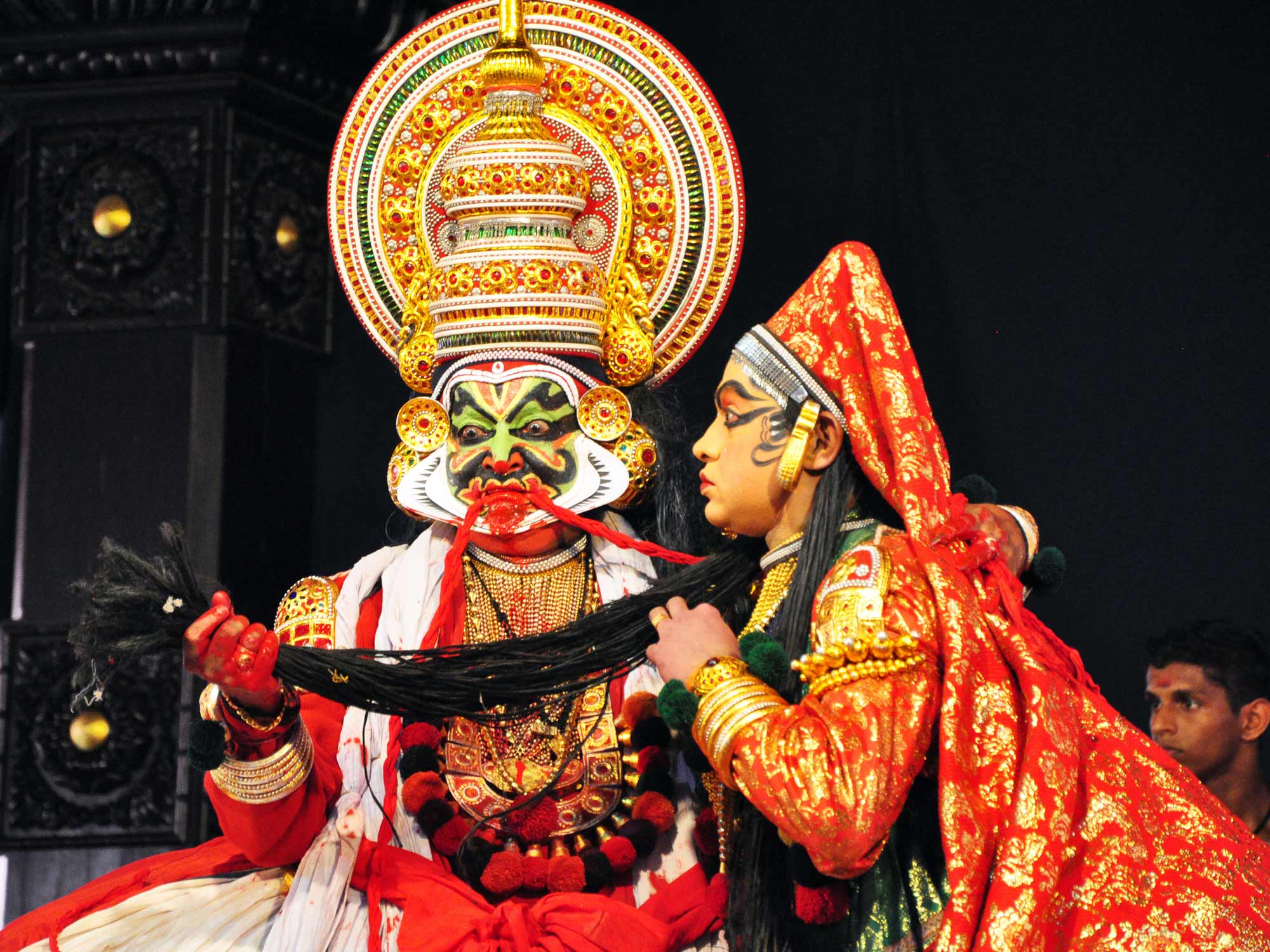