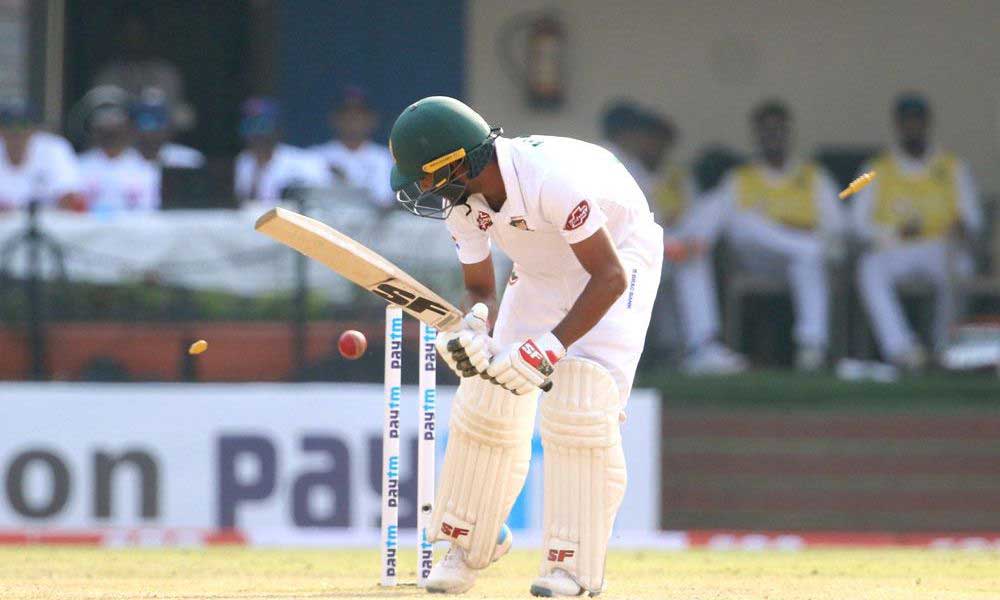 Indore: After being whitewashed in the recently-concluded Test series in India, Faf du Plessis, the South African skipper talked about the “mental scars” which he and his boys had to deal with at the end of that tough tour. Going forward, it won’t be surprising if Bangladesh’s Mominul Haque echoes Du Plessis at the end of the Eden Test, especially if India continues to be ruthlessness, as was evident in Indore.

On a pitch where Mayank Agarwal and other batters combined to get 493 for 6 in just 114 overs, their counterparts could last only 127.5 overs and they were 130 runs short of equalling India’s total. And it was India’s pace-trio which took 14 out of the 20 Bangladeshi wickets. Yes, the red-soil pitch offered a little bit of extra bounce but the visiting batsmen were clearly undone by the quality and class of the likes of Mohammed Shami, Umesh Yadav and Ishant Sharma.

To start with, winning the toss and batting first was a positive move on part of Mominul, who was captaining the Test team for the first time. However, not playing the third seam bowling option was a huge tactical blunder and Bangladesh realised it as the match progressed.

Nevertheless, while batting first in the first hour of Day 1, the visitors had no idea of dealing with the seam and swing that Sharma and Yadav were extracting out of the greenish pitch. It took Mominul Haque and Mushfiqur Rahim–two of Bangladesh’s most technically sound batters to bail the team out from a precarious 31 for 3. As the day progressed, the condition eased out and the duo was looking settled at the crease with a 68-run stand.

In the series against South Africa, taking wickets with the 40-odd overs old ball was the only area in which the Indian attack fumbled a little. But here in Indore, they showcased a tremendous improvement on this aspect as reverse swing triggered Bangladesh’s downfall in the latter half of their first innings.

From a fighting 99 for 3, Bangladesh got bowled out for 150 and completely let the toss advantage go. Barring Mushfiqur (43) and Mominul (37), there was no significant contribution whatsoever from rest of their batters. For India, it was Ravichandran Ashwin who first opened the floodgates with a beautifully disguised slider to get rid of the Bangladesh skipper; and later, the pace trio took control of the proceedings. Like a house of cards, the Banladesh middle-order crumbled under pressure.

Having bowled the opponent out for a modest score, things went into auto-pilot mode for India. Despite Bangladesh seamers bowling a tight opening spell with the new ball getting the priced scalps of Rohit Sharma and Virat Kohli cheaply, the rest of the batting unit did their job with utmost professionalism. And it was Mayank Aggarwal who stood out with a career best 243–his second double hundred in Tests in eight matches.

Earlier in his innings, he was given a life by Imrul Kayes at the first slip but like any good batsman, Aggarwal made Bangladesh pay for the missed opportunity. He showed a lot of application when Abu Jayed bowled a tight spell. But with no back-up pacer, the visitors couldn’t hold on to the pressure they created. Having got the measure of the conditions and the bowling attack, the Bengaluru boy unleashed himself with his free-flowing batsmanship.

Others like Cheteshwar Pujara (54), Ajinkya Rahane (86) and Ravindra Jadeja (60) too played their part as India batted Bangladesh out of the Test with a lead of 343 runs. Also, let’s not forget the entertaining 25 runs which Umesh scored off just 10 deliveries using his long handle, much like what he did in Ranchi last month.

On Day 3, when Bangladesh came out to bat in the second innings, the only challenge for them was to delay the inevitable Indian victory as much as possible.

Unfortunately, they could only drag the game till the post-Tea session as even on a third-day pitch, the pacers once again had the measure of Bangladesh with their accuracy in length and late swing. In fact, according to Mominul, the lateral movement was so much that he felt it was a good warm-up before the much-anticipated pink-ball Test Kolkata, where the ball is expected to do a lot more.

“I don’t think we will face more swing than we did today. I think today was good practice. Pink ball will be challenging, but we must take it positively,” the Bangladesh captain said at the post-match presser.

Mushfiqur once again was the lone warrior for the visiting team with a scratchy 64. Few other batsmen got starts but couldn’t capitalise as the pacers ran amok. None of the Indian pacers seemed like they need the extra movement which the pink-ball will offer in Kolkata. But for many it will be a true spectacle to watch these bowlers bowl under lights. 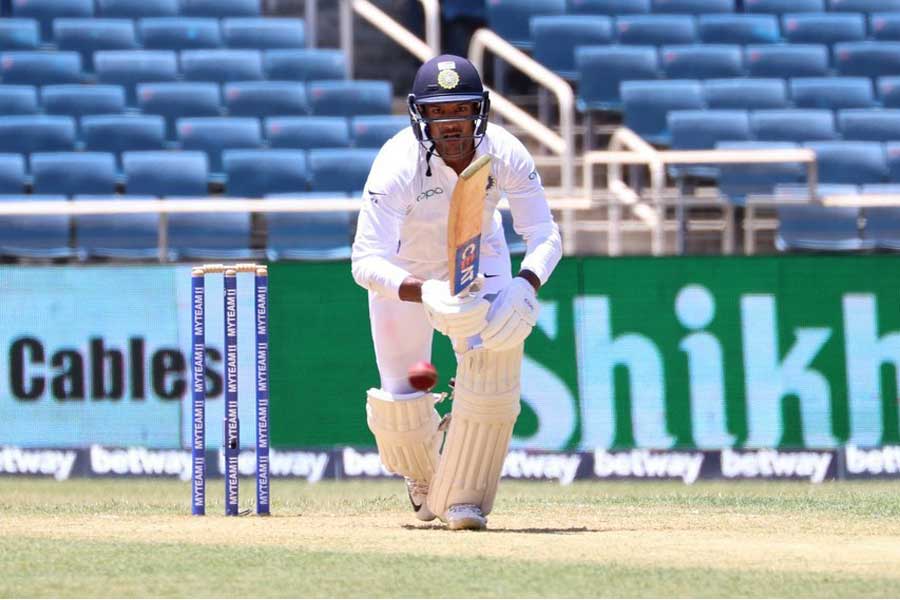 Mayank Agarwal: A Story of Perseverance and Grit