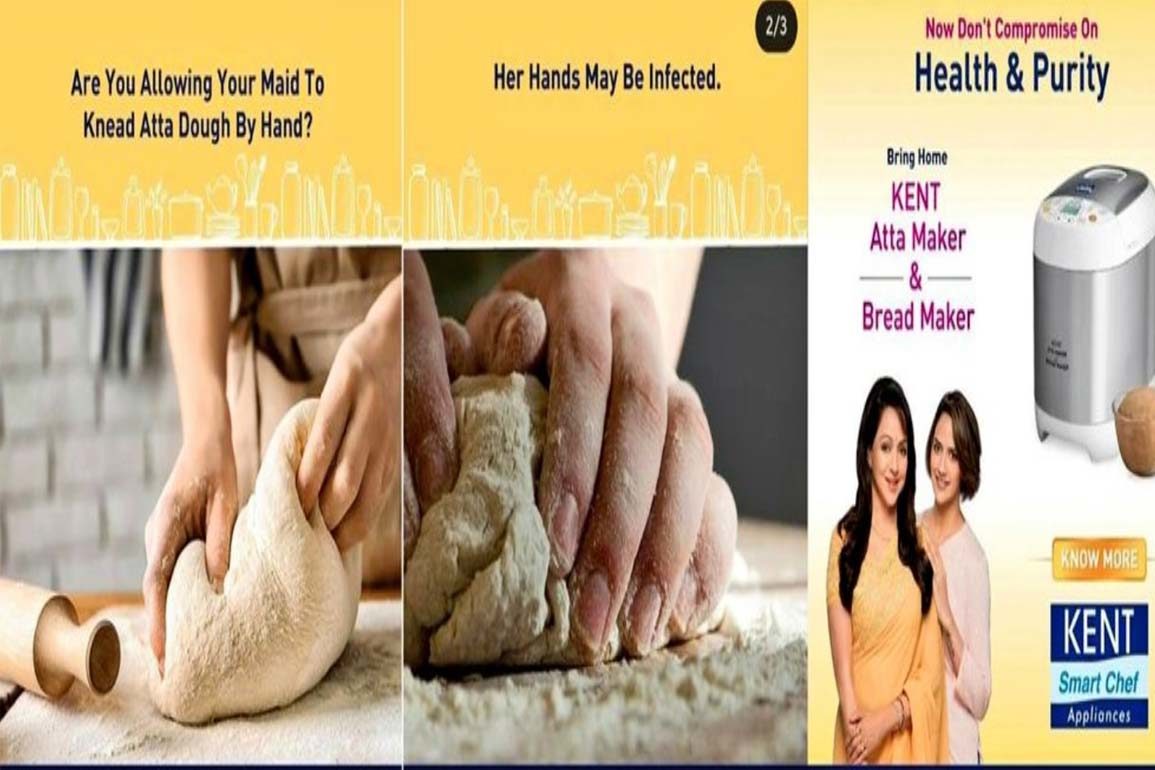 India is not only fighting Covid-19 but also a humanitarian crisis involving the migrant labourers following the nation-wide lockdown. These migrant labourers don’t just include the construction workers but local vegetable and fruits vendors, street hawkers, delivery boys, car-cleaners as well as our domestic helps. Most of them have been out of work due to the lockdown.

The lockdown to a large extend has made the middle and upper-middle classes realise the importance of this section of community, especially domestic helps. Now, with the relaxation on lockdown restrictions, domestic helps have resumed work in many houses, while the others are eagerly waiting.

Amid this, Kent RO systems, a popular household appliance maker, put out an advertisement for their automated atta and bread maker. The advertisement reads, “Are you allowing your maid to knead atta dough by hand? Her hands may be infected. Let automation take care of hygiene this time!” The advertisement, featuring brand ambassador Hema Malini and her daughter Esha Deol, portrayed house helps in a bad light by depicting them as carriers of infection. The advertisement creative goes on to say, “Now, don’t compromise on health and purity.”

The Kochi Post spoke to sociologists to understand the psyche of the people behind the advertisement. “It’s a deeply classist advertisement. It is associating squalor, cleanliness, and questionable hygiene with a particular economic strata, represented by the maid. Not only is this problematic but it is also deeply offensive and insensitive. It is in effect accusing the same economic strata for the spread of a pandemic and exposing them to ostracization and stigmatisation, putting their lives and livelihoods at stake,” says Dr Gopi Devdutt Tripathy, Associate Professor, Department of Sociology, Maitreyi College, University of Delhi.

Adding to this point, Dr Devisha Sasidevan, Assistant Professor, Centre for livelihood and Social Innovations, TISS Mumbai says, “Not only is the advertisement is classist and casteist but also has a tone of gender-based discrimination, as most of the domestic helps are women. Prejudice in India has largely been around caste, religion, and gender and in recent years; now, a new dimension, class, has been added. The segments that the lockdown has hit the hardest are workers and daily-wage earners. Our policymakers and politicians seem to have forgotten them barring some state governments.’

This Kent Ad provoked some thoughts. In a classist way the ad suggests that only a maid’s hand could be unclean. As a working woman who’s life has been made easy by maids, I am indebted to these women who slog their ass to feed their families. Pity that Ad maker ridicules it. pic.twitter.com/6Z2ngK3Hny

Following social media outrage, Mahesh Gupta, company chairman, issued a statement on social media platforms Facebook and Twitter apologising for the advertisement. “Please accept our sincere apologies for having published the Ad of Kent Atta & Bread Maker. It was unintentional but wrongly communicated and it has been withdrawn. We support and respect all sections of society.” However, Kent RO system does not carry the apology on its website.

The apology is nothing but damage control, states Dr Devisha. “It is appalling to see how a corporate company tried to cash in. What is more disturbing is, this creative must have gone through multiple levels of approvals like any other corporate house before approval by the so-called managerial intellects. The advertisement is wrong at multiple levels.”

At a time we hear heart-wrecking stories of our migrant-class struggle during the time of the pandemic, an advertisement of this type will only cause more trouble, feels Dr Gopi. She says, “As it is, the informal sector is among the worst hit by the current circumstances, and this sort of advertising is pushing them even further towards the margins.”

Actor and BJP lawmaker Hema Malini issued a statement disassociating herself from the controversial advertisement by the company Kent RO Systems by calling it “inappropriate” and said that it doesn’t resonate with her values. “I respect and stand by all sections of society,” she said in her statement. Anuja Chauhan, writer and former Vice President and executive creative head of JWT, in a Facebook post said it was shameful: 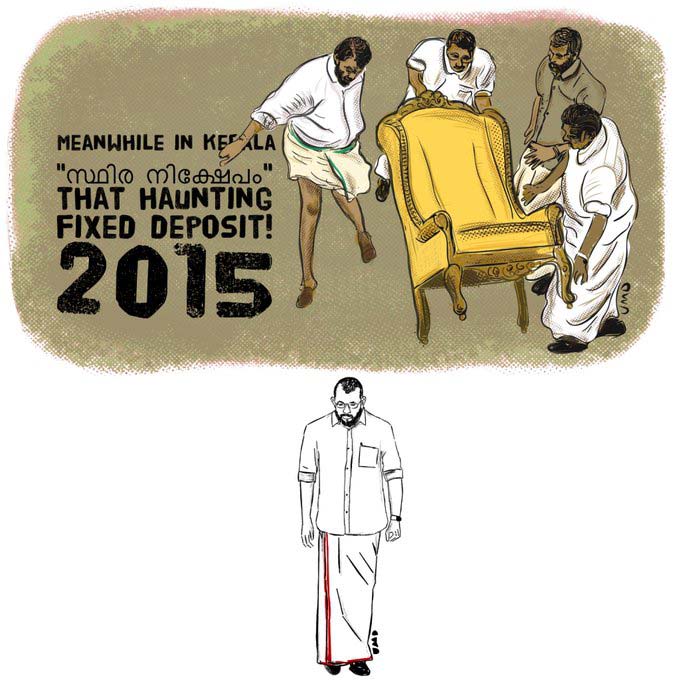