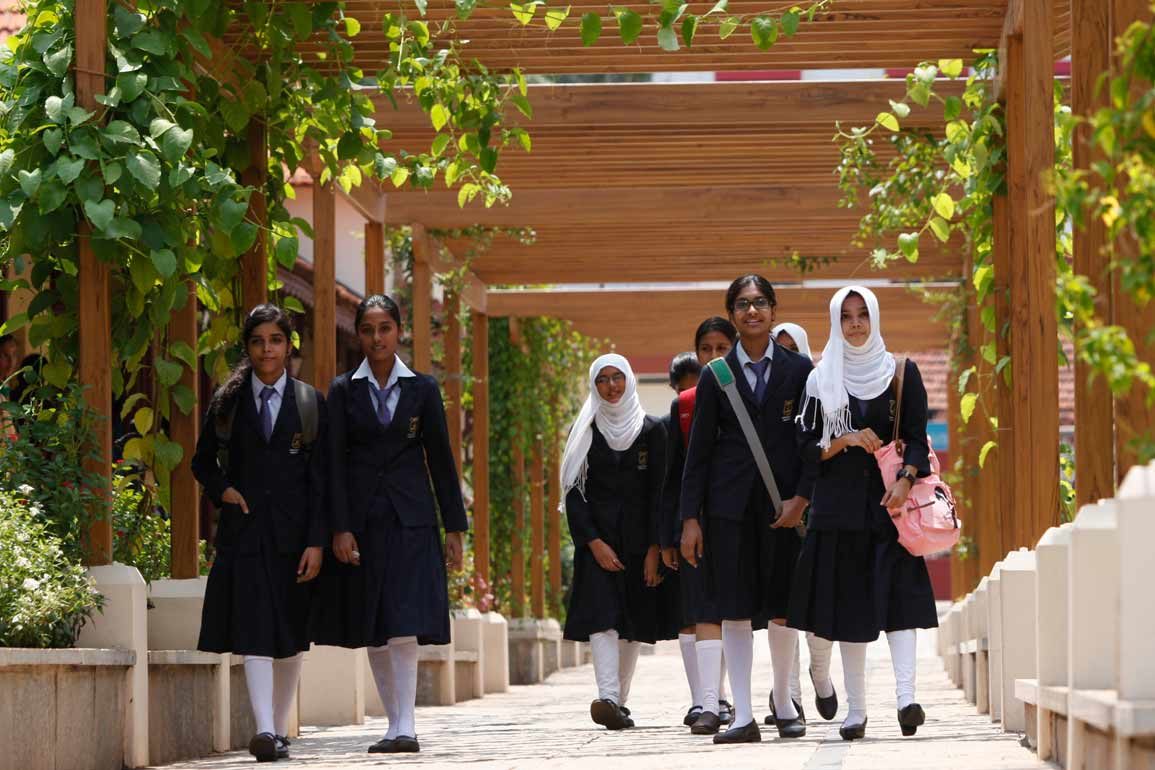 Kerala as an education hub: Is it doable?

It should be music to the ears of all Keralites that the Chief Minister of Kerala is now keen to develop the state as an attractive education hub; first, for the aspirational youth of Kerala and, also, for those from other states who covet quality higher education. If we take ourselves seriously, we could even reach a stage in the not-too-distant future when students from other Asian countries come to Kerala for higher education. I would like to believe that the Chief Minister is a man of his words; hence the following reflections.

I offer these thoughts in my capacity as a one-time educational refugee who had to go out of Kerala, which I could then ill-afford, in search of better higher education.  I wish I didn’t have to, though I am not unhappy that I got an opportunity to study in Delhi University through St. Stephen’s College. My tenure as the Principal of that college has given me ample first-hand experiences of how keen overseas universities are to enter into partnerships with well-run educational institutions in India.

Through a policy framework I enlarged opportunities for students from Kerala to be enrolled in St. Stephen’s. I didn’t do it for parochial reasons. I did it because I had faith in the capacity of our young aspirants to excel in education. I was not disappointed in this. I mention this on purpose. These very students, had they continued in Kerala, might not, perhaps, have excelled as much as they did. It is important to reckon this. This points to something that needs to change, if the Chief Minister is to attain the goal he has now espoused.

It is not student-talent or academic aptitudes that Kerala lacks. It is appropriate institutional support and cultural motivation that our students are denied. For several decades now, we have languished under wilful negativity to our own best interest. We have allowed ourselves to be possessed by the demon of negativity and academic self-denigration. Our enrolment ratio in higher education has always been better than the national average. But we did not bother to develop educational institutions of national excellence. We progressed in quantity and regressed in quality. Rather than prioritize the unapologetic development of a culture of pursuing excellence in education, we allowed an array of hindrances to crop up and swell in the state. Little has been done to help students develop a sense of pride about excelling in studies. As a result, they developed alternate sites of pride. This was abetted by our poor employment generation track-record.

There is one thing that educationists all over the world readily agree on. That is the importance of the learning milieu. Such a milieu needs to be nourished and fortified by a ‘tradition’. A dynamic tradition, understood in a forward-looking sense, is a powerful catalyst for the educational empowerment of every learner. Even potentially excellent students become incrementally lacklustre being borne down by a negative learning milieu burdened further by encrustations of mediocrity in teachers. Experiences from around the world prove that aggressive politicization of college and university campuses is inimical to developing traditions of excellence in education necessary to sustain joyful, keen positivity in the learning milieu. Expecting students to excel in learning in a milieu loaded with extra-campus distractions, negativities, conflicts, and poor teacher-student and student-institution relationship is absurd.

The autonomy of institutions of learning is a basic requirement for preserving the learning milieu positive and excellence-oriented. As John Dewey, the American philosopher of education, points out in Democracy and Education, the public needs to appreciate the complexity of the learning process and respect the autonomy of institutions of learning. The two most difficult tasks anyone can undertake, says Bertrand Russell, are (a) to govern a country and (b) to educate its citizens. This is least understood or respected in Kerala. Often one gets the impression that everyone except the head of the given institution is an expert on what needs to happen therein. Principals seem timid and tentative, as though walking in mine-fields. This is tantamount to educational paralysis. As the Chinese philosopher Confucius said, “Do not choose a man you can’t trust; also, do not distrust the man you choose.” Administrators in education need to be the best available minds and, also, the most empowered. The plight of visionaries in education who are choked in the implementation of their vision is worse than that of those condemned to penal servitude.

On the analogy of the COVID-19-context ‘break-the-chain’ endeavour, we need to launch, in the sphere of education, a ‘break-the-vicious-cycle’ campaign with earnestness. Mediocre education throws up mediocre teachers who, in turn, produce generations of mediocre students from which pool further mediocre teachers are recruited. This has gone on for too long, and it is high time this chain of educational self-strangulation is broken.

Perhaps the most formidable hindrance to the pursuit of excellence in higher education in Kerala is corruption. Somehow neither the unique tradition of navodhana (religious renaissance) nor of missionary work in education, nor of cultural-literary renaissance helps to contain this endemic moral disease in our public life. Corruption and pursuit of excellence are like day and night. They can’t coexist. Regrettably we have institutionalized corruption in education. Perhaps a beginning could be made by abolishing the nefarious ‘management quota’ in college admissions, which is a license for unabashed corruption. Astronomical levels of corruption in teacher-appoints is a festering scandal in the state. While religious minorities must have the right to appoint teachers preferentially from their communities, no one should be allowed to abuse it as an alibi for poisoning education and, thereby, the character of the state. The Chief Minister needs to demonstrate earnestness of purpose by daring to bell the proverbial cat.

Mostly mediocre candidates secure employment via bribes. We fool ourselves if we believe that oil of excellence can be squeezed out of stones of mediocrity. The mediocre infect institutions with a poor work culture, besides torturing students with their incompetence in domain knowledge. Worse, they harbour all along sub-clinical resentment towards their institutions for robbing them at gun point. No principal will be able to command respect or moral authority with those he has been a party to defrauding. Institutional discipline suffers a body-blow as a result. The Chief Minister will prove himself either insincere or cowardly, if he talks of developing Kerala into a hub for educational excellence, for which the potential does exist, and goofs-up on its delivery for fear of backlash from entrenched vested interests, given that he is moving into an election year.

The Chief Minister is absolutely on the ball when he connects the intent to attract industries likely to re-locate themselves from China—which could gather momentum in the near future- to the need to attain robustness in education. A globally attractive manufacturing destination cannot be viable without world-class higher and technical education facilities. The way Kerala, under his leadership and the  quietly efficient supervision of Shailaja Teacher, has battled COVID-19 has captured global imagination and created appreciable international respect for the state. Surely, the Chief Minister knows that quality of education is an important index to the global image of a state or country, with standards of public health care running a close second. It is obvious that the importance that the CM now perceives in respect of quality higher education has dawned on him from this scenario. This invests our hopes in this regard with a higher order of plausibility. 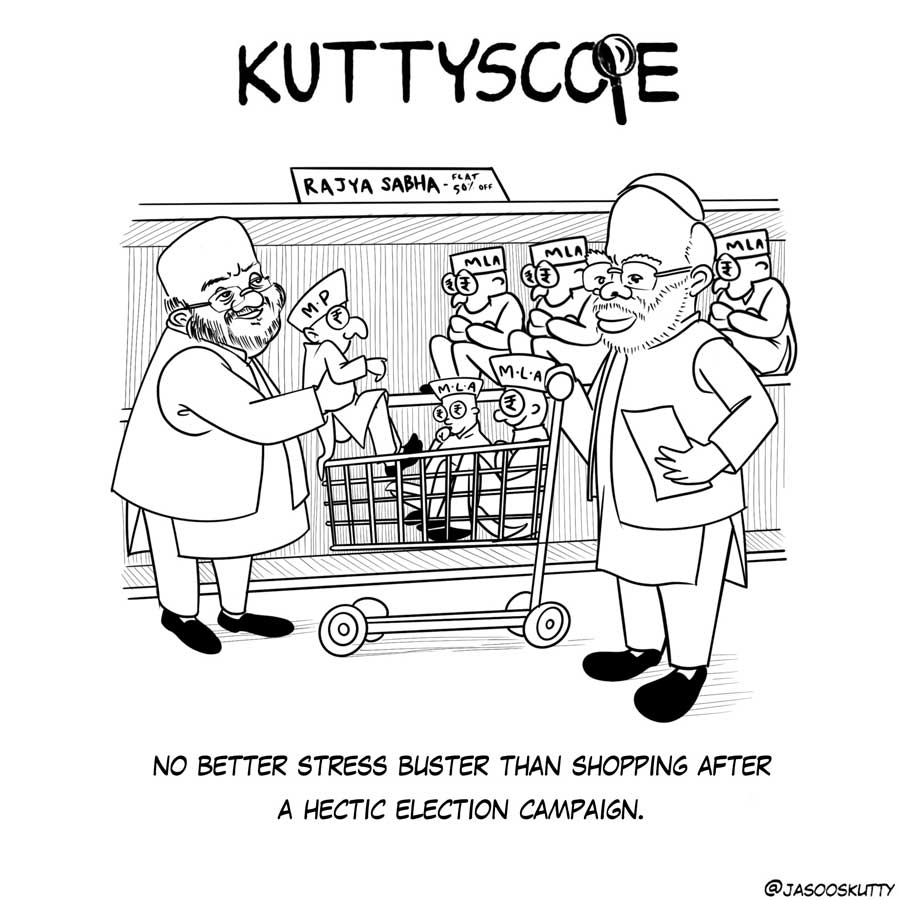