The renovated Enath bridge, one of the State’s busiest bridges, was opened to the public in Kollam by State Minister for Public Works G. Sudhakaran on Thursday. The bridge was found in a damaged condition in January 2017 and following this traffic over the bridge was temporarily stopped. The bridge which was built in 1998, connects Kollam and Pathanamthitta districts and is located on MC Road.

The public was having a rough time owing to the bridge’s closure for reconstruction activities. Considering this as well as the heavy road block caused by the bridge’s demolition, a Bailey bridge was constructed, allowing the passage of small vehicles, in April. The Bailey bridge, which is a pre-fabricated, portable bridge, was built by the Army engineering team from Chennai.

Chief Minister Pinarayi Vijayan, while inaugurating this bridge had assured the public that the renovation work of Enath bridge would be completed before Onam. The bridge renovation was done by Kerala State Transport Project (KSTP). A private company EKK Infrastructure, Perumbavoor, had got involved in the work on contract basis. “I guess it is the first time in the history of PWD, a bridge renovation is being completed within stipulated time and that too very fast. It took only seven months. This is a great achievement for the Government as well as the Department,” said Unnikrishnan Nair, PWD Kollam divisional officer.

It was during this time a maintenance work was progressing on MC Road from Kazhakkoottam to Adoor. The work, undertaken by KSTP, was being carried out by EKK Infrastructure. The same company took up the bridge renovation work and the task was commenced immediately.

“Soon after the bridge got damaged, we had consulted Dr. P. K Aravindan, an expert in structural engineering. His idea was to keep the span as such and then replace the well foundations with piles. It has considerably reduced the expenses. It cost only Rs.5.94 crore for us. If the bridge was reconstructed completely, then the cost would have crossed Rs.30 crore. It has brought down the cost as well as time. While constructing the piles, the spans were supported by steel truss,” said Deepu S., Superintending engineer, KSTP.

The inaugural function was held at Kulakkada and was presided over by Kottarakkara MLA Aisha Potty. The function was attended by Chittayam Gopakumar MLA, K. B. Ganesh Kumar MLA and Rajya Sabha MP Adv. K. Somaprasad.

Cover image has been taken from a Facebook group ‘Enathu Bridge‘. 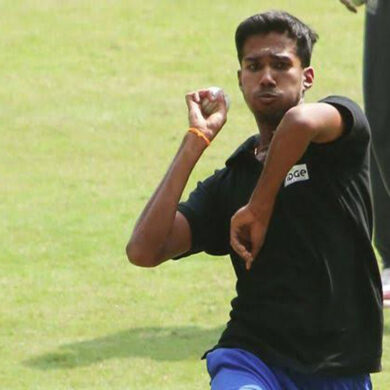