The Kerala police have invoked non-bailable charges, pertaining to house trespassing with intent to outrage the modesty of a woman, against M Radhakrishnan, proof reader with the Kerala Kaumudi daily and, the powerful secretary of Thiruvananthapuram Press Club. However, the issue remains either unreported or under-reported in the mainstream Malayalam dailies and news channels in Kerala.

Other than a small report in the ‘state’ page of Madhyamam daily on Monday, media establishments in the vernacular have feigned ignorance about the whole issue despite the Kerala chapter of Network of Women in Media (NWMI) taking up the matter and approaching Chief Minister, Pinarayi Vijayan, seeking his intervention to ensure justice to the woman journalist, who, incidentally, is a colleague of Radhakrishnan in the same media house.

While the Kerala Union of Working Journalists (KUWJ) removed Radhakrishnan from its primary membership pending inquiry within hours of the woman journalist lodging a police complaint and one with the editor of the daily seeking Radhakrishnan’s removal from the post of proof reader. On the other hand, the press club has not yet initiated any action against its secretary who is known to wield tremendous influence in the corridors of power in the state capital.

The issue gained national attention with The Times of India and The New Indian Express reporting it prominently along with Malayalam news portals Azhimukham and Asianet Online. News agency Press Trust of India (PTI) had also reported it, forcing many newspapers and portals outside Kerala to carry the report.

Women journalists in Kerala, after their interventions to get the issue treated as a news item in the male-dominated newsrooms of the state failed, are now engaged in a high-voltage social media campaign expressing solidarity with the complainant. On predicable lines, the accused and his friends in the fraternity have also initiated a social media campaign casting aspersions on the complainant.

As per the complaint lodged with the Pettah police station, the incident occurred on Saturday night in the neighbourhood where the woman journalist and Radhakrishnan live. When a male colleague of the woman journalist visited her house at around 10 pm, Radhakrishnan allegedly mobilised a group of men and barged into her house, accusing the two of having an extramarital affair. They dismissed the woman’s clarification that the male colleague is a family friend, and that he visited her to hand over chart papers she had asked him to buy for her daughters. The woman journalist, in her complaint to the police, stated that she had asked her friend to get the chart papers since her husband, also a sub-editor with another newspaper, had been working night shifts.

According to the police, the men had dragged the woman journalist and her colleague inside the house and assaulted them in front of her daughters, aged eight and seven. They even tried to prevent her from contacting her husband over the phone.

The attackers also accused the male colleague of having a similar relationship with another woman, in the same organisation. The latter has also lodged a complaint against Radhakrishnan with the Kerala Kaumudi editor. The management of the newspaper has begun an internal probe into the issue.

The police have booked Radhakrishnan under various sections, including non-bailable charges of house-trespassing to commit an offence, which if proven, could get him seven years of imprisonment. The sections invoked include 451 of IPC (house trespass), 341 of IPC (wrongful restraining), 354 of IPC (assault on woman to outrage her modesty) and 323 of IPC (voluntarily causing hurt). Radhakrishnan has claimed that he was only trying to defuse the situation when neighbours detained his colleagues on questionable grounds.

As the NWMI mentioned in their petition to the editor of the daily, one can only imagine the terror experienced by the children of the victim, when a group of persons violated the safe space of their home and harassed and assaulted their mother in front of them. If the Malayalam dailies had reported the incident with the importance it deserved, it would have been a deterrent.

What transpired in the aftermath is a clear example of the tacit understanding existing in the Malayalam media fraternity, known for its bold stand against gender-related violence involving people outside the journalistic realm.

Every media organisation has its own priorities and prerogatives. But that must not be an excuse to hide facts relating to a grave crime solely because one among the accused hail from the same industry. In this case, the complainant and her husband also belong to the media fraternity. But the silence on the part of the watchdog is helping to protect the interests of the criminals, who have no regard for individual freedom and privacy.

In a functional democracy, it is the duty of the media to stand with victims of all organised crimes, including gender-related violence, and expose those responsible disregarding their power and influence.

Update: Police have registered the arrest of M Radhakrishnan. 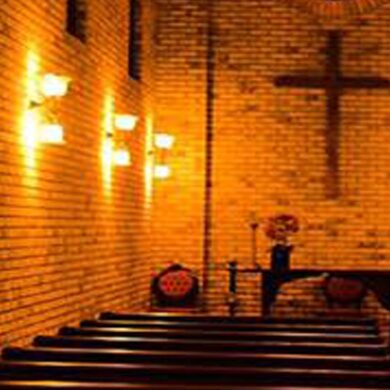