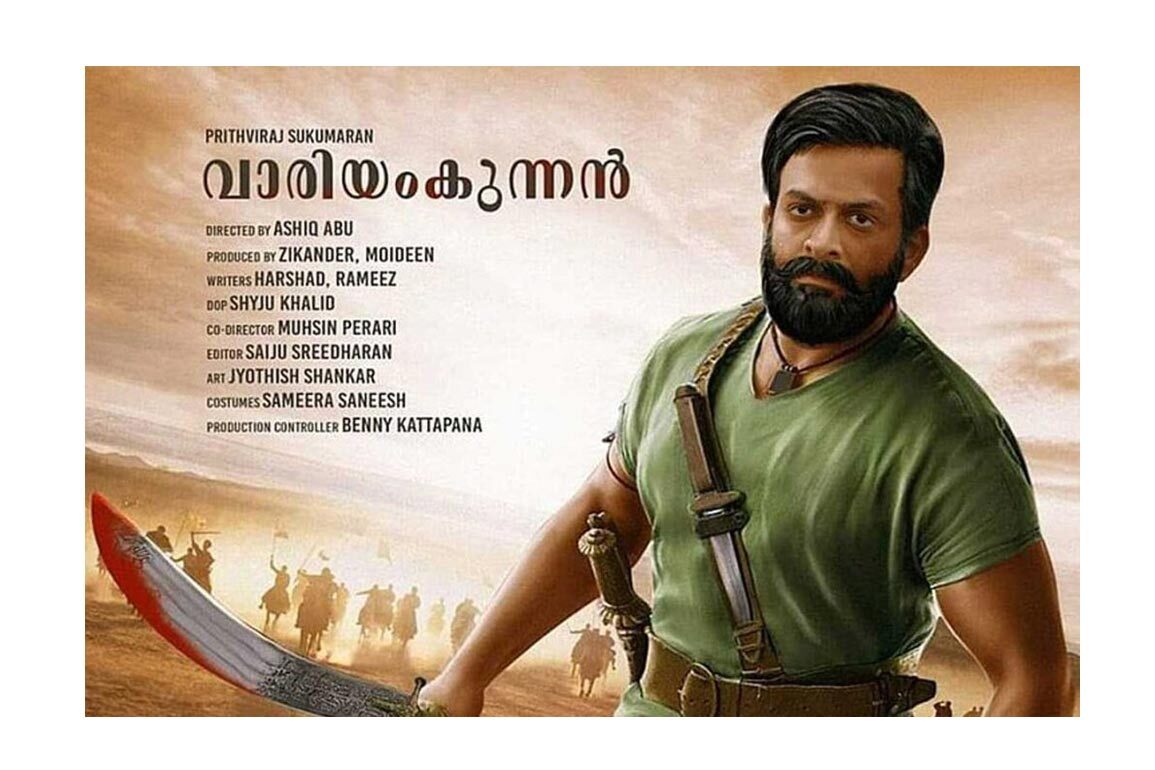 A debate has erupted in Kerala after actor, Prithviraj Sukumaran, announced his new film titled Vaariyamkunnan, to be directed by Aashiq Abu, on Facebook. The film is based on Variyamkunnath Kunhahammed Haji who is considered by many as the hero of the Malabar Rebellion or Mappila Riots of 1921—an uprising against the British.

Soon after Prithviraj made the announcement in which he will be donning the title role, film maker and former MLA, P T Kunju Muhammed, announced another film named Shaheed Vaariyamkunnan on the same topic. “I have been thinking about such a film and now I have finalized it. It does not matter that Aashiq Abu is also making a film on Haji,” Kunju Muhammed said while announcing his movie.

Malabar Rebellion or Mappila Riots of 1921 has been a controversial topic historically and politically as the rightwing including the BJP, the RSS and the Hindu Aikya Vedi have tried to change the narrative and have termed the riots a planned attack on the Hindus of Valluvanad and Eranad taluks in Malappuram. The rightwing organizations have been time and again raising the issue of the alleged misrepresentation of history in connection with the 1921 riots.

There have been massive campaigns among the rightwing groups on social media of late attacking the plans to celebrate the anniversary of 1921 revolt. According to them it was a communal riot in which Hindus of Valluvanad and Eranad were subjected to abject brutality so that the Muslims could set up an Islamic state in the region.

Prithviraj’s announcement where he called Variyamkunnam Kunhahammed Haji a ‘legend’ and a ‘patriot’ riled the right wing groups who launched a massive social media campaign against the actor and director Aashiq Abu.

Both directors Aashiq Abu and Kunju Muhammed have been open in their support to the CPM. Muhammed was earlier elected as an Independent MLA from Guruvayur assembly segment with the LDF support and Abu was a SFI activist during his college days. The directors have also made it clear that their films would be from their point of view and Variyamkunnath Kunhahammed Haji would be their hero.

Citing historians like K M Panikkar, Kunju Muhammed said that Muslim landlords were also killed by rioters comprising Muslims and Hindus during the uprising and only the landlords in both the communities who supported British were attacked. Reacting to the controversy Abu said that he was expecting such criticisms but according to him it was not a riot but a civilian uprising against the British.

Soon after the announcement by these two directors, film director and BJP state committee member, Ali Akbar, announced on FB that in 2021 he too would be coming up with a movie to bring to fore the ‘hidden’ episodes of the 1921 rebellion. Akbar in another post on FB said that his mobile had been ringing non-stop since he made such an announcement and thanked all those who extended support to his project.

Meanwhile on Tuesday, playwright Ibrahim Vengara also came up with an announcement that he would be making another film The Great Vaariyamkunnan, based on the life of Kunhahammed Haji .

It is to be noted that in 1988, I V Sasi had directed the film 1921 with Mammootty. The role of Mammootty was that of a close associate of Variyamkunnam Kunhahammed Haji. It was T G Ravi who donned the role of Haji in this film. The film was a mega hit. However, back then, there was no controversy over the theme or were there any counter films.

DYFI leader and MLA, M Swaraj, who had been very vocal about the role of Kunhahammed Haji in the fight against British said that the controversy over the announcement of the films based on the 1921 rebellion was uncalled for. “There were three different factors which led to the rebellion in 1921 all these factors worked simultaneously. There was non-cooperation movement of Mahatma Gandhi. This movement took place alongside Khilafat movement (a pan-Islamic movement launched by the Muslims against the British to salvage the Ottoman caliph, who was considered the ultimate leader of Muslims across the world) and there was the peasant revolt against the landlords. The landlords among both Muslims and Hindus who supported British were attacked in the uprising and hence it can’t be termed an orchestrated attack on the Hindus in Malabar. It was actually the British police officers who termed it a communal riot to split the Hindus and the Muslims and documented the uprising giving it a communal spin,” Swaraj said.

He also added that nationalists and activists like M P Narayana Menon was alongside Haji in the fight against British during the rebellion. Chief Minister, Pinarayi Vijayan, in his routine press briefing said that even though he did not know about the ongoing controversy over the announcement of films, Kunhahammed Haji was a war hero and a freedom fighter.

Meanwhile, Hindu Aikya Vedi state general secretary, R V Babu, asked Prithviraj to withdraw from the movie Variyamkunnam citing that it was being made with an agenda to whitewash and idolize Haji who was a Muslim fanatic. “I wish Prithviraj withdraws from the film. The leftist historians like K M Panikkar decided to record the hearsay accounts by avoiding firsthand experience of freedom fighters K Madhavan Nair, K P Kesava Menon and K Kelappan who witnessed the riots. Madhavan Nair in his book Malabar Kalapam says that the uprising was not an independence struggle, but a direct attack on Hindus in Malabar. Nair has recorded in his book that Haji during the rebellion turned against Hindus and started forceful conversions,” Babu said.

Ali Akbar said that his movie would be critical of Haji and the heroes in his film would be those who horribly suffered during the riots in 1921 and those who have kept silent in spite of the pain inflicted on them by riots all the while. “I have visited people who have suffered during the riots and they had witnessed horrifying incidents which they shared with me. I am interested to know whether Kunju Muhammed and Aashiq Abu will shed light on these communal aspects of the riots in their films,” he said.

Meanwhile, Kunju Muhammed said that he would make his film according to his conviction. “If Ali Akbar has the courage, he too can make a movie from his point of view,” he added. The makers of Vaariyamkunnan which is expected to be a big budget film of Rs 70 crores said that it would be shot and released during the 100th anniversary of the revolt next year.

The Ever Shaky Stand on the Sabarimala Issue Continues