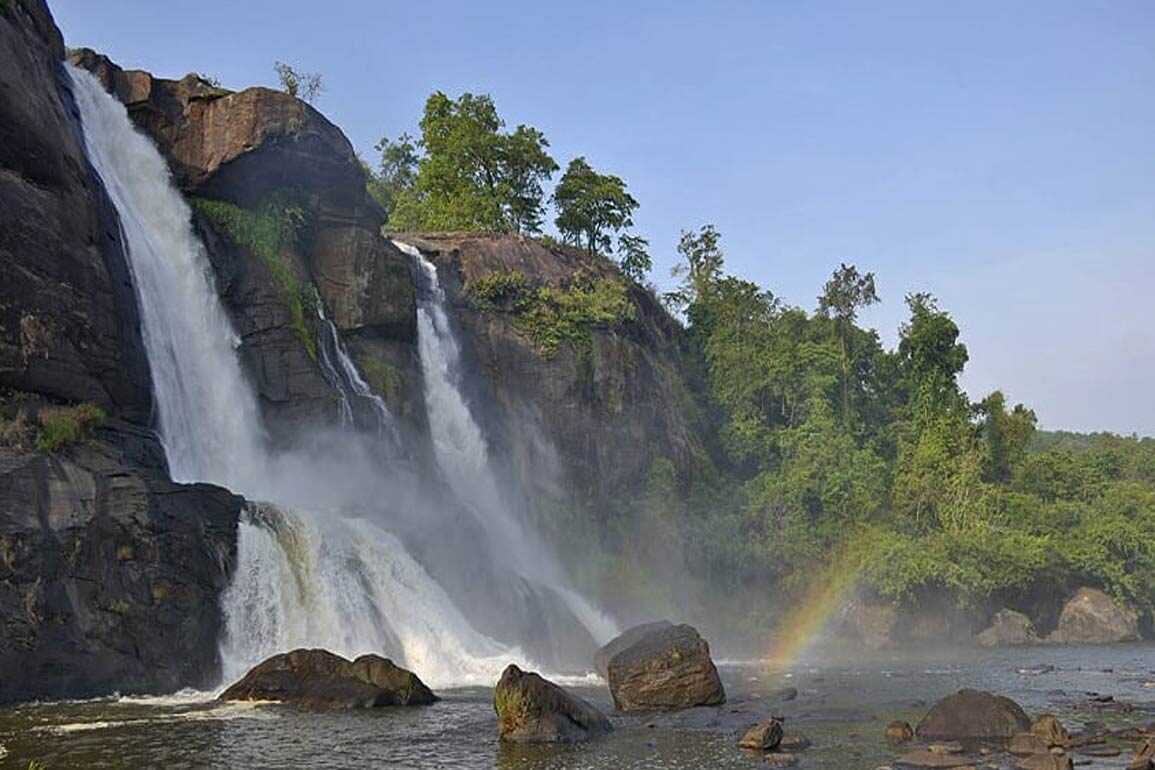 The Kerala state government had recently given the no objection certificate for the Athirappilly hydroelectric project which proposes to build a dam across the Chalakudy river including the scenic waterfalls at Athirappilly in Thrissur district with an aim to generate 163 MW of power will destroy the bio-diversity and impact endemic and critically endangered species in the region according to a study conducted by a group of scientists which was submitted to the Union Ministry of Environment and Forests in 2013. This study, Note on the Biodiversity Conservation Value of Forest and Riparian Habitats in the Impact Zone (in and around the submergence zone and downstream) of the proposed Athirappilly Hydro Electric Project, says that the proposed place for the construction of dam is a unique one to the presence of various micro and macro habitats with 30 endemic and critically endangered tree species of the Western Ghats.

The study highlights that the proposed dam is the seventh dam to be constructed on the Chalakudy river which is first among all the rivers in Kerala in aquatic biodiversity. “The impact of the proposed dam should be seen as a compounded impact of the existing dams which have resulted in loss of riparian forest continuity, change in river flow, change in vegetation type and extinction of high elevation of riverine species.”

“The construction of the dam would impact on the danine butterfly migration prior to the south west monsoon in which thousands of butterflies belonging to six species participate. It will also impact the longitudinal migration of fishes such as tor (mahseer), hypselobarbus sp and barbodes carnaticus (carnatic carp),” says the report prepared by Dr TV Sajeev, Dr M Amruth and Dr P Sujanapal, Scientists at the Kerala Forest Research Institute (KFRI), Peechi, and Dr CP Shaji, Dr Muhammaed Jafar P, Dr Amitha Bachan KH, and Sandeep Das S in 2013.

The submergence zone is the annual migration route of elephants which traverse between the Parambikulam and Periyar basins. The travel is mandatory since the Parambikulam forests would have shortage of vegetation and water during the summer months. There is an elephant corridor through the proposed project site. The impact of the loss of the migratory corridor will have serious adverse consequences on the elephants and will substantially escalate man-elephant conflicts.

“All the three species of hornbills prevalent in the state are present in the Athirapally-Vazhachal region. The region contains many trees which provide diverse habitats which is demonstrated by the presence of the hornbill species”, says Dr TV Sajeev, who took part in the study.

Former State Biodiversity board chairman, Dr VS Vijayan, told The Kochi Post that the Athirapally-Vazhachal region and waterfalls is part of the eco system. The forests which are prevalent in that area is unique since it adjoins the river,” Dr Vijayan says.

“According to the study conducted by the Salim Ali Centre for Orinithology, the region is a unique area of bio species. It is these waters that the fishes use for breeding and laying eggs. Any kind of disturbance caused to the waters may avert the fishes from its breeding place,” Dr Vijayan who conducted the study while he was the Director of the Salim Ali Centre says that the study was sent to the Kerala government in 2007. Dr Vijayan adds that the study held by the National Fish Resource Centre found that the diversity of the region is unique and this region should be declared as a fish sanctuary. All these studies make it clear that the region should be protected.

Dr N Sasidaran, a former Chief Scientist at the KFRI told The Kochi Post that lagenandra nairii is a unique water flora belonging to the arasia family. There are three to four groups of these unique plants present near the water fall at Athirapally, he said. A new frog species was found in Athirapally in 2017 by a team led by S D Biju named, Nyctibatrachus Athirappilliyensis.

2 settlements of Kadar tribal community in the project region

The presence of the Kadar tribal community which comes under the Particularly Vulnerable Tribal Groups (PVTG) is another factor. In India, 75 tribal communities are notified as (PVTGs). They have protection under the section 31 (I) of the Forest Rights Act 2006. According to the section there are habitat rights which are only applicable to the (PVTGs) or the pre-agriculture community. There are a total of 24 tribal settlements and the 8 settlements come under the Athirapally-Vazhachal region. Dr Amitha Bachan, who conducted research on the Kadar community says that the two settlements of Kadar fall in the project region of the Athirapally-Vazhachal region. Among the two settlements one is in Vazhachal and the other at Pokalappara.

Dr Bachan says that these regions also come under the Community Forest Reserve (CRF) area coming under section 5 of the Forests Rights Act and Section 31 (e). “According to the CFR section 4.2, permission from the grama sabha is mandatory for any kind of conversion of forests into non forest purpose. According to the (PVTGs) habitat rights they should not be displaced from their habitats. The grama sabha of the Kadar community decided against starting any construction”, Dr Bachan, who is an expert committee member of the (PVTGs) habitat rights at the Ministry of Tribal Affairs, Government of India told this reporter. He says that only 20 percent of the Kadar’s pristine habitats are remaining the rest were converted into plantations and reservoirs. The Nyamgiri verdict of the Supreme Court in 2013 says that the permission of the grama sabhas are essential for any construction purpose. Bachan says that at least 16 percent of the total Kadar population will be impacted by the project.

“The Kadars are mainly dependent on non-timber forest produces. The two settlements which will be most affected by the construction of a dam is the Vazhachal settlement and the Pogalapara settlement. At Vazhachal at least 70 Kadar families are residing and 28 families at Pogalapara. These families will be displaced once the dam arrives. The proposed site where the dam comes also includes their resource collection area which affects their means of livelihood. “The KSEB in none of their reports mentioned on how it would rehabilitate these families,” says Tiju Thomas, an associate coordinator-WWF.

Environment Impact Assessment failed to assess the impact of the loss

“The impact assessment limited to the submergence zone is grossly flawed and inadequate as the magnitude and reach of the apparently indirect and secondary environmental/ ecological impacts could be significant with cascading effect of habitat change and gradual extinction of the species.  Though the actual area of submergence could be small it may disrupt crucial ecological linkages existing in the landscape and eco system by completely altering the existing set of micro habitats leading to immediate loss of habitat specialists and subsequently alteration of the community structure affecting the generalist species also”, says the study.

Former Director in charge of the KFRI, Peechi, Dr PS Eza told this reporter that it is not just about the number of endemic species or the protection of the endangered species. The whole thing is that we should decide on our priorities. There are a number of people who are dependent on the eco system. The livelihood issues should be given priority. The government is saying that they will restore greenery and forests. That is impossible, once the habitat is destroyed it cannot be restored,” he points out.

Hydroelectric project in Athirappilly is unviable

According to Dr Ajayakumar Varma, former group head National Resource Environmental Management at (NCESS), the water inflow in the river has been reduced which is a hindrance for the hydro electric projects. “Other than the Periyar river the river flow in most of the rivers has been reduced in summer seasons and the monsoons. Moreover, the rainfall pattern in the state is also not conducive for the hydro electric projects. A large part of the forest areas will also face inundation when the water is stored by constructing a dam,” Dr Varma says.

SP Ravi, secretary of the Chalakudy Puzha Samrakshana Samithy says that they will intensify the agitations and explore the legal options if the government is moving ahead with the project. A previous proposal by the Kerala State Electricity Board (KSEB) in the 1970s to construct a hydroelectric dam across the Kunthipuzha river that runs through the Silent Valley forest was forced to withdraw after fervent mass protests.

Other options for electricity production needs to explored

Dr RVG Menon, of Sasthra Sahithya Parishad says that instead of hydroelectric projects other viable electricity producing mechanisms should be evolved including production of rooftop solar energy and wind mills. The energy needs of the state cannot be satisfied through hydroelectric projects”, he adds 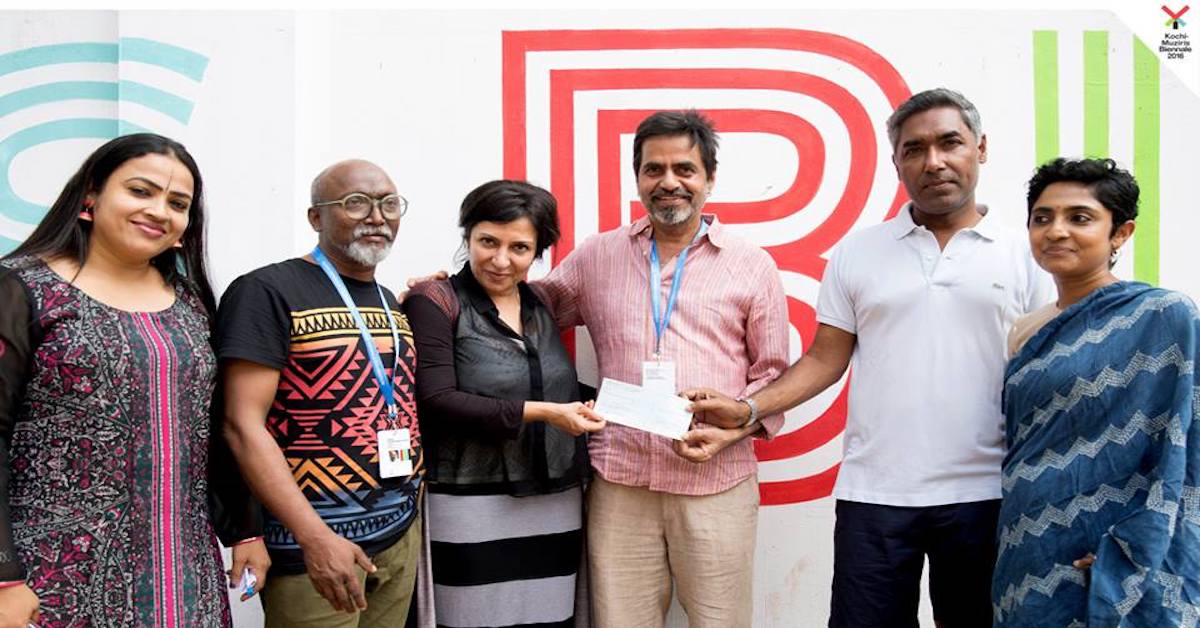