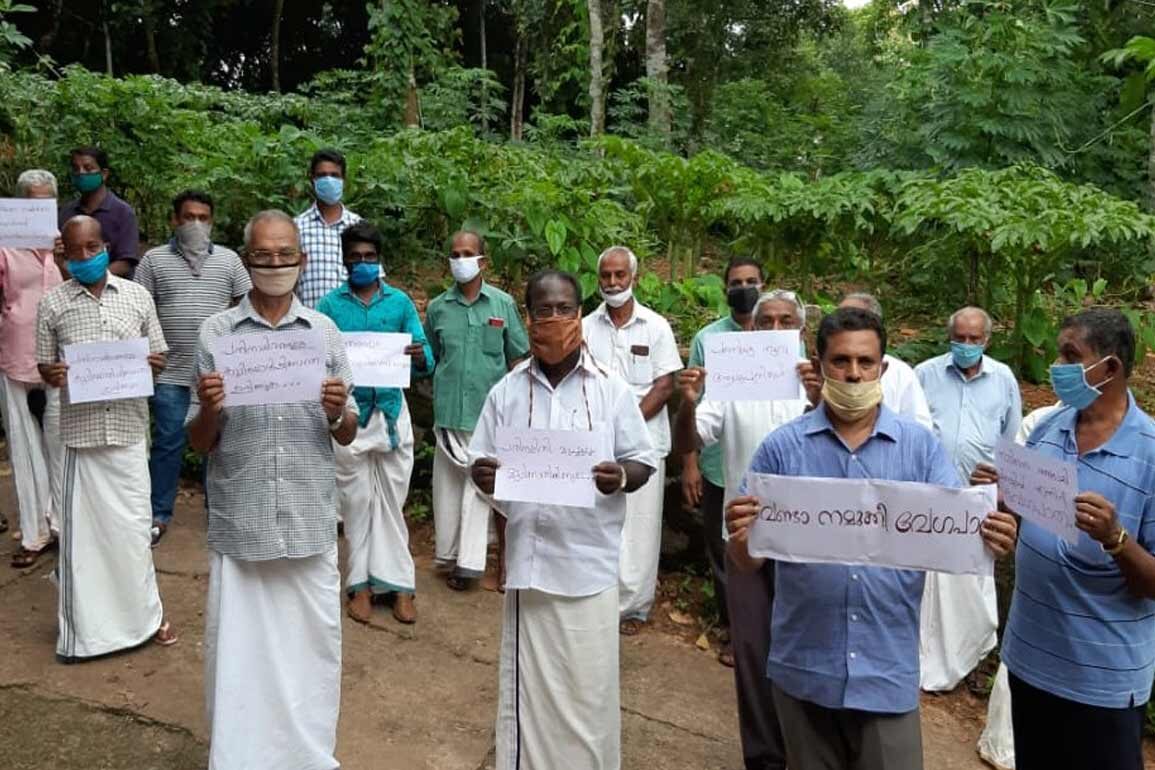 The Silver Line Rail, the 63,941 crore-dream project of the Pinarayi Vijayan-led government is facing stiff opposition from the people in several places along the way. Hundreds of people from the Kunnanthanam, Madapally, Vakathanam, and Eraviperoor panchayaths are up in arms against the proposed Silver Line project—a high-speed rail project from Thiruvananthapuram to Kasaragod—as the people allege that the current alignment will cut through their houses, educational institutions, religious institutions, and cultural centers.

The Kerala Rail Development Corporation (KRDC), the implementing agency of the project, had sent the proposal of the alignment to the Union Railway Ministry after getting the state government approval, a few days back. KRDC maintains that a change in the alignment is possible on the basis of state government recommendations.

The railway line which begins from Kochuveli in Thiruvananthapuram is expected to cover a total distance of 529.45 kilometers was approved in the last cabinet meeting. The project which costs a total of 63,941 crore rupees is expected to cut short the train journey from Kochuveli to Kasargod to just four hours.

Currently, it is a 12-hour journey by train. The project is a joint venture of the state and the central governments. The project is funded by the Railway Ministry and the State government and 40 percent will be in the form of loans. As per the project the train can traverse 200 kilometers in one hour.

However, the residents of the respective Panchayaths have their grievances. The rail line will pass through the Mulakuzha near Chengannur and traverses through Puthenkavu, Arattupuzha, Koipra, Eraviperoor, Kaviyoor, Vakathanam and reaches Kottayam. It is the residents of Kunnamthanam, Madapally, Vakathanam, and Eraviperoor panchayats who are agitating demanding a change in the alignment.

“In the coming days, we will also be joined by the Panachikadu and Nattakam panchayaths. The alignment of the rail project should be changed since it engulfs at least 1,000 houses in the Madapally panchayath,” Madapally Block panchayath member, Saina Thomas told The Kochi Post.

Thomas maintained that if the project is realized the main cultural centers of the panchayath including the Venkottah Samskarika Nilayam, Edapally Anganwadi, Mundukuzhy Malankara Catholic Church, Gurukulam school and a number of prominent institutions in the panchayath will have to be demolished. “The people cannot allow this as it will diminish the cultural value of the place, she said. The people of the region came to know about the rail project during the lockdown period and there was no official intimation from the part of the government,” Thomas added.

Moreover, mammoth constructions have to be made in between the paddy fields of the region causing heavy inundation in the rains.  “We will intensify the agitation in the coming days. We demand the change in the alignment so as to save our important institutions and houses,” said P C Pramod Kumar of Cultural Heritage Protection Committee, Kunnamthanam. The Cultural Heritage Protection Committee is spearheading the agitation here.

Pathanamthitta MP, Anto Antony, who visited the place also demanded a change in the alignment echoing the views of the public.

Ajith Kumar V, Managing Director, Kerala Rail Development Corporation (KRDC), which is the implementing agency of the project told The Kochi Post that the state government has approved the project and the soft copy has been sent to the Railway ministry a few days back.

Kumar also pointed out that they have arrived at the alignment after conducting an aerial survey and land survey, ensuring that maximum institutions were avoided.  The project will limit the time to four hours from Thiruvananthapuram to Kasaragod. The tendering of the various contracts will be as per the policy of the Railway Ministry as well as the directives of the Chief Vigilance Commissioner.