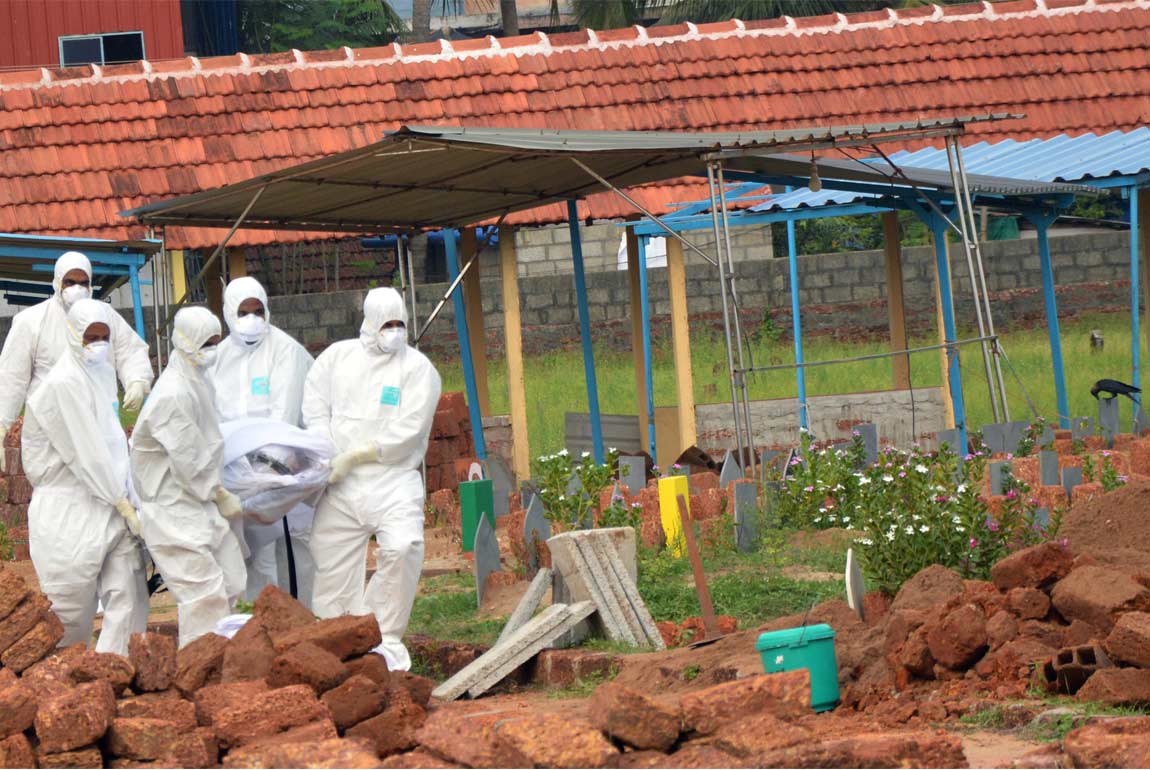 Addressing a UDF protest meet in front of the Kerala Secretariat in Thiruvananthapuram on Friday, demanding permission for NRIs to return home without non-Covid certificates, the KPCC president said Health Minister Shailaja crowned herself as Nipah princess two years ago and now she was trying to obtain the epithet “Corona queen.” The satire has not gone down well with the health workers on the field as well as the larger public, who are still battling Covid-19, at a time health officials led by the minister have been at the forefront of the battle against the life-threatening pandemic.

In the northern parts of the state, where the outbreak of the deadly Nipah had sent shock waves two years ago, the condemnation is widespread. “I was at the Calicut Medical College at the time and I find the Congress leader’s comments in bad taste and rather unfortunate,” said a health worker who was associated with the Nipah Task Force set up at the Calicut Medical College during May-June 2018 as the virus broke out at a remote village in Perambra on the eastern outskirts of Kozhikode district. “It was not an easy task and the minister did an exemplary job giving confidence to all of us and finding solutions to all the problems we faced as the outbreak posed serious medical concerns,” he said recalling the team work they undertook with Rajiv Sadanandan, Health Secretary, leading the team and Health Minister Shailaja spending much time at the medical college monitoring the efforts of her team.

The Nipah outbreak was one of the most serious health emergencies the state faced in recent years. The outbreak was identified on May 19, 2018 when a patient admitted to the Baby Memorial Hospital in Calicut tested positive for Nipah virus at the Virology Institute in Manipal. The doctors the hospital, suspecting Nipah, had sent the blood samples to Manipal as there was no testing facility for Nipah in Kerala at time.  As soon as the presence of this highly virulent virus was confirmed in the state, the authorities swung into action and the Calicut Medical College was converted into a special centre for treatment of Nipah cases.

The World Health Organisation, in its report on the Kerala outbreak of Nipah, mentions that by June 1, 2018 there were as many as 18 confirmed cases of Nipah in the state and the fatality was as high as 17. One of the tragic incidents during the saga of the battle against Nipah was the death of nurse Liny who served at the Perambra Primary Health Centre, who caught the virus from one of the early patients admitted there.

“Mullappally never bothered to see how health workers fought this great threat to public health in those days and his callousness is shocking,” said Sajeesh, the husband of Liny. The nurse in her final letter, scrawled from her hospital bed, had told her husband that she was going to succumb to this unknown disease and he should take care of their child, aged just one year the time. Her life and battles were hailed by even the global media, besides in the movie Virus, based on the Nipah outbreak.

Even Congressmen are not amused by their leader’s comments. “It was unfortunate and most people find it unacceptable,” said a Congress activist at Vadakara, the political base of Mullappally Ramachandran. He pointed out that the Kerala public is more discerning on such matters and flippant comments for political one-upmanship could badly backfire. He also felt that Mulllappaly’s assertion that he would not withdraw the comment was a mistake which might cost him dearly in the coming days. Interestingly, most Congress leaders are tight-lipped and refused to support the KPCC president on his public comments.

“What has really gone wrong is the fact that his comments against the minister have hurt those who were part of the team she led,” said a health worker at the Calicut Medical College. He said in his 32 years of service in the Medical Department, there were only two ministers who really brought some refreshing changes in the way the department functioned: V M Sudheeran in the mid-nineties and K K Shailaja. He felt that such comments could be interpreted as an effort to devalue the selfless work now being undertaken in the field, battling another life-threatening pandemic in the form of coronavirus.

The controversy might die down in a few more days, but the damage done to the KPCC president’s public image might prove to be lasting, going by the sharp public reactions even from more dispassionate sections of society about the choice of words at a time when health workers are fighting another epic battle to save lives in the worst pandemic in our lifetime.