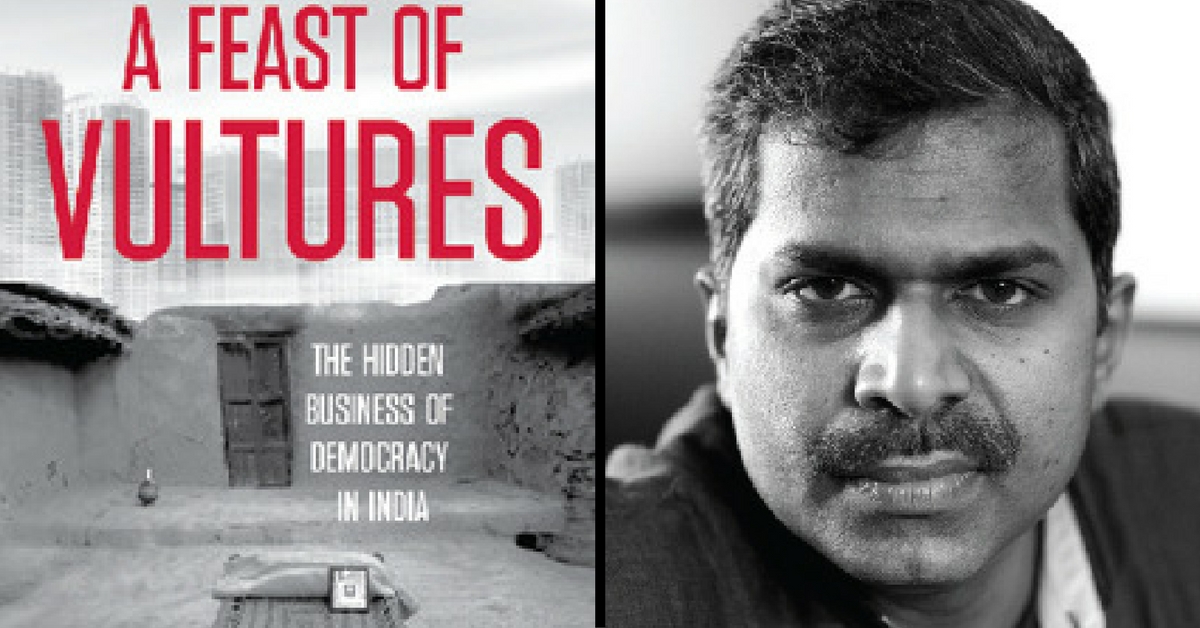 A Conversation with Josy Joseph on His New Book, Corruption, and Democracy in India

A Feast of Vultures: The Hidden Business of Democracy in India by Josy Joseph is worth a read for any Indian who becomes uneasy on hearing about the scams, scandals and stories of corruption being reported. However, these stories often get suppressed. The book is a tour de force through the heart of modern India, weaving together the daily struggles of its poorest, with the shenanigans of its rich. A Feast of Vultures clinically examines and irrefutably documents the crisis gripping the world’s largest democracy.

The Kochi Post interviewed Mr. Joseph to know more about his book. Explaining his urge to write such a book, he said that his frustration and helplessness on reporting and writing about a scandal, no matter how much impact it will have on society, has made him write this book. He says that the book is an uncensored version of some of the major shortfalls that happened in our country due to corruption and that he has not deleted or changed any names involved in the same. Mr. Joseph, who is an investigative journalist, hails from Cherthala and is presently working as the National Security Editor for The Hindu and has also worked for other prominent news organisations.

Could you tell me something about the book?

I wrote this book over a period of 3-5 years. It actually deals with my own frustration on the inability to bring out the dark secrets and reality of contemporary India in my mainstream job. After completing my masters in 2007, I thought of doing an academic work on contemporary India. However, after two years of detailed research, I decided to abandon this and do more aggressive journalist work. But, I would like to point out that my book is not all about unveiling the facts about a scam or scandal, instead it is a literary non-fiction about India, without holding back any facts.

The book is set against the plight of the people in an ordinary village in Bihar called Hridaychak where they are in search of middlemen to get them what ideally is their right, and which is the responsibility of the government to provide to them. Be it access to clean drinking water, a school, or a primary health centre.

Have you divided the book into various sections so that every corner is properly covered?

Yes, I have divided the book into sections that include various chapters so as to provide a detailed reading experience to the reader. In the first part, I have included various chapters that deal with different types of intermediaries and middlemen, who make things work out in the Indian system. The chapters deal with facilitators, who could be a local political leader who acts as a bridge between you and the political party; a personal assistant of a Minister, who can be approached for a much serious issue; then the family members of the people who are in power; and finally the most powerful intermediaries who can fix a million-dollar arms and weapon business for you with the government. I have narrated this through a one-eyed man who lives in London and is an extremely powerful weapons dealer and is highly influential in countries like Russia, Israel, the United Kingdom, etc. I have also used the segments to paint the plight of various institutions and how they can be manipulated by people who have money and power. I also talk about people like Vijay Mallya who, despite of being accused of grievous offences, have bought their way into Parliament. The last section deals with businessmen who are celebrated globally for their achievements and philanthropic activities, but violate laws, and about Mukesh Ambani’s home Antilia.

The tag line of your book is ‘The Hidden Business of Democracy’. Do you really think that democracy has become the largest business platform in which people, despite abiding by the rules and paying taxes, have to satisfy the needs of every official to get their work done?

Yes, democracy has become the tool of the establishment to puff up its pockets. During this process, corruption is spreading like a spider’s web, irrespective of the strata of society. For example, a majority of the foreign investment comes from countries like Mauritius and Singapore. However, the fact is that these investments are made by wealthy Indian businessmen themselves, who are investing their black money with the complete knowledge of the government. Tax is also exempted and the government receives a fair share. I don’t think it is any different than a market.

You have also explained some cases in the book that clearly shows the inefficiency and corrupt nature of the CBI, one of the premier investigation agencies in our country. Do you feel that the department, which is responsible to bring out the truth, is also corrupt or is it helpless?

The CBI is a mere lapdog of the establishment. Whoever is in power manipulates the agency. It is high time that their operations are made more transparent. My studies have also revealed that the CBI’s conviction rate is below 3 per cent. The CBI is nothing more than a glorified corrupt police force that is inefficient. Some of the cases I have dealt with in the book is the HDW Submarine Scandal, which was closed by the CBI on the grounds that it could not find evidence to back the claim of HDW representatives.

Could you explain the relation between corruption and politics?

My theory on this is that corruption in India boils down to political corruption. The political parties have become extremely corrupt as they need lot of black money for their electoral needs. The 2014 Lok Sabha elections is the best example, during which there was no account of how the money was spent. The fact is that all political parties are playing a duplicative game with us. A huge amount of black money is used in this and it is high time that the public revolt.

The Modi government has come up with various policies that would bring back the black money to our economy. Is that just a strategy or will it really work?

These are my findings and I am not overstating this, however, it is a known fact that Narendra Modi or any other political leader in the present political system can never crack down on black money, because ultimately their political party’s mode of operation is highly dependent on black money. If any one of the policies that the present government is talking about was implemented properly, India could have got back Rs. 15,000 crore including the fine that was taken by the Adani Group. This was one of the biggest black money cases, where the Adani Group has been accused by the Directorate of Revenue Intelligence to have taken Rs. 5,000 crore from India.

Society despite being aware of it has become a part of the system. Is this because people have not seen an unbiased system and feel that this is how things work?

No, there are many aspects to this. One is that many Indians are struggling to survive. In the struggle to survive, they make compromises and feel that these middlemen can get their work done better. People are almost behaving like we are helpless. My argument is ‘no, we are not helpless’. First, we have to understand that this cannot continue and that the system has to change. The demand for change must also come from the grassroots level, which is only possible if ordinary people become vigilant.

What change would you suggest that would expose corruption and give the feeling of fear to those attempting to inject this in society?

This corrupt, inefficient and cruel system must give way to a transparent, honest and compassionate system. To achieve this, the entire system needs to be cleaned up and the commanding power of agencies like CBI should be transferred to Parliament, in order to bring in much better parliamentary oversight for our institutions. Because, for all the weaknesses we accuse Parliament of, it is the fairest and the best representative of India. Only then will the cases be handled honestly and the truth unfold without fear and pressure.

You told us that your book is the response to many situations when you could not report the truth. Is corruption and politics playing the game in the media as well?

Of course it is. I feel that there is an unwritten and widespread self-censorship that operates in the Indian media ecosystem. This censorship comes from the various vested interests of the media owners, the type of politics our politicians practice, the intimidating power of the State, and finally from widespread personal corruption among journalists. Moreover, television news, except for some, is no longer news and is only confined to entertainment. There is no reporting involved, because the media finds it cheaper to hold discussions about anything and everything, where anyone can abuse someone he wants. It’s just because he is paid for it.

Television nowadays is nothing but a drama where the characters are paid for screaming and shouting. As a journalist do you feel that the real India has not been reported yet?

Yes, obviously because the majority of the population of India is in rural areas and instead of wasting time on flimsy things like a comment made by a politician, a passionate reporter should write stories on the real India and the real people who have found out their own way of living amid limitations, because they very well know that expecting anything from the government is in vain. These things are not reported and the media is no longer the Fourth Estate.

Corruption in Kerala is of a different class, when compared to other States. Is it because the State is developed and people have the courage to question, or is it because people have adjusted with the so-called system?

To the best of my understanding, Kerala reflects many good as well as negative concepts of democracy. The positive part is that here in Kerala a simple task at a Panchayat level is done without paying bribes and thus corruption is less at lower level. Thus, the common man is not affected to a great extent in day-to-day life. However, corruption at higher political levels is extreme as well.

Do you have any messages for the youth?

All of us are corrupt and we like it unless we are caught. We like to feast on the miseries of the poor and resources of the country. It’s just the reflection of our mindset. I have dedicated this book to my daughter Supriya because I have faith in the young generation, that they would raise their voice against injustice and demand accountability.

Have you ever felt that these efforts are useless and that the system won’t change?

I am an optimistic person and I firmly believe that changes will happen in society and those changes will be for the good. There is more than one way to put forward your opinion. As I told you, even though I was not allowed to write everything I knew, I found another way out for the same and wrote this book.

Do you intend to write more?

Definitely, I intend to write more about the real India. The India, that every one of us should know about. 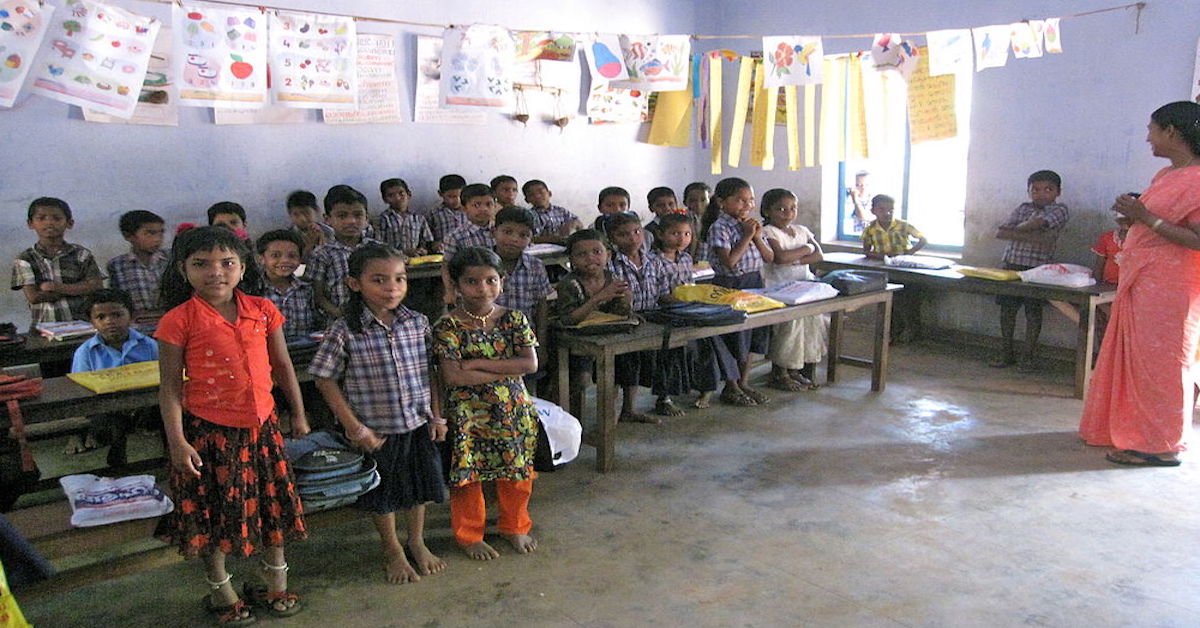