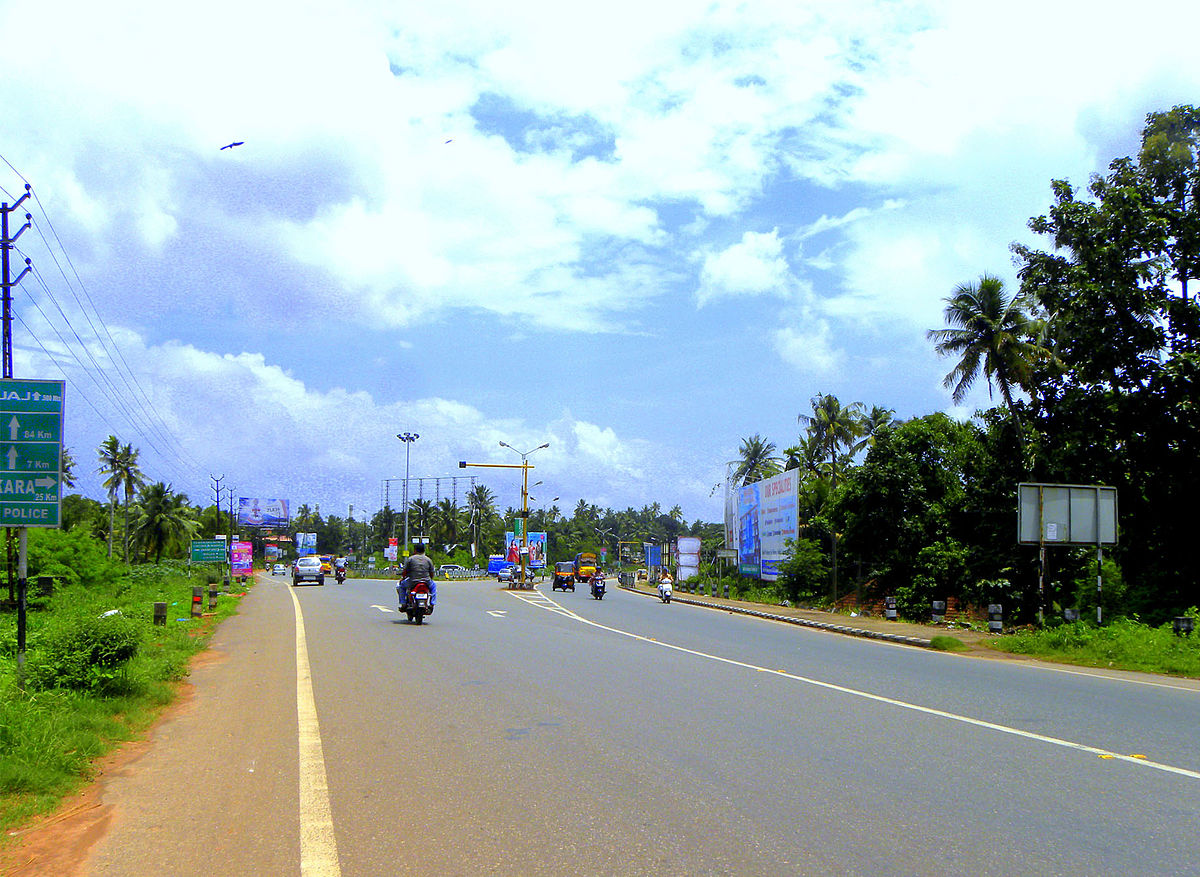 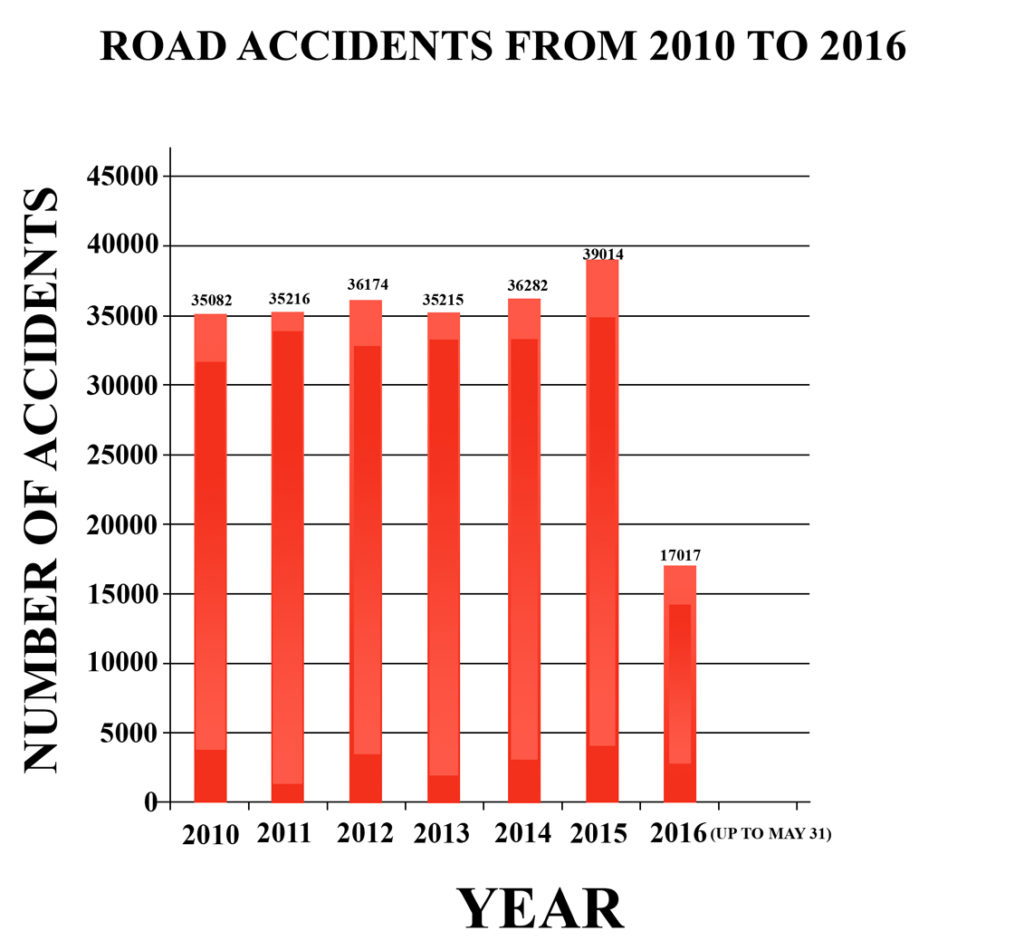 Rash driving seems to be the main cause of accidents. As many as 38,159 accidents took place due to rash driving. Ernakulam Rural has registered the most number of road accidents (3,515) in 2015. The second highest was Alappuzha (3,121) The least number of accidents was recorded in Wayanad (719), with Kasaragod following suit (903). 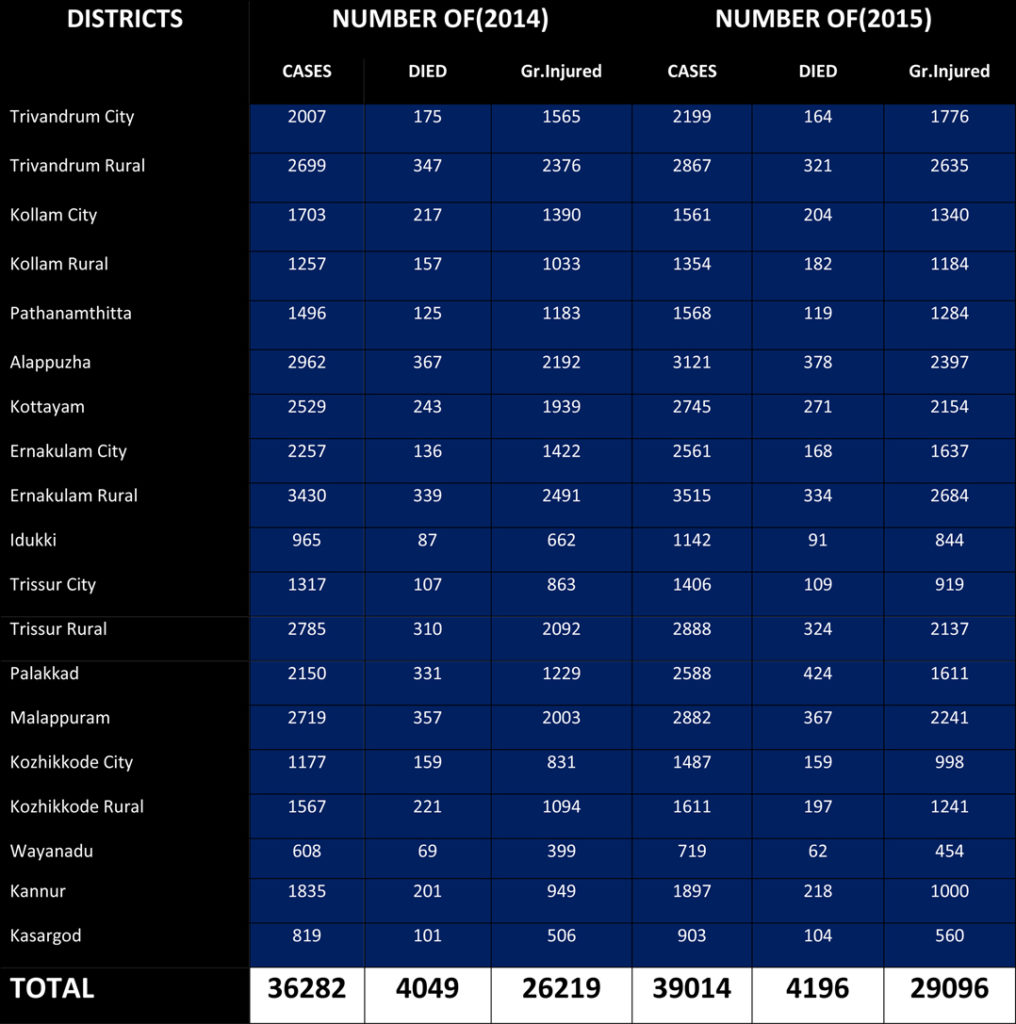 In all these years, cities like Kochi, Alappuzha, and Thiruvananthapuram continue to have a high number of road accidents. The narrow roads and gutters have been a contributing factor.

Official records says that more than half of the road accident victims in Kerala are between the ages of 20-55. Though a high number of accidents take place due to negligence on part of the driver and rash driving, one cannot ignore the plight of the roads. With the increase in number of vehicles on our roads, the infrastructure too needs to be improved. The Kochi Post had recently reported on the death of a law student, after he met with an accident while trying to navigate a pothole, on the Alappuzha-Cherthala National Highway.

Improper maintenance of National Highways and State Highways has also contributed to the number of accidents in the Kerala. In a city like Kochi, how long can road maintenance be put off, while giving the Metro Rail Project as an excuse?  Helmets and seat belts have been made mandatory. But, it would be helpful if the authorities do something about the condition of the roads as well.