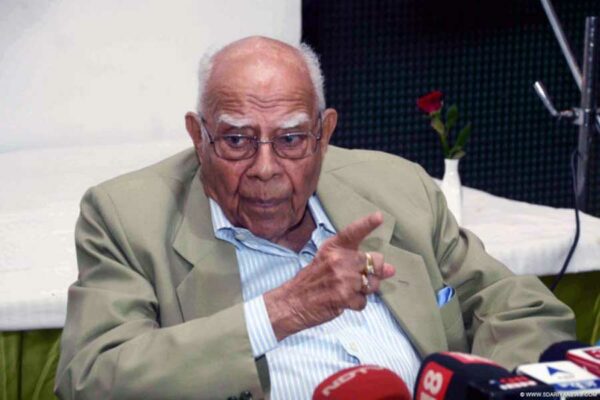 Ram Jethmalani and the Emergency

Ram Jethmalani was the Chairman of the Bar Council of India during the most tumultuous period (1975-1977) for judiciary and democracy in contemporary Indian history.

Under his stewardship, Bar Council of India streamlined the rules for the general conduct of legal profession through the introduction of Bar Council of India Rules, 1975. When lawyers appearing for unpopular and infamous accused in criminal matters were decried, the Bar Council of India under the Chairmanship of Jethmalani provided the much needed safeguard when it stated in the 1975 Rules in no unclear terms that:

“It shall be the duty of an advocate to fearlessly uphold the interests of his client by all fair and honourable means without regard to any unpleasant consequences to himself or any other. He shall defend a person accused of a crime regardless of his personal opinion as to the guilt of the accused, bearing in mind that his loyalty is to the law which required that no man should be convicted without adequate evidence”.

At a recent global conclave for Tamil Brahmins in Kochi, mainly comprising of the residents of Kalpathy agraharam in Palakkad, Justice V Chitambaresh of the Kerala High Court, standing from his twice-lofty position, both as a judge and a Brahmin, held forth about the twice-born Brahmin: “Now, who is a Brahmin?” he asked, “A Brahmin is dwijhanmana—because of poorva janma sukridham (good deeds of the past life), he is twice born. According to the judge, a Kalpathy Brahmin, the Brahmin has certain distinct characteristics: clean habits, lofty thinking, sterling character, vegetarian and a lover of Carnatic music.

Though his statements raked up a huge controversy, no one remembered Krishna Swami, the Brahmin outcast from the same Kalpathy agraharam as Justice Chitambaresh, who had once earned the wrath of his own community for working among the untouchables. Krishna Swami was an untouchable Brahmin.

An untouchable Brahmin is an oxymoron but nothing else can describe the late freedom fighter, T R Krishna Swami, better. He was the founder of Sabari Ashram at Akathethara in Palakkad district, which was once widely known as Kerala’s Sabarmati. Presently an orphanage with humble settings, this institution was visited thrice by Mahatma Gandhi during his journeys to the South. 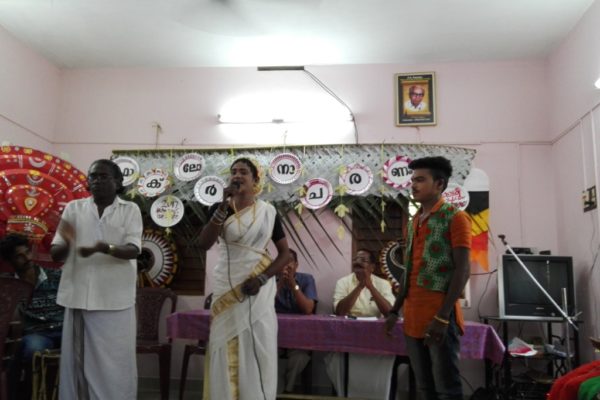 As the world is gearing up to celebrate the year’s Folklore Day on August 22, a group of folklore enthusiasts in Palakkad is ecstatic over the district’s own folklore art form, ‘Poraattu Kali’. As part of the three-day Folklore Day celebrations conducted by ‘Kalikkoottam’, a folklore enthusiasts’ group based in Shekhareepuram, Palakkad, a demonstration of ‘Poraattu Kali’ was performed by Mannur Chandran, Manikandan and Biju.

Mannur Chandran, a noted ‘Poraattu Kali’ exponent from the district, has travelled to almost all States in India to perform the art form. The energetic, 65-year-old artist, becomes eloquent when he starts speaking about his art. “The art form originated in Palakkad among the ‘Paanan’ community some 400 years ago. A couple from the community went to the forest for collecting bamboo. That time, the wild animals came to attack them. They made a fire circle and started singing and dancing inside it. Listening to this, the goddess came and rescued them. This is the myth behind the origin of this art form,” he says.

The art form in which the performer moves in a particular fashion back and forth in accordance with the song, incorporates drums (chenda) and ‘ilathaalam’, a miniature version of cymbals. The traditional songs are in native Palakkad slang. Most of the songs are like conversation between two characters. Newer songs are being added to the ‘Poraattu Kali’. The art form has close resemblance to ‘Therukkoothu’, a Tamil folklore art form. 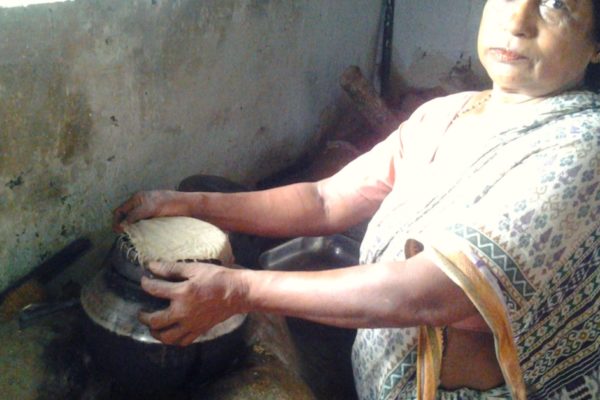 Ramassery, a village located off the Palakkad-Coimbatore Highway, and Saraswati Tea Stall, which is a typical countryside kiosk situated here, gained popularity over the years for its unique-looking and tasting idlis. The delicate Ramassery idlis are pretty famous and have found a mention in almost all leading newspapers and blogs written by avid travelers. These mouth-watering, mini-dosa type idlis have found praise from all corners.

What makes Ramassery idlis different is that they are cooked differently and look different. Idlis – steamed, fluffy rice cakes – when eaten with accompaniments like sambar or varieties of chutney taste splendid and is one of the tasty breakfasts that South Indians adore.

The secret of making Ramassery idlis lies with with the members of the Mudaliar community who migrated from Tamil Nadu to Palakkad almost two centuries ago to earn a living. The women of the community formulated the recipe of the idli and since then it is being taken forward by the generations. As there were no idli moulds in those times, Ramassery idlis were made in unglazed clay pots. The earthy aroma and taste that this mode of cooking provides to the idlis is what makes it stand out.