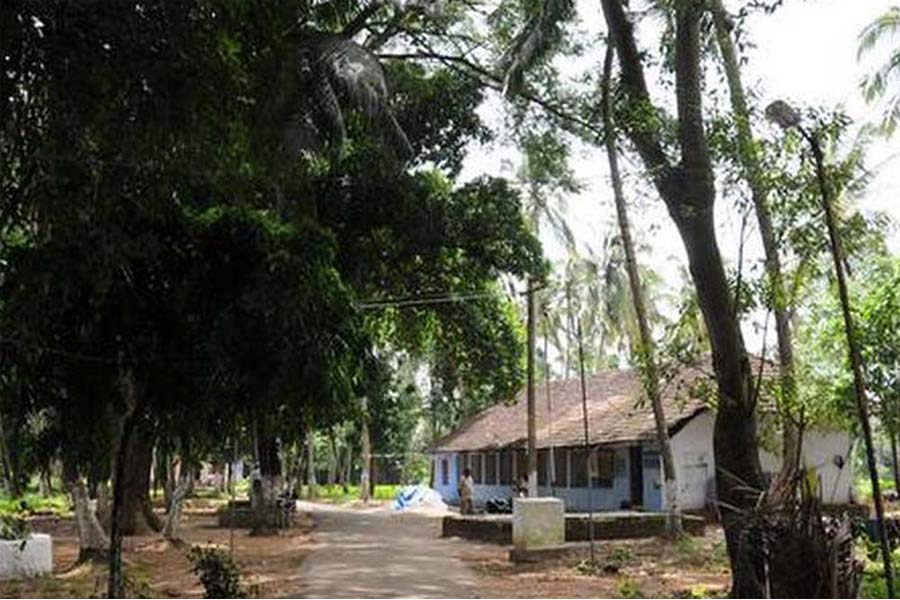 At a recent global conclave for Tamil Brahmins in Kochi, mainly comprising of the residents of Kalpathy agraharam in Palakkad, Justice V Chitambaresh of the Kerala High Court, standing from his twice-lofty position, both as a judge and a Brahmin, held forth about the twice-born Brahmin: “Now, who is a Brahmin?” he asked, “A Brahmin is dwijhanmana—because of poorva janma sukridham (good deeds of the past life), he is twice born. According to the judge, a Kalpathy Brahmin, the Brahmin has certain distinct characteristics: clean habits, lofty thinking, sterling character, vegetarian and a lover of Carnatic music.

Though his statements raked up a huge controversy, no one remembered Krishna Swami, the Brahmin outcast from the same Kalpathy agraharam as Justice Chitambaresh, who had once earned the wrath of his own community for working among the untouchables. Krishna Swami was an untouchable Brahmin.

An untouchable Brahmin is an oxymoron but nothing else can describe the late freedom fighter, T R Krishna Swami, better. He was the founder of Sabari Ashram at Akathethara in Palakkad district, which was once widely known as Kerala’s Sabarmati. Presently an orphanage with humble settings, this institution was visited thrice by Mahatma Gandhi during his journeys to the South.

As far as the residents of Palakkad are concerned, Krishna Swami is a forgotten Gandhian with an ignored statue located in a small park inside the town. But the humble institution he built 94 years ago with the active support of his wife Easwari at Akathethara, located a little away from the celebrated Tamil Brahmin agraharam of Kalpathy, stands testimony to the horrendous untouchability and discrimination practiced by the Brahmins of Palakkad.

The couple had established the institution soon after they were excommunicated and rendered outcast by the Kalpathy Brahmins because of their amity and fellowship with the Dalits of the region. In a way, the Brahmins who rioted against the law graduate-turned-Gandhian social reformer decades ago from within the community contradict the pristine image of the Tamil Brahmins portrayed by Justice V Chitambaresh.

Born in 1891 at Manjapra village at Pazhayannur in Thrissur, Krishna Swami reached Kalpathy at a young age to learn the Vedas and to study at the nearby Government Victoria College. Later, while studying for law in Madras (now Chennai), Swami was inspired by the patriotic fervor unleashed by poet Subramanya Bharathi. Though he worked for a while in Coimbatore as a college lecturer and practiced law in Chavakkad, Swami shifted his base to Palakkad in 1920 as a full time political activist.

He focused on fighting untouchability by conducting misrabhojanam feasts in which people from different castes sat together for their meals. Ignoring threats from his own community, Swami worked among the Dalits and exhorted them to fight upper-caste orthodoxy.

Swami was one of the main organisers of the second state level conference of the Congress party that was held in Palakkad on May 6 and 7, 1923. Sarojini Naidu had presided over the meeting and those who addressed the session included C Rajagopalachari, Devdas Gandhi and Syed Moorthasa Sahib. Star attraction of the event was Abadi Bano Begum, mother of the Ali Brothers, who made a beautiful speech in Urdu. As usual, mishrabhojanam was a key component of the conference. The conservative Brahmins of Kalpathy excommunicated Swami and Easwari immediately in its aftermath.

Undeterred by the threats from the community, the couple established the ashram using bamboo poles and thatched coconut leaves utilized in the conference venue. Since then, the ashram has accommodated orphans irrespective of caste and community considerations.  The ashram was declared open on Gandhi Jayanti day in 1923 with the education of Dalits as the motto. Impressed by the model set by his ardent follower, Mahatma Gandhi visited the ashram in 1924, 1927, and 1934.

The Mahatma was accompanied by his wife Kasturba during his last visit to the ashram and they had also visited a temple in the locality. A coconut tree planted by the Mahatma during the visit is still there in the compound of the ashram.

Other than the endorsement of Brahmanical privileges by the judge, the global meet of Tamil Brahmins earned large scale criticism for its strong posture against caste-based reservations for Dalits and other backward segments in areas of education and employment.  The judge had spoken against reservation, the rights bestowed on the backward communities visualized by the likes of swami who broke the barriers of caste, community and one-upmanship.

An active participant in Salt Satyagraha and the Vaikom Temple Entry Agitation, Swami died at the age of 44 on April 29, 1935 but he never ever subscribed to the Brahmanical notions that they are “twice born” or that they were the epitome of “all good qualities.” He had openly disowned the community’s claim of each Brahmin taking birth due to poorva janma sukrutham (good deeds of past life). The injustice suffered by Swami exposes the claim that Brahmins of yore were considerate or not communal.

Though the Kerala Brahmana Sabha that represents the state’s minuscule Tamil Brahmin community attempts to whitewash the community’s dubious legacy, November 13, 1924 still remains etched in the history of Ezahavas and other untouchables of Palakkad as a black day.

The Brahmin residents of Kalpathy had unleashed terror on them when the Dalits protested outside the village seeking passage through the village roads to take part in the famous Radholsavam (car festival) of the local temple. Though the British government ended the practice of untouchability there through strict police action, many Ezhava community members eventually converted to Islam and Christianity to escape caste-based discrimination which was still prevalent. Brahmins of the then Kalpathy were ready to accommodate those untouchables who converted to other religions. Their antipathy was only restricted to those in the lower rungs in their own religion.

While Kerala government and various social reformation movements in the state have condemned the statements of Chitambaresh and the Brahmana Sabha state president Karimpuzha Raman endorsing caste-based discriminations and chathurvarnya, evoking memories of the finest minds from the community like Krishna Swami and Easwari would undoubtedly help strengthen the movement for the annihilation of caste. 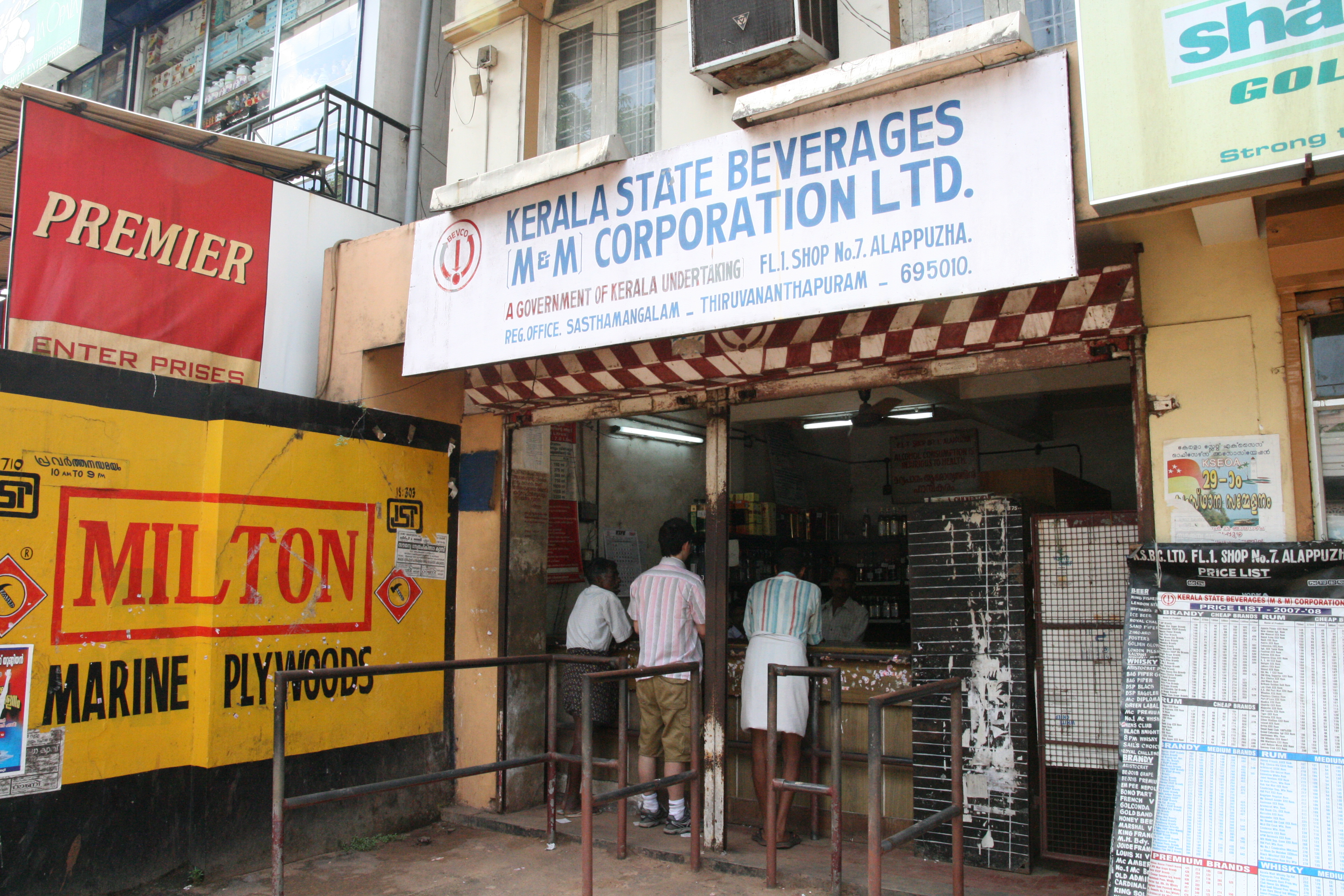 $8.5 Million Worth of Booze Sold in Kerala on Onam Day