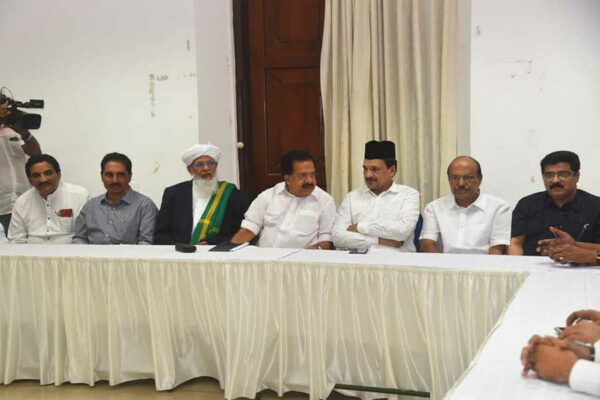 Joint protests against CAA & NRC to continue in Kerala

Thiruvananthapuram: Kerala will continue to conduct joint protests against the Citizenship Amendment Act and the National Register of Citizens (NRC). The politically significant decision was taken at the all-party meeting convened by Chief Minister Pinarayi Vijayan on Sunday. The meeting was attended by all parties and social and religious organisations except the BJP and the Nair Service Society (NSS).

Two representatives of the BJP attended the meeting and voiced their opposition to the conduct of such a meeting. They said the meeting was unconstitutional as it was seeking to protest against a bill that was passed by Parliament and given assent by the President. Therefore, they were boycotting it.

The meeting authorised Chief Minister Pinarayi Vijayan and Leader of the Opposition (LOP) Ramesh Chennithala to decide the modalities of the joint protests to be conducted against the CAA and the NRC. 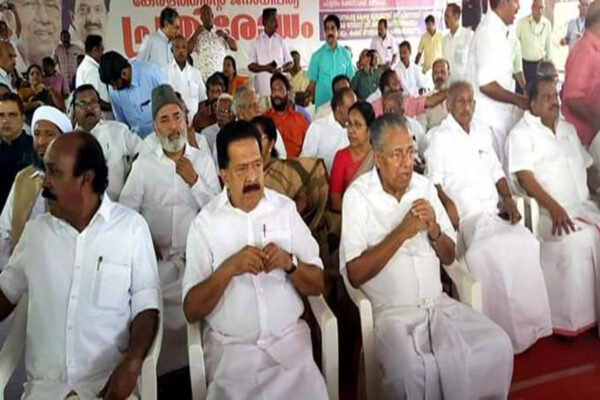 The decision to stage the joint rally came following a telephonic conversation between Chief Minister Pinarayi Vijayan and the Leader of the Opposition (LOP) Ramesh Chennithala.

A galaxy of leaders belonging to the rival fronts attended a ‘satyagraha’ outside the Martyrs’ Column in Thirivananthapuram. The Chief Minister and the Leader of the Opposition addressed the gathering, and voiced their strong opposition to the Citizenship Amendment Act which received Presidential assent after Parliament passed the Citizenship Amendment Bill(CAB) in the just-concluded Winter Session of Parliament. 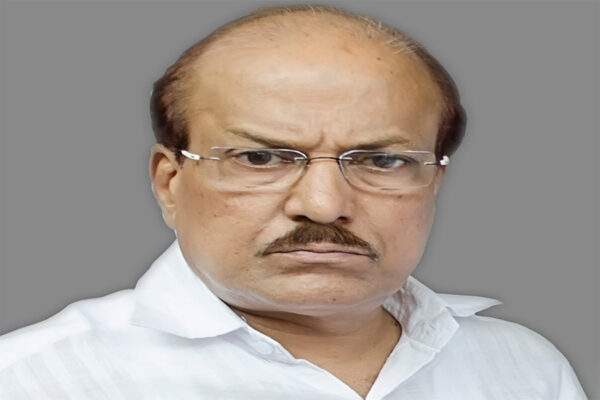 The Bharatiya Janata Party and the party-led government at the Centre are understandably over the moon. They have every reason to feel elated as they have scored two significant political victories within a week: a creditable victory in the Karnataka assembly by-elections and the ease with which the Citizenship Amendment Bill (CAB) was passed in Rajya Sabha. The latter was a significant component of the BJP’s election manifesto, too.

But neither the BJP nor the Modi Government must allow themselves to be carried away by the overwhelming sense of euphoria animating them. For, there are already signs that the passage of the CAB has caused grave concern across the country, especially among the minorities.

The north-east States, which will bear the brunt of implementation of the CAB, are on the boil. The strong feelings the passage of the Bill has created are understandable. The NE states fear that the impending influx of the refugees from across the border will overwhelm them demographically, politically and culturally. These fears are not unfounded.