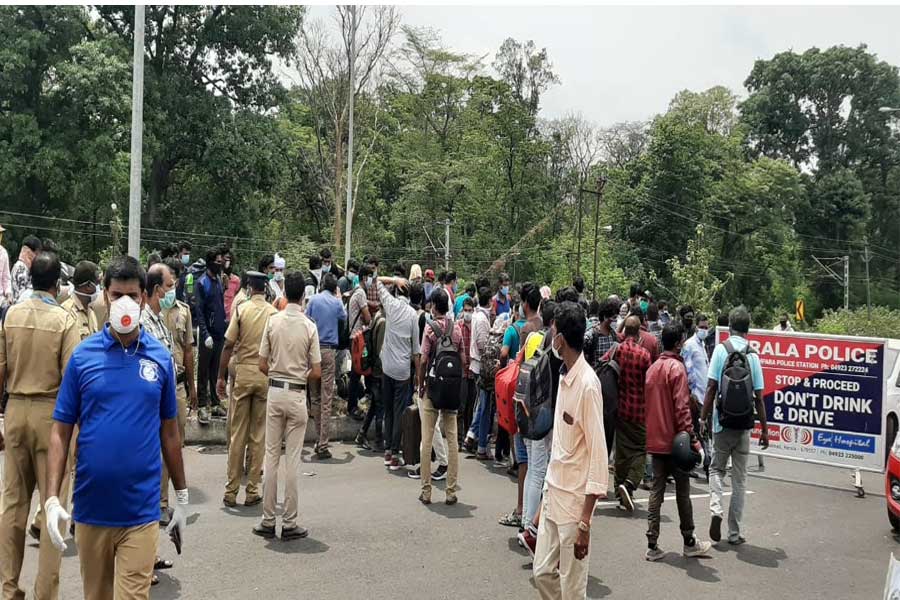 Sheeba K, a 22-year-old medical student from Pondicherry spent about seven hours waiting for the clearance at the Walayar check post. The distance from the Walayar check post to her house is only a 20 minute-walk. After fighting the odds due to the lockdown and insufficient food, she managed to reach the check post in a taxi by spending a lump sum of money on Thursday. “I had to go through this mental agony due to a fault in the registration through COVID-19 Jagratha. This resulted in me waiting seven tiresome hours at the check post for the clearance without enough food or water,” said Sheeba.

Venugopal S had to travel from Coimbatore to Kerala with his wife after his mother-in-law staying in Mannarkkad (Palakkad district) passed away on Wednesday. Even at about 5 pm on Thursday, the duo was waiting to get approval to cross the Walayar border.

Earlier, the pass of a single-family member was enough to cross the border, later the criteria to travel was changed and resulted in a huge dilemma for the officials on duty as well as the travelers. Sheeba and Venugopal are only two examples of the frustrated Keralites in other States struggling to meet their family members in their home town.

Over 1,000 people from Kerala are commuting every day from the States including Tamil Nadu, Andhra Pradesh, Telangana, and Karnataka through Walayar. To prevent the taxi driver from undergoing quarantine for 14 days in Kerala, the taxis arriving from other States to Kerala were sent back at Tamil Nadu border. Thus, the travelers including pregnant women, disabled and elderly citizens need to walk for over a kilometre with luggage to reach Kerala border. Despite the tiresome journey in a two-wheeler, car, traveler and bus, they need to spend a long day at the border.

“It is not just the issues related to the availability of pass, but a few people do not have access to smartphones or would have run out of charge by the time we enroll them for an emergency pass. There are many passengers who turn up at the counter without any of the documents and proof,” said a volunteer at Walayar desk on terms of anonymity.

Many of the Keralites staying in other States are not aware of the registration process despite communication sent via district authorities and media. Vidya V, a student of a private engineering college in Chennai said, “I came with a group of three girls. We were starving for the last few weeks during our stay in Chennai. Seeing our trouble, a Malayali uncle who owns a tea shop provided food for us, free of cost last week. We were traumatised and he helped us to register through NORKA and COVID-19 Jagratha website as we were not aware of the process. Also, he arranged for our travel from Chennai to Kerala.”

The server errors in the COVID-19 Jagratha website of the Government of Kerala makes the travelers as well as the volunteers working at the help desk, counters and the district approval offices helpless. “The number of travelers to Malappuram counts more and the process taking place at the district is slow due to server errors. Also, on Thursday no actions regarding the approval were taken until noon at the Malappuram collectorate,” said a top official.

According to KO Varghese, tahsildar and executive magistrate at the check post, the higher number of travelers is from the hotspots in Chennai, Chengalpattu and Kancheepuram. “While talking about the facilities at the centre, he said, “Eight beds, necessary equipment and ambulances have been ensured at the checkpoint along with doctors and nurses on call.”

The special branch DYSP, R Manoj Kumar said, as many as 1828 people crossed the border from 6 am till 6 pm on Thursday. This includes 1,228 men and 427 women and 173 children in 679 vehicles. Over 8,000 people passed through Walayar check post from other States till Thursday. Compared to Tuesday and Wednesday the rush at the counters was less on Thursday.

To reduce the rush at the counters, travelers were halted near the Tamil Nadu border. “Those with COVID-19 Jagratha passes and emergency cases including pregnant women, family with children and single person to be added with the rest of the registered family members were allowed to come to the counters on Thursday. This reduced the flow of people to the counters,” said a police official on duty.

While talking about the health of the travelers Dr Rachana Chidambaram, district program coordinator of the National Health Mission said, “Nobody has been shifted to the hospital and no severe health issues other than fainting due to lack of food intake were reported in the checkpoint. Only those with COVID-19 symptoms are placed in the COVID-19 care centre and the rest are sent to the home for self-quarantine.

Further, to stop the mixing of the Keralites travelling from other States, the registration of further passes to Kerala have been suspended on Thursday. According to official sources, those who traveled from other States have been asked to surrender for institutional quarantine.

Other than Walayar, the other check posts available for entry are Inchivila (Thiruvananthapuram), Aryankavu (Kollam), Kummily (Idukki), Muthanga (Wayanad) and Manjeswaram (Kasaragod). As many as 2 lakh Keralites from other States had registered to return to the state. 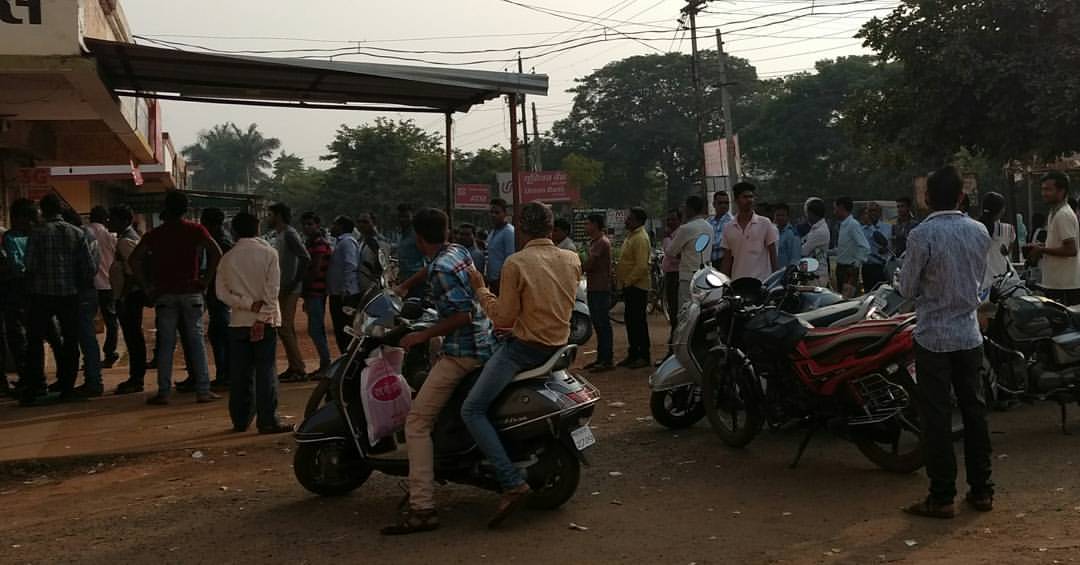 Fed up with Long Queues Outside the ATM? Singaporean Start-Up SoCash Has a Solution