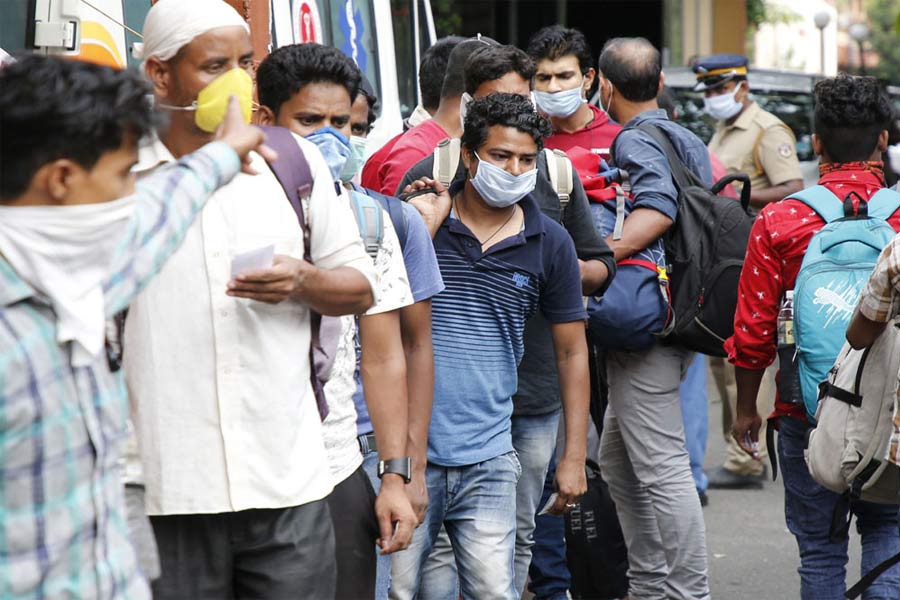 The war on the Covid-19 virus is quickly transforming into a war against the working class in India. In parliament, in March this year, the government had stated that there are estimated to be around 100 million (10 crore) inter-state migrant workers. A vast majority of them would have lost their livelihoods with the lockdown being imposed. They have lost their places of stay and were driven to desperation by lack of food and shelter for their families. Most of the so-called migrant workers are actually the working class—they are workers in the construction industry, micro, small and medium factories and labourers in markets and distribution networks.

Neoliberal capitalism has consciously informalised the workforce. Workers who had moved to the city or an industrial area from the rural areas or another state, to work in factories and commercial enterprises for a long period of time, are still called “migrant workers” as they do not have a permanent job, no income or social security or housing to call their own. Unlike the early decades after independence, when the first generation of working class was settled near their workplace and became part of local society, most of the present day workforce (90 per cent) are daily wagers, casual and contract workers who are not allowed to strike roots near their places of work.

Thus their conditions can be described as what Friedrich Engels termed, the “juvenile state of capitalist exploitation”, under which the workers and their families suffered the most primitive forms of exploitation—something Engels so vividly portrayed in his The Conditions of the Working Class in England written in 1845. The difference is that, on top of these primitive forms of exploitation are new forms of intensified exploitation using technological innovations in production and creation of global supply chains.

It is the working class and the working people who are going to bear the brunt of the economic and social consequences of the coronavirus pandemic. The pandemic has laid bare the actual conditions of the working class—through the “migrant worker crisis”—something which has always remained hidden from the mainstream media and public discourse.

How the Modi government views this huge segment of the working class has also been nakedly exposed by the pandemic. After inflicting devastation on the most precarious sections of the working class through a lockdown without any notice, the Modi government remains oblivious to the desperate pleas of lakhs of workers to go back to their villages and homes. Those who attempted to walk back home were beaten, pushed back at inter-state borders; others rounded up and sent to makeshift camps.

After nearly 40 days, due to persistent demands of the state governments, buses were allowed to transport them. When states said that this was impractical and expensive, finally special trains called Shramik Special Trains were announced on May 1. But here too, the government displayed its inhumanity by asking the railways to charge fares from those travelling.

Faced with an outcry from the opposition and sections of the media about this callous effort to fleece helpless workers, the government resorted to obfuscation. The government spokesman put out a diversionary explanation that the centre is bearing 85 per cent of the cost and the states concerned are bearing 15 per cent.

When this could not find any takers, the centre sought to pass the buck on to the states by saying that it was they who had asked for the trains. But the fact remains that, as per the circular of the railways, sleeper class fare is being charged along with a Rs 50 surcharge. Even this is not enabling a large number of workers to avail of the special trains. For instance, in Mumbai, workers have complained that they need to produce a medical certificate that they are fit to travel for which they have to pay anything from Rs 1,000 to 5,000 to private doctors/hospitals to procure them. Something beyond their means.

So once again we are seeing groups of migrant workers beginning the long walk home just as they did when the lockdown was enforced on March 25. The Modi government seems to be having second thoughts about undertaking this project of transporting migrant workers back to their homes through the railways. On May 3, the union home secretary wrote to the chief secretaries of all states seeking to restrict the number of migrant workers who can avail of the special trains. In a confusing guideline, it was stated that trains were meant to facilitate the movement of stranded persons who had moved from their native places to workplaces just before the lockdown period, but could not return. This rules out the bulk of the migrant workers who want to return home.

The Modi government seems more worried about the labour shortages which will occur when the lockdown period is lifted. This is also reflected in the Karnataka chief minister Yediyurappa’s appeal to workers not to leave the state at the behest of the builders’ lobby. The Karnataka government has cancelled the trains it requisitioned to send workers to Bihar. This is nothing but coercion to have a captive cheap labour force.

The Inter-State Migrant Workmen (Regulation of Employment and Conditions of Service) Act, 1979 is going to be repealed when the Occupational Safety, Health and Working Conditions Code Bill 2019 will be adopted. The Inter-State Migrant Workmen Act had provided for some minimal rights and benefits for the migrant workers even though it has not been implemented seriously so far. The Centre of Indian Trade Unions has pointed out that it would be criminal to repeal the Act at a time when the migrant workers are facing an existential crisis. What is needed is to further strengthen this Act and ensure its implementation.

The treatment of the migrant workers presages the impending offensive against workers’ rights in general. Already four state governments have modified the existing laws and rules to increase the working hours from 8 to 12 per day for workers in factories. The Rajasthan government took the lead and Gujarat, Punjab, Himachal Pradesh, Uttar Pradesh and Madhya Pradesh have followed. In the video conferencing with chief ministers on April 27, Prime Minister Narendra Modi appreciated the step taken by the Ashok Gehlot government. He had no word of appreciation for any other effort to tackle the coronavirus epidemic by any other state.

Narendra Modi’s praise for the Rajasthan government’s step was a signal for others to follow. Shivraj Chouhan, chief minister of Madhya Pradesh has announced that changes in the labour laws will be made for industries to allow relaxations of labour inspections, exemption from maintaining registers and to allow them to change shift timings as per their convenience. He has also said that new factories setup would be exempt from the Rs 80 per worker to be paid annually to the labour welfare fund and more such anti-worker steps in the name of attracting investments.

It is a law of capitalism that every crisis confronting it must be resolved at the expense of the workers. Already large-scale loss of jobs has taken place. According to the Centre for Monitoring the Indian Economy (CMIE), the unemployment rate has shot up to 27.11 per cent for the week ending May 3 from the level of 6.74 per cent in the week ending March 15. The workers who are still in employment will be coerced into working longer hours and depressed wages with no security and rights. This is what the Modi government and the ruling class intend to enforce in the coming days and that is what must be resisted and fought by the united trade union movement and the Left and democratic forces.

By arrangement with Peoples Democracy

Cover Image: Migrant workers waiting to board train to their home state, outside Ernakulam railway station, Kerala, after 40 days of lockdown/ V Sivaram 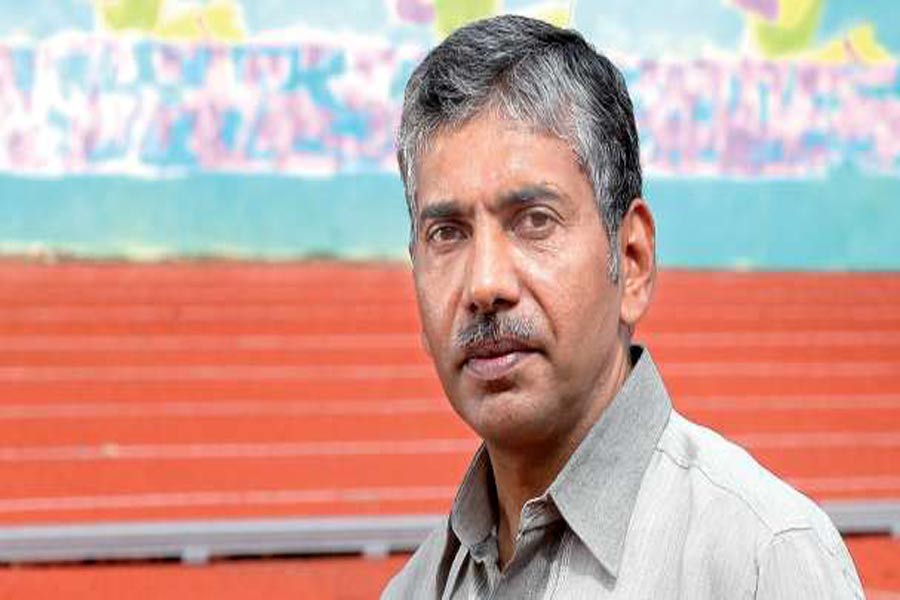