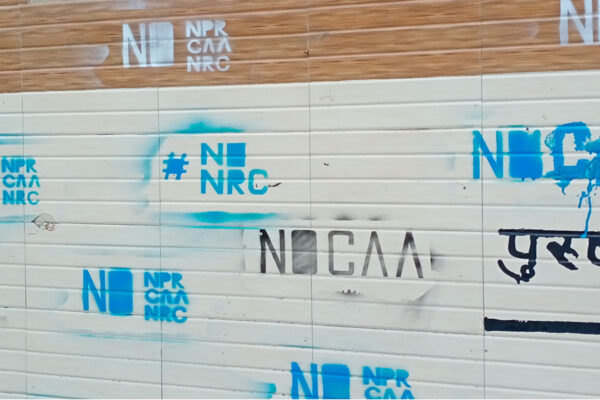 NRC by stealth and subterfuge

The Modi government has gone on record in Parliament that it has not taken any decision till now to prepare the National Register of Indian Citizens. This was the reply given by the minister of state for home affairs, Nityanand Rai, to a written question. This is in line with what the prime minister, Narendra Modi, had said at a rally in Delhi on December 22, 2019 that since his government came to power in 2014, there has been no discussion on the NRC.

These are half-truths meant to deceive the people. Half-truths because, the NRC as such, is not being compiled but the process of preparing the NRC has begun. When it is pointed out that the updation of the National Population Register (NPR) has been notified which is the first stage in the preparation of the NRC, then the government denies that there is any connection between the NPR and NRC. This is patently false.

The prime minister and other ministers of the union cabinet know very well that it was the Vajpayee government which adopted an amendment to the Citizenship Act of 1955 introducing the concept of a National Register of Indian Citizens in 2003. In order to bring such a register into being, the rules framed under this amended Act provides for a National Population Register. The NPR will consist of all usual residents in a locality and the answers collected through questions posed to the head of the household will be the data entered into the population register by the local registrar. It is out of this information that the screening and verification will be done of “doubtful citizens”. It is after this that the National Register of Citizens will be finalised. 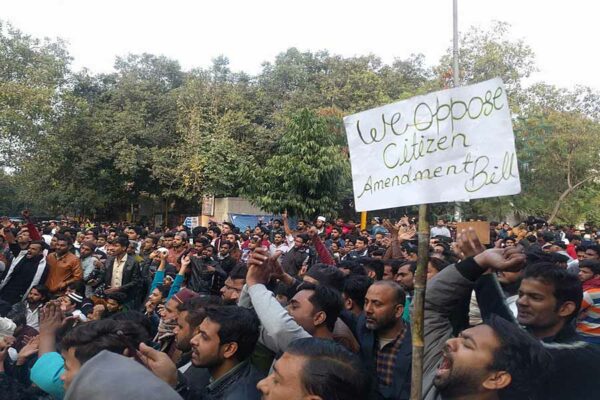 The fortnight since the adoption of the Citizenship (Amendment) Bill by parliament has been witness to one of the significant moments in recent political history in India. It has revealed two facets which are interrelated but opposite in nature.  The first facet is that the Modi government has emerged as a full-fledged authoritarian regime.  The second is that the widespread protests against the CAA and the NRC countrywide, have established the gathering resistance to the onslaughts on secular democracy and the constitution.

The Modi government at the centre and the BJP-ruled states have unleashed a frontal attack on the democratic rights of citizens–on the right to assembly, the right to peaceful protest and freedom of expression.  Section 144 of the Criminal Procedure Code (CrPC), which prohibits the assembly of more than four persons, has been widely used in all the BJP-run states and in Delhi where police and law and order are with the centre.  The most extreme form was seen in BJP-ruled Uttar Pradesh where the entire state was put under prohibitory orders.

The use of Section 144, a colonial law resurrected in the Criminal Procedure Code, in this manner makes a mockery of the right to protest which is constitutionally sanctioned.