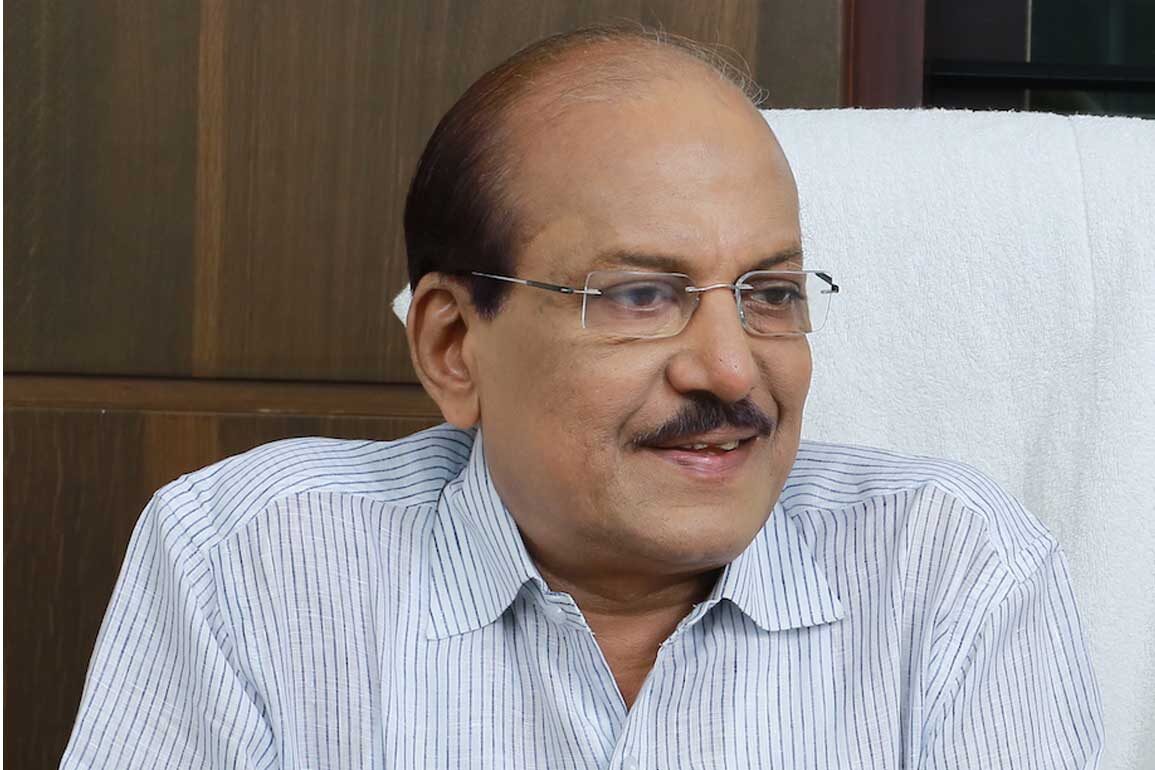 The announcement made by Muslim League General Secretary P K Kunhalikkutty that the party was willing to hold talks with political and ideological rivals like the Welfare Party of the Jamat-e-Islami for the upcoming local body elections have raised a storm within the party and outside. The Muslim Youth League, the youth wing of the Muslim League, has formally expressed its disapproval while the CPI (M), in the rival LDF is planning a campaign running down the League as kowtowing to the diktats of the extremists in the Muslim community.

It was P K Firoz, the leader of Youth League, who openly expressed his views against the party’s moves after deliberations in the organization, the other day. The CPI (M) State Secretary Kodiyeri Balakrishnan, LDF convener A Vijayaraghavan and many other CPI (M) leaders also have castigated the Indian Union Muslim League (IUML) for its alleged moves to join hands with extremists within the Muslim community.

Explaining his party’s position, Kunhalikkutty has pointed out that the Welfare Party had supported the UDF candidates in the 2019 general elections, which saw 19 of the 20 UDF candidates winning in the state with thumping majorities. In Malabar, where the Muslim votes are crucial, the UDF had been able to win with exceptionally good margins. The UDF and Muslim League had come to the conclusion that this impressive victory  was made possible mainly because of unity of political views in the Muslim community in the Lok Sabha elections, unlike in recent elections when Muslim votes were divided between various political entities in the community including the IUML, the Welfare Party, the Social Democratic Party of India (SDPI) controlled by the Popular Front of India, and the People’s Democratic Party (PDP), that owes allegiance to Abdul Naser Mahdani, now in a Bengaluru jail. In addition, the CPI (M) also has a substantial cadre base in the community in the Muslim majority regions in Malabar.

The Muslim League leadership has been facing serious threats from two camps: on the one side, the CPI (M); and on the other, the emerging political formations within the community. The party’s dominance on the Muslim vote that it had maintained from the 1950s has been challenged and on a number of occasions, the party candidates faced defeat in its impregnable fortresses. The trend of erosion of support for the Muslim League was first brought home in the 1996 by-elections in Guruvayur, when CPI (M) Independent candidate P T Kunhumuhammed, a well-known filmmaker from nearby Chavakad, defeated Abdussamad Samadani of the Muslim League by a margin of around 2500 votes. It was for the first time the League faced defeat in the constituency.  The reason for the League debacle was the split in the party with national president Ebrahim Sulaiman Sait parting ways with Kerala leaders, forming the splinter Indian National League (INL) in 1994.

The Guruvayur election results gave the first indication that ideological concerns of a national and global nature were making a deep impression on the community’s collective psyche deciding its electoral preferences. For the first time, the League realised that it was no longer in total control of its mass base. In 1996, what really prompted such a course correction was the demolition of Babri Masjid, an issue on which Sait had serious differences with the Kerala leadership. The League was a part of the Congress-led UDF in Kerala and Sait called for an immediate parting of ways. Kerala leaders refused, leading to the split.

Frankly, it was the CPI (M) that saved the Kerala leadership of the League, who faced decimation at the hands of Sait and his followers, if his efforts to join hands with the LDF in Kerala had succeeded. Sait had planned his moves elaborately, had held discussions with CPI (M) General Secretary Harkishen Singh Surjeet, and had received discreet promises from the state CPI (M) leadership about a possible accommodation in the LDF after the split. But it never materialised. At the Chandigarh Congress of the CPI (M) in 1996, the party took the decision that such an alliance was not possible as the INL was seen as a communal outfit and its secular credentials needed to be proved over a period of time. It was a decisive victory for hardliners like V S Achuthanandan, and defeat for pragmatists like E M S Namboodiripad, E K Nayanar and M M Lawrence, who fought bitter power struggles within the CPI (M) state unit at time.

With the demise of Sait, the INL faded away, and Maudani, whose party had won around 25,000 votes at Guruvayur and Tirurangadi by-elections in 1996, was caught up in a web of criminal charges, first in the Coimbatore blast case and then in Bangalore, effectively removing him from the Kerala Muslim public sphere. That brought the things back into the hands of the League, though only for a brief moment.

Then new challenges to its hold on the community came in the early years of 21st century, when the CPI (M) moved swiftly to cash in on emotive issues that swayed the Muslim mind. They made use of global issues like the US attacks on Saddam Hussain to national issues like the Sangh Parivar attack on Babri Masjid to local affairs like the reverence of Muslim folks for Sunni icons like Sayed Fazal Pookoya Thangal, deported by the British in the 1850s, and the leaders of the 1921 Malabar rebellion, who were hanged to death by the colonial rulers. The results were spectacular: the CPI (M) could sweep the 2000 district council elections and then in 2004, their candidate T K Hamza defeated IUML’s senior leader K P A Majeed in the Manjeri Lok Sabha seat. The CPI (M) held its state conference at Malappuram that year, with a massive show of strength in the Muslim heartland, giving tremors to the League leadership. In the 2006 Assembly elections, a large number of Muslim League candidates, including their top leaders and ministers like P K Kunhalikkutty, E T Muhammed Basheer, and M K Muneer were defeated by LDF candidates, in an unprecedented development for the party.

In subsequent elections, the Muslim League recovered the lost ground, but in the process they also came away with some serious political lessons. First, the foundations of Muslim politics have changed; it was no longer a matter of dividing the spoils of political power among the various claimants as it used to be in the past. Global concerns are now more important. Second, while electorally the League remained the best option for the community, on matters of ideological and theoretical nature, it was no longer in a position to lead the community. Third, there is a groundswell of influence of a new crop of intellectuals and political thinkers who articulated the community’s deeper concerns from a global Muslim perspective, which the party would have to take seriously in order to retain the larger community support. These new voices that influenced the community came from outside the League’s ranks, and in fact the new social and political movements that came up in the 21st century were able to articulate these concerns in a much more effective way.

In short, the Muslim League is now groping for a new kind of politics, a politics that would help them get closer to the Muslim mind at a time when the community is facing grave threats and its rank and file are seriously worried about their future in a Hindu majoritarian India. They realise these deeper concerns will have to be addressed and at the same time, electoral gains would have to be maintained. They cannot hold on to power with only their traditional support base, which has been dwindling. Hence the overtures from rivals whether it is the Welfare Party or the PDP or SDPI, and in recent years there have been occasions when they made pacts with these forces with handsome gains. So, despite noises from the periphery, the League leadership is most likely to go ahead with their efforts to strike wider alliances in the name of Muslim unity at these unsettling times, arguing that these are vital for the community’s common benefit. 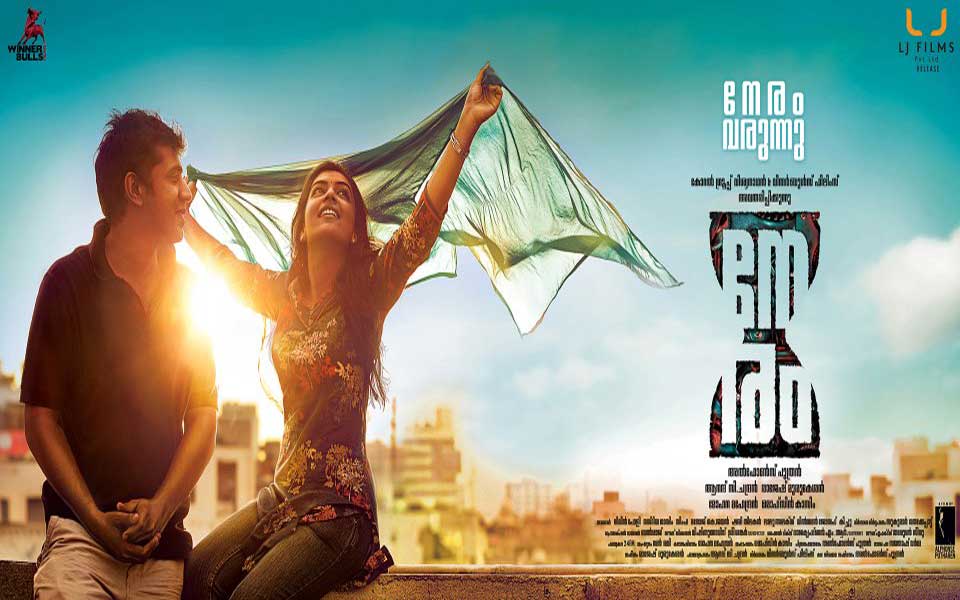