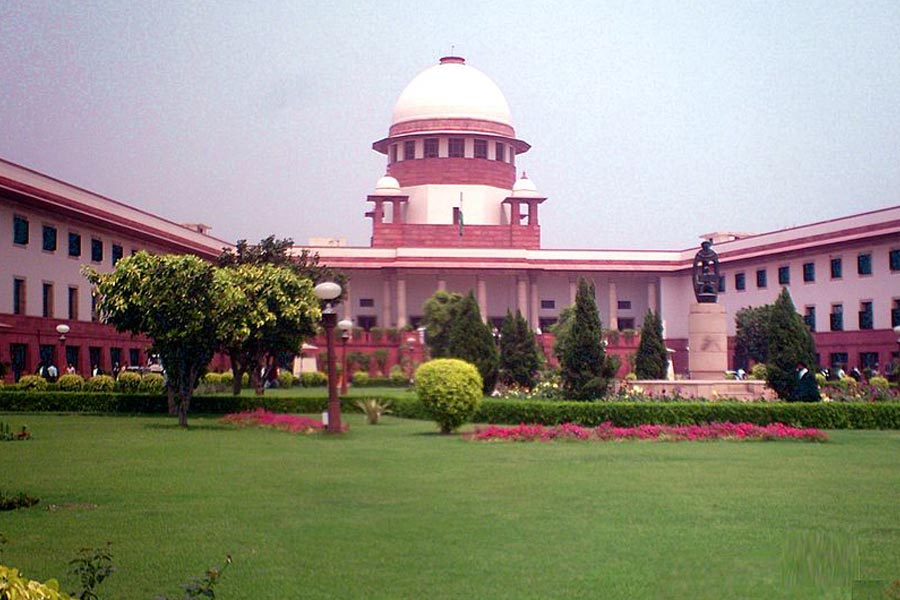 A Matter of Great Public Importance—Sexual Harassment or Bench Fixing or Both?

An ordinary lawyer like me is bemused, as the Supreme Court finds itself facing its biggest credibility crisis. Again.

After allegations of sexual harassment and victimization levelled by a former employee of the Supreme Court against the Chief Justice of India were made public last week, the manner in which these allegations were handled by the Court rightly came under widespread criticism.

However, the case has taken a strange turn, with the Court ordering a probe into bench-fixing allegations based on affidavits tendered by an advocate in a sealed cover. One wonders why a probe into this allegation is relevant in this case, at this stage, particularly when petitions directly raising similar allegations have been dismissed by the Court earlier.

An ordinary lawyer like me is bemused, as the Supreme Court finds itself facing its biggest credibility crisis. Again.

After allegations of sexual harassment and victimization levelled by a former employee of the Supreme Court against the Chief Justice of India were made public last week, the manner in which these allegations were handled by the Court rightly came under widespread criticism.

However, the case has taken a strange turn, with the Court ordering a probe into bench-fixing allegations based on affidavits tendered by an advocate in a sealed cover. One wonders why a probe into this allegation is relevant in this case, at this stage, particularly when petitions directly raising similar allegations have been dismissed by the Court earlier.

A specially (and hastily) constituted bench of the Supreme Court took suo moto cognizance of a “Matter of Great Public Importance Touching upon the Independence of Judiciary,” (MOGPITUTIOJ) on the same day these allegations were published, after it was mentioned by the Solicitor General. The Court then passed a very problematic order without specifying the exact nature of the “wild and scandalous allegations” or the “undesirable material” that the media, in its wisdom, should or should not publish.

So, based on reports of what transpired during the hearing on April 20, one can only infer that this MOGPITUTIOJ pertains to the sexual harassment and victimization allegations made against the CJI. Thereafter, an advocate by the name of Utsav Bains also made certain (some would say, wild and scandalous) allegations in a Facebook post, primarily stating that he was offered a bribe to frame the CJI in a false case and that he will file an affidavit to this effect. Though, as it turned out, the averments in his (first) affidavit differed slightly from his allegations in the Facebook post, he maintained that there is a conspiracy against the CJI.

In the meantime, though an in-house inquiry committee was constituted to look into the allegations made by the former Supreme Court employee, the MOGPITUTIOJ continued to be listed and heard on the judicial side by a bench of Justices Arun Mishra, Rohinton Nariman and Deepak Gupta.

As reflected from the Court’s order dated April 24, the affidavit mentioned certain names and alleged that they have asserted that they could fix the Bench of the Judges. The Court then observed, “Considering the seriousness of the allegations as the system has absolutely no place for such fixers, we cannot leave the matter at that. It becomes our responsibility to keep this institution clean as well as to ensure that the image of this institution is not tarnished by such allegations to undertake the probe in the matter.”

It is this allegation regarding bench fixing that seems to have prompted the Court to order a probe, even though the MOGPITUTIOJ was not born out of the Facebook post or affidavits of Mr. Bains.

In its order dated April 25, the Court appointed former SC Judge, Justice A K Patnaik, to hold an inquiry into the allegations made in the affidavits and requested the CBI Director, IB Director and Delhi Police Commissioner to cooperate with him. At the same time, the Court made it clear that this inquiry will not be with respect to the alleged misbehaviour involving the CJI, but will only be with respect to the contents of the affidavits, whether they are correct or not.

The Court has made it clear in both its orders referred above that the outcome of the court-ordered inquiry shall not affect the in-house inquiry pending on the administrative side in any manner whatsoever.

From Sexual Harassment to Bench Fixing?

However, it is unclear why this ‘bench-fixing’ allegation is relevant in a matter that was listed on the judicial side after allegations of sexual harassment and victimization made by a specific person against a specific judge surfaced, and an advocate came forward saying that there is a conspiracy against the CJI. Since we are in uncharted territory, the manner in which this entire episode has proceeded assumes importance because it will act as a precedent.

Though undoubtedly serious, these allegations are not new nor has the issue gone unnoticed by the Court.
As far back as 2014, Senior Advocate Dushyant Dave had highlighted this issue in open court, by mentioning it before a bench of the then Chief Justice P Sathasivam and Justice Ranjan Gogoi. He had categorically stated that “bench hunting” is rampant and a strong message needs to be sent that such forum shopping is not permitted by the Court.

More recently, in 2017, two petitions were filed before the Supreme Court by Campaign for Judicial Reforms and Advocate Kamini Jaiswal, seeking constitution of a Special Investigation Team to look into allegations of attempt to influence a bench of the Supreme Court (purportedly headed by the then CJI). Justices Chelameswar and Nazeer passed an order recording that an FIR was registered by the CBI against a retired High Court Judge, and that “The FIR contained certain allegations which are disturbing. The allegations pertain to the functioning of this Court.”
The matter was directed to be listed before a Constitution Bench of the five senior-most Judges. However, it came to be overturned by a Constitution bench comprising the then CJI Dipak Misra and Justices R K Agarwal, Arun Mishra, Amitava Roy and A M Khanwilkar, wherein the authority of the Chief Justice as the Master of the Roster was reiterated and the matter was posted before a different bench.

Both petitions were then dismissed by a bench of Justices R K Agarwal, Arun Mishra and A M Khanwilkar vide judgments dated November 14, 2017 and December 1, 2017, strongly deprecating the conduct of the petitioners in filing successive petitions and making scandalous and contemptuous remarks. In the judgment dated December 1, 2017, whereby costs of Rs. 25 lakhs were imposed on the petitioner, the submission recorded is as under

“3) Shri Prashant Bhushan, referring to the FIR dated 19.09.2017 filed by the CBI, New Delhi submitted that in the FIR names of various persons have been mentioned as suspected accused along with other unknown public servants and private persons. According to him, the aforesaid FIR has been lodged regarding some criminal conspiracy for getting a matter pending before this Court settled. He thus submitted that one does not know how many public and private persons are involved in it and the matter relates to huge gratification for inducing public servants in a matter pending before this Court. He, however, emphasized that the purpose of filing this petition is not to name any Judge of this Court but to protect the independence of the judiciary and in order to arrive at an impartial investigation, this Court may appoint a SIT headed by a retired Chief Justice of India.”

After having declined to entertain petitions specifically seeking institution of a SIT to look into what were essentially bench-fixing allegations, the Court in its wisdom has now ordered a probe into allegations of a similar nature but in a case that arose out of a wholly different situation, with the in-house inquiry proceeding simultaneously. It is also unclear why the 2017 petitions were worthy of dismissal but the affidavits filed by Bains merit a probe.

It would seem prudent to let the in-house inquiry committee first look into the veracity of the allegations raised by the former Supreme Court employee, whether it finds the allegations to be true (sans any conspiracy) or deliberately cooked up to malign the CJI, or whether the allegations are true but have been revealed at the behest/ instigation of some third party that may or may not have anything to gain therefrom. The Court could have then ordered a probe on the judicial side based on something more concrete than affidavits containing only names and allegations.

In any event, now that the matter is directed to be listed after the inquiry report is received, it remains to be seen how it progresses. Perhaps the Court can also lay down some guidelines for future cases, if any, for the sake of clarity.

Update: Justice A.K. Patnaik, the retired Supreme Court judge appointed by the court to check a lawyer’s claim of a “larger conspiracy” against Chief Justice of India Ranjan Gogoi, said on Friday that he would not begin his assignment until the in-house inquiry into a former court staffer’s complaint of sexual harassment against the Chief Justice was complete.