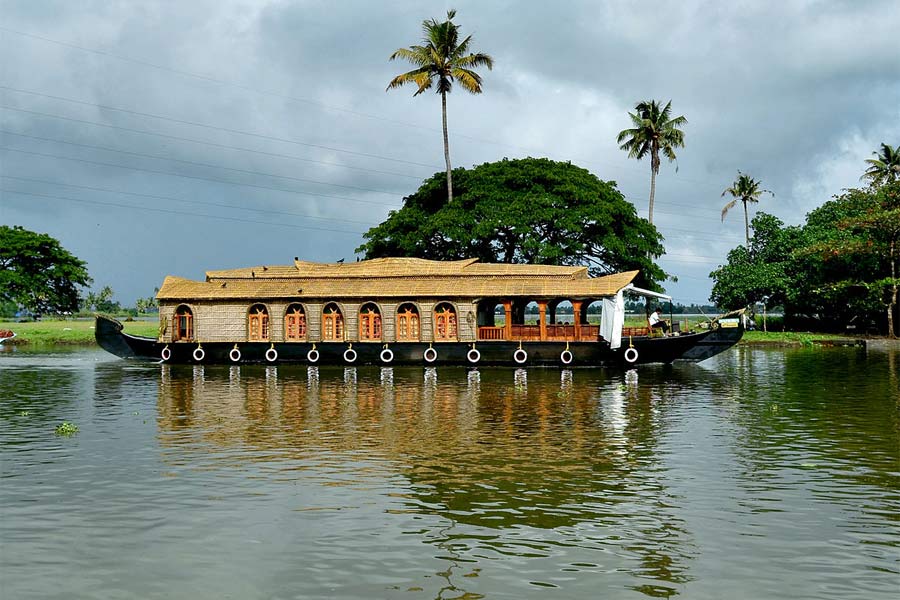 In the midst of Covid-19 pandemic, it is pretty evident that the Upanishad sloka ‘atithi devo bhava’ (guests are divine) has taken a backseat in Kerala. At present there are over 5000 tourists in the state, and Kerala which proclaims itself as “God’s Own Country” has turned inhospitable exhibiting fear and parochialism in these times of corona virus.

Some tourists who came to Kerala this month are finding it difficult to get hotel rooms and are being denied entry into restaurants. Besides accommodation and food, these foreign tourists who were always welcomed with glee for their dollars and euros, now find it near impossible to get autorickshaws and taxies to travel to and fro from railway stations and airports. Many had to take refuge in government hospitals.

The Kerala Chief Minister, Pinarayi Vijayan, had to finally intervene and admonish Keralites for their cruel behavior reminding them that the tourism industry is a major industry in the state. Vijayan said, in many places where the tourists were shut out by the people, the police had to step in and find them accommodation.

According to Asianet News, Superstar Mohanlal, too, weighed in on this matter saying that he felt saddened by the situation where tourists had to spend the night in the cemetery after Keralites had turned completely hostile to their guests.

The Kerala Chief Minister sternly warned all those ill-treating foreign tourists pointing out such acts would take a toll on the tourism industry in Kerala in the future. In his latest media briefing on Tuesday, he specifically mentioned the young couple from Italy and from France who arrived in Kannur on March 11. They were not given accommodation by any of the hotels and resorts and they took a train to Payyannur.

Sasi Vattakkowal, Payyannur Municipal Chairman, told The Kochi Post, “On March 15, while wandering on the streets, the public exhorted them to go to the Payyannur Government Taluk Hospital for Corona screening and when they reached the hospital, the couple broke down before the doctor saying that they hadn’t eaten anything for three days. The hospital authorities bought them food and did the screening. I rushed to the hospital on hearing the news.” Sasi said that he bought them some fruits and the incident was very unfortunate. He pointed out that after the Corona screening, the couple was shifted to Thalassery Government Hospital for a temporary stay there and they did not show any symptoms of Covid-19.

Similarly, a woman tourist, Maria, who reached Thiruvananthapuram from Delhi was seen crying on the road as she was not given a room by any hoteliers and the Pink police intervened to take her to the general hospital. She told the police that she had booked a hotel in Thiruvanathapuram but they denied her room due to the Corona scare. The Pink police said that she was tired and was seen crying when they spotted her near the University Library at Palayam

On March 14, there was report of a tourist at Wagamon in Idukki sleeping in a graveyard as he was not given accommodation by any tourist homes. There were also several incidents of local travellers shouting at foreigners inside public transport buses and asking them to alight mid-way before they reached their destinations.

Deputy director, Tourism department, at Kannur, P Muraleedharan, said that his department had informed all the tourist guest houses to subject inmates to screening and there was no need to keep the tourists out and deny them accommodation.

However, the owner of a top heritage hotel in Thrissur town said that in view of the Covid-19 pandemic, giving accommodation to foreign tourists was at present a matter of great concern.

“We have a foreign couple and they checked out on Tuesday. They had done the booking earlier and we checked with our NRI cell and the medical helpline numbers before they were given admission at the hotel. They had reached India in January and going by their travel history they were given accommodation. Two autorickshaw drivers refused to take them to the railway station and later a mask wearing auto driver agreed to take them,” the owner of the heritage resort said.

He also said that none of the employees went near them and the room where they stayed could be cleaned only a day after they departed. “We are not taking any fresh bookings. Most of our bookings have been cancelled and we now have only a single booking by a foreigner,” he added. 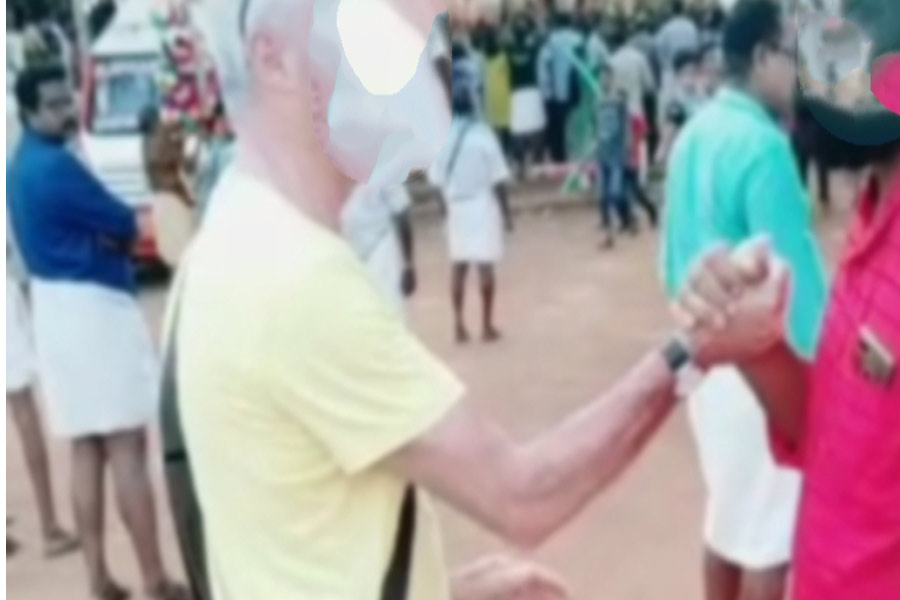 On the other hand, the local people who did a tiktok video and interacted with some tourists from England are apprehensive. These tourists were asked to deplane from the flight from Nedumbassery Airport on Sunday morning as the test result of one among the 19-member group on vacation in Kerala was found to be positive.

The group of UK tourists who are under observation at government hospital in Ernakulam district had visited Cheruthuruthy and on their way back had attended Pooram at Kuttanellur in Thrissur on March 8.

No Proper Protocol in Place

It is also a fact that there is no proper protocol in place to allay the fears of the hospitality industry while hosting and accommodating the foreign tourists and how to interact with them in the tourist house during an epidemic/pandemic. As for the tourists there are no helplines in place for them to contact if things go out of hand.

With the ban for foreigners flying to India from European Union, Turkey and UK in place from March 18 there will be a considerable slump in the number of foreigners reaching India. With all tourists spots and activities closed in view of spread of Covid-19 these tourists are staying in their rooms. Most have booked tickets to fly back home and are waiting in their rooms to depart. It will be a major challenge for the government to make arrangements for the more than 5000 foreign tourists who are presently stranded in Kerala to fly back home.

The office of tourism minister, Kadakampally Surendran, said that there was no particular helpline for tourists but tourists could contact his office in case of any emergency. They could also contact the district administration in case of any difficulties, an official at Minister’s office said.

That being said, Kerala state needs to reach out and do more than accommodate foreign tourists in government hospitals. A crying shame that we cant do better. 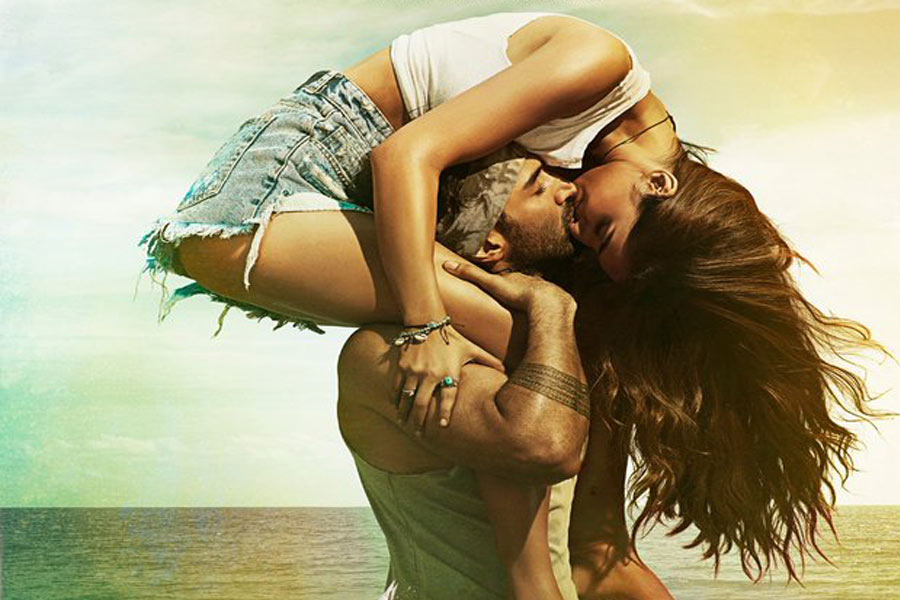 Malang: All hype does not a thriller make