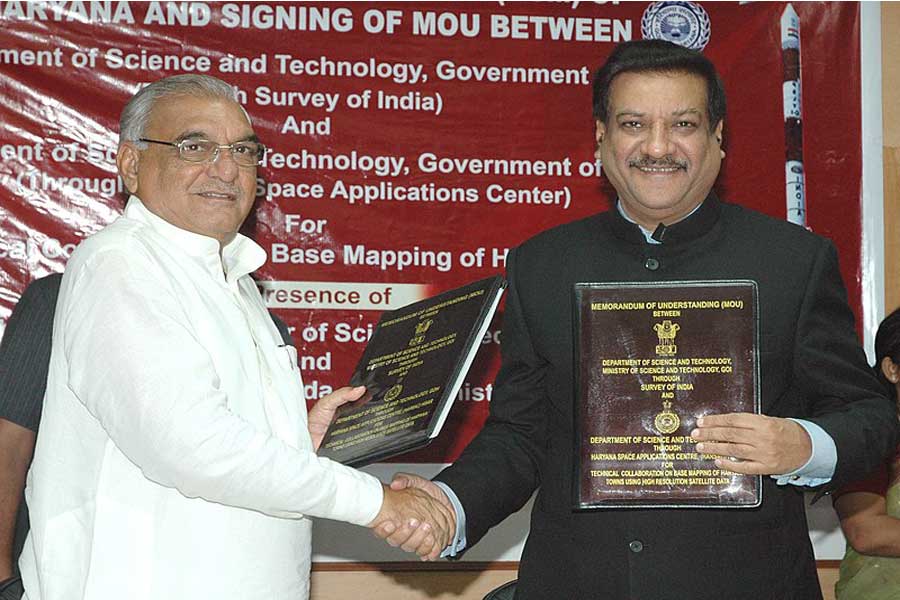 When the Bharatiya Janata Party registered a massive victory in the general election, it was taken for granted that Prime Minister Narendra Modi’s undiminished popularity and party president Amit Shah’s unmatched organizational skills would ensure a clean sweep for the party in the subsequent Maharashtra and Haryana assembly polls.

This assessment was based on the 2014 electoral outcomes when the feel-good factor generated in the Lok Sabha poll had persisted, with the BJP scoring big in the Maharashtra and Haryana assembly polls which followed four months later. It was expected that this pattern would be repeated in 2019. There was no reason to believe otherwise. After all, the Modi-Shah duo was on a strong wicket and had acquired the reputation of being invincible.

The opposition, on the other hand, was virtually decimated in the Lok Sabha elections. Even the opposition had reconciled itself to a walk-over in the assembly polls after its earlier electoral mauling. But when the poll results came in, the opposition, specifically the Congress, had a lot to mull over. Though the party doubled its tally in Haryana (going up from 15 to 31) and improved its position marginally in Maharashtra (from 42 to 44), it cannot assume that this trend will persist and the Congress will be the automatic beneficiary of anti-incumbency against the ruling Bharatiya Janata Party. It should not forget that it was virtually decimated in the last general election, a few months after it succeeded in dethroning the BJP in the 2018 assembly polls in Madhya Pradesh, Chhattisgarh and Rajasthan.

The BJP had been quick to learn from its mistakes and lost no time in taking corrective measures following its electoral reverses. It enacted a legislation to provide a ten per cent quota in educational institutions and government jobs for the economically weaker sections from upper castes to placate the latter and introduced an annual direct cash transfer of Rs6000 to distressed farmers. Though the Pulwama terrorist attack and the retaliatory Balakot strikes were the chief reasons for the BJP’s overwhelming victory, these two decisions also helped the saffron outfit in turning the tide in its favour.

Unlike the BJP, the Congress failed to learn any lessons from its Lok Sabha defeat. It made no effort to go in for any introspection about the reasons for its humiliating defeat. Instead, Rahul Gandhi went into a sulk and put in his papers as Congress chief, leaving the party directionless and leaderless. It was after agonizing for over two months that Sonia Gandhi was persuaded to return as party president. This prolonged spell of uncertainty delayed all decision-making even as factional battles in the state units refused to die down.

The election results of the Maharashtra and Haryana have to be seen in this backdrop. Had the Congress not wasted precious time in dealing with its leadership crisis and had the party got its act together, it could even have formed the government in Haryana and improved its position in Maharashtra.

Take the case of Haryana. For over two years now, party cadres in the state had been impressing upon the leadership to replace Haryana Congress president Ashok Tanwar as he had failed to measure up to the job. But these demands were ignored as Rahul Gandhi was reluctant to drop Tanwar, known to be his protégé. Meanwhile, former Haryana chief minister Bhupinder Singh Hooda, the party’s tallest leader in the state, was sidelined.

It was only a month before the assembly polls when Hooda threatened to leave the party that the Congress went in for organizational changes. It appointed former Union minister and a Dalit leader Kumari Selja as president of the Haryana Pradesh Congress Committee and Hooda as head of the party’s campaign committee and leader of the legislature party.

By projecting Hooda as its chief ministerial candidate, the Congress was able to bring the Jats, the dominant caste in the state, back to the party fold. At the same time, Selja’s appointment (in place of fellow-Dalit Tanwar) ensured that the non-Jats did not move en masse to the BJP. The fact that estranged colleagues, Hooda and Selja, worked unitedly and kept the focus on the economic slowdown and agrarian distress in its campaign, also helped.

The Congress story in Haryana stands out in sharp contrast to Maharashtra. It proved once again, if proof was required, the urgent need to groom strong leaders in the states, deploy them effectively and provide them functional autonomy. The party suffered in Maharashtra precisely because it did not have powerful leaders to front its campaign but it improved in Haryana because it projected a strong state leader who also happened to belong to the dominant Jat community.

The Congress also made no effort to streamline the party organization in the run-up to the election in Maharashtra. Nothing was done to put an end to the intensifying internal battles in the state and Mumbai units while its cadres were left to cope on their own. It is not that the Congress is lacking in powerful leaders in Maharashtra but the party failed to empower them. If the Congress added two more seats to its previous tally, it has to thank its alliance partner, the aging Nationalist Congress Party leader Sharad Pawar.

Undeterred by the BJP onslaught, including an election-eve notice from the Enforcement Directorate, Pawar led a relentless campaign as he traversed the state, addressing a series of  election meetings. Not only did he succeed in galvanizing his own cadre and winning back the support of Marathas who were leaning towards the BJP, his campaign also energized the rudderless and leaderless Congress workers.

While the 79-year-old Pawar has demonstrated that he remains the mainstay of his party, these elections have shown that the Congress can now afford to cut its umbilical cord with the Gandhi family. While Sonia Gandhi did not campaign in the two states, Rahul Gandhi addressed only seven election rallies. Priyanka Gandhi Vadra was also conspicuous by her absence. This only proves that state leaders, if sufficiently empowered, can cope on their own in their respective regions and need not depend on the Gandhis as vote-catchers.

These elections results do not augur well for Rahul Gandhi personally. The verdict has further emboldened the party’s old guard or Sonia Gandhi loyalists who are currently calling the shots as they can rightly claim that the Gen-Next leaders have yet to acquire the requisite skills for electoral politics. This only means that it becomes more difficult for Rahul Gandhi to return as Congress chief. The party could do well to look for a new leader who can inspire the cadres and win them elections. It is now up to Sonia Gandhi to take that call. 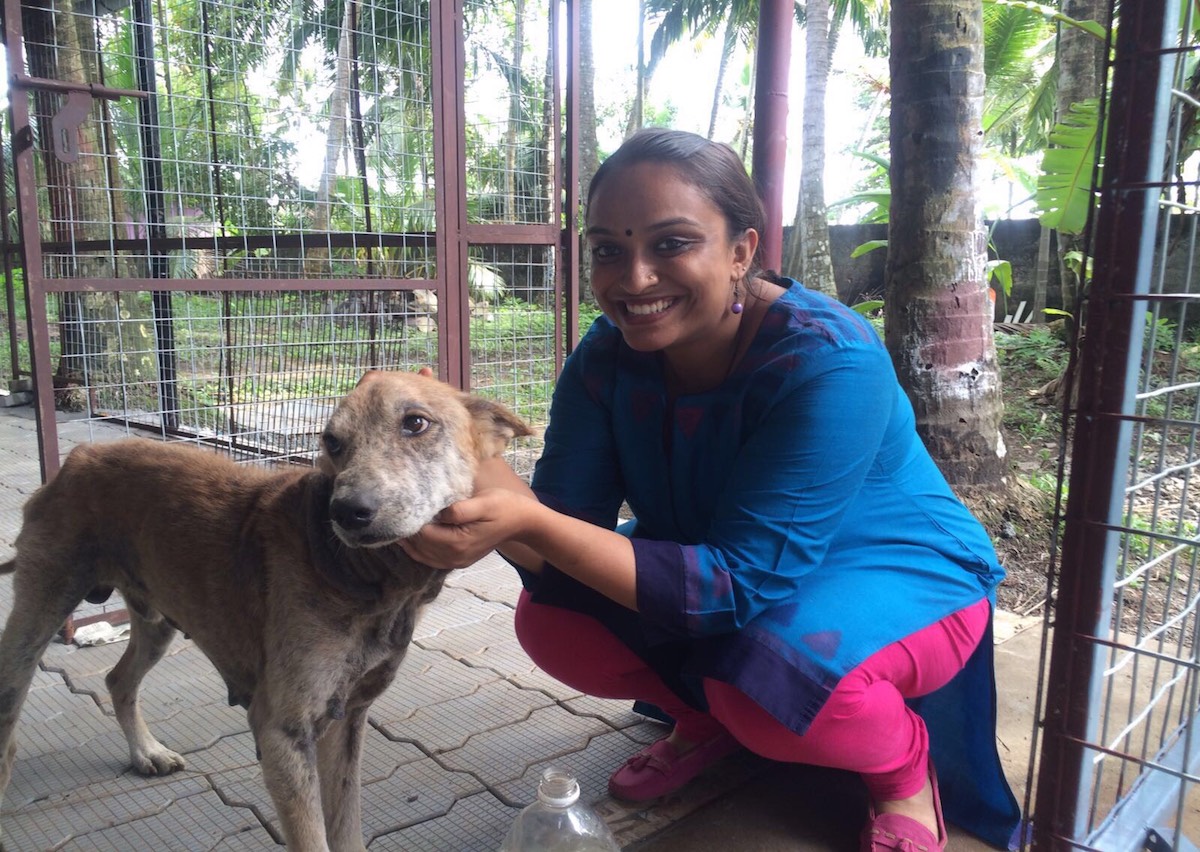