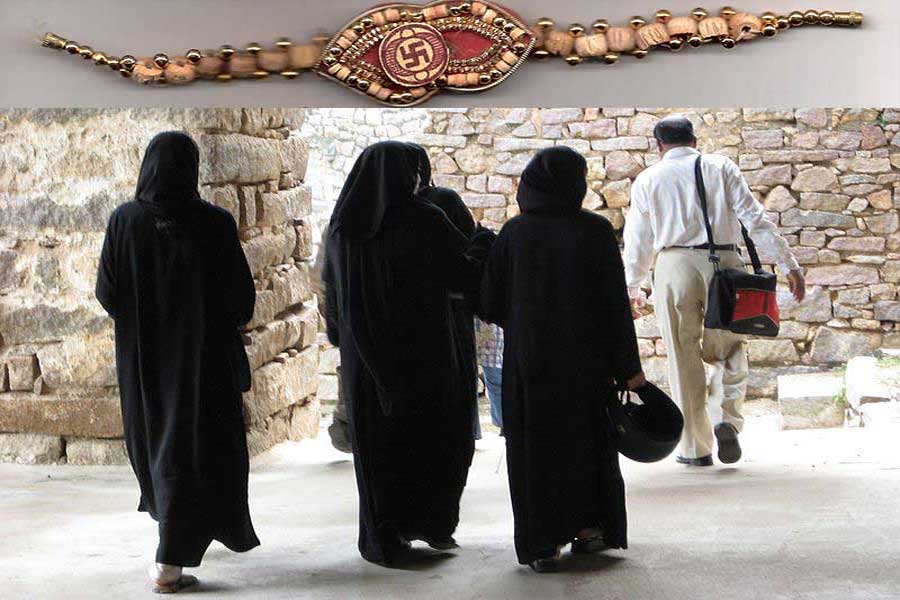 Rakhi and Niqab as Visual Markers of Gendered Responsibility

The rakhi, the amulet thread tied by sisters ritually on brothers during rakshabandhan, is seen in Kerala as a cultural import by the right-wing. And the niqab, the Islamic dress that covers the face of the woman, is also seen as a reprehensive medieval Islamic tradition foisted upon tropical Kerala. Both the niqab and the rakhi have been gaining popularity in Kerala recently. The Muslim Educational Society (MES), an organization with progressive claims, has recently outlawed the niqab in its campuses in Kerala.

While the rakhi tradition dates itself back to the early modern period, it bears reference to the safety and protection of Hindu women from marauders. The same applies to the niqab in the Muslim context, in their perception of the majority community. The gendered nature of communal animosity taints even seemingly innocuous religious practices in the contemporary context. It arises out of their lack of trust in the relationship between these two communities. The rakhi, like the sindur, operates as a visual cue, but directed at a different religious community. The niqab, also does the same.

In Kerala, a harmonious space with little history of the communal violence and mayhem that the northern parts of India have been witness to in the recent past, the wearing and visibility of such markers of religious mistrust and animosity often invites consternation. But the proliferation of these two indices of gendered mistrust occurs within a wider tectonic shift, whereby, the religiosity in the mainstream society is making its footprints. The Malabar rebellion of 1921 is often cited as an aberration in the otherwise secular fabric of Kerala society. But even this has been framed as a rebellion against the feudal system by scholars such as K N Panikkar.

The procreative capacity of women is often foregrounded in the latent animosity between religious communities. The lack of autonomy of women posits them in the passive position where they are seen in need of protection from the men of their respective community. This foments mistrust and disharmony between various communities. The rakhi and niqab are both symbols of female subjugation to male sovereignty.

The rakhi-niqab parallel in Kerala is complicated since it is not available to the public as a whole, despite its high visibility.  Kerala as a society is noted for its tradition of mutual cooperation and coexistence. The rakhi-niqab complex operates in the already fraught space between Hinduism and Islam. Kerala with its significant Muslim population is often swayed by currents of Arabization, where local Muslims adopt the practices and customs of Middle Eastern societies in order to reflect their growing wealth and power, pride and prestige in society. This process runs parallel to what M N Srinivas would call ‘Sanskritisation’. The mutual animosity and gendered suspicion between these two communities is visually precipitated by the rakhi and niqab, both of which command high visibility due to their chromatically distinct fashioning as identity markers. The renaissance in Kerala, once apparently had effaced such identity markers and made an egalitarian polity possible.

Udaya Kumar, former Chairperson of the Centre for English Studies at JNU, in his seminal Writing the First person: Literature , History and Autobiography in Modern Kerala says that what existed at the turn of the century Kerala was a regime of such markers in which neither did the presence nor the absence of amulets and the like confer social status. The status anxiety and identity crisis followed by the various communities in Kerala, following the churning of globalized capital and the migration of labour both inward and outward, is reflected in the changed embellishment practices among its religions in their mutual relationship to each other.

Niqab, unlike the more common purdah (burqa), another Arab costume worn by Muslim women in Kerala, covers the face, thus effacing possibilities for visual identification. The rakhi as an object is also a rather distinct one, with its aggressive colour scheme and moral projection of itself. These are not costumes or amulets that can be worn lightly or in a casual manner, or discarded as easily. They carry with them moral obligations and duties and are visual markers of gendered responsibility. The Muslim woman has to protect her own self, aided by the costume called the niqab. This also is a reflection upon the men.

The rakhi bestows the Hindu right-wing male with the duty to protect his rakhi sister. As for the women, they are in the passive status of being protected.

The late novelist, O V Vijayan, in a footnote to a passage in his celebrated Legends of Khasak says that the Ezhavas of Palakkad addressed their Rawuther Muslim compatriots as ‘Marakkars’ and the Rawuthers in return addressed the Ezhavas as ‘Panikkar’. This rather innocuous seeming footnote has become a bone of contention with various scholars pitching in to refute Vijayan’s claim, with others supporting him. Madhupal and N S Madhavan have claimed that such forms of address do not exist in Palakkad.

Madhavan even goes so far as to claim that Vijayan must be confusing between caste markers of  identity, owing to his exposure in Delhi to the ‘Panikkar Travels’, a tour bus firm operated by Ezhava Panikkars. But literary critic V C Sreejan raises the rather pertinent argument that Vijayan is making no truth claim, but only positing a relational concept with reference to the Rawuthers and Ezhavas of Palakkad in terms of their mutual articulation of salutations. Sreejan also finds it rather presumptive on the part of Madhavan to think that Vijayan, himself an Ezhava, would be oblivious to the practices and verbal cues surrounding his own community in his native Palakkad.

This relational reference in terms of naming practices can be extrapolated to the visual field in terms of the rakhi and the niqab. They bear no significance to the other religious groups, such as Christians, and they must draw a blank from these visual cues. Thus two very significant visual identity markers in Kerala society often go unnoticed as unremarkable. But for the communities concerned, they form crucial indices in their mutual inhabitations with each other. 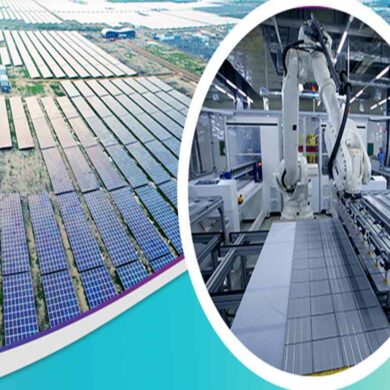