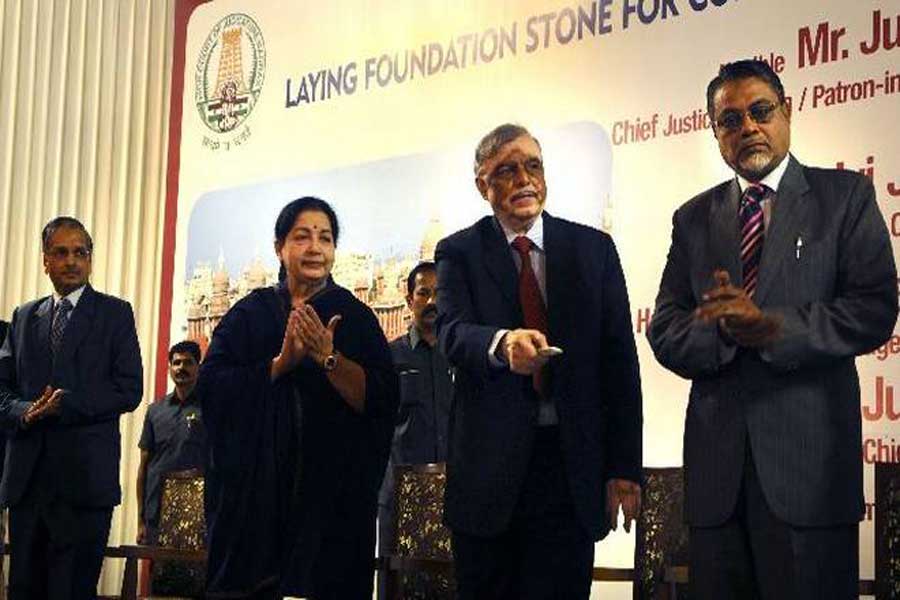 A Brief History of Judicial Perversions

Subsequent to the Emergency, it could be argued that the judges in the higher levels of judiciary have recovered their lost self-respect but that trend is being reversed steadily. The less said the better about the judges in the lower courts. The recent episode of a judge’s tussle with that Russian tome War and Peace made me sit down to string together a bunch of rambling that have made the general public squirm in embarrassment at the way the judges conduct themselves.

Following the furore that the comments of Justice Sarang Kotwal, of the Mumbai High Court, caused across the country about War and Peace, he lost lost no time in trying to save whatever remained of his reputation: “No, I didn’t mean that way…actually I was not referring to War and Peace…it’s a classic I know, but only reacting to the lists of CDs and books seized….” Justice Kotwal had sternly demanded the previous day as to why Vernon Gonsalves, facing trial in the Bhima Koregaon case, was keeping such objectionable books as War and Peace.

The next day Yug Chaudhary, an advocate representing another accused in the Bhima Koregaon case, helpfully told the judge that the media had wrongly reported that the court raised questions on the accused keeping a copy of Leo Tolstoy’s War and Peace whereas the book found in the punchnama was War and Peace in Junglemahal: People, State and Maoists by Biswajit Roy; not War and Peace by Leo Tolstoy. Now if that had been the case, why would the judge have observed, “…War and Peace is about war in another country. Why were you keeping these books at your house?” Are we to understand the judge didn’t know where Junglemahal existed?

Besides the judge had also referred to a CD titled Rajya Daman Virodhi and said the title “clearly suggested” it was material against the state. “Why were you keeping this in your house?”

Yet again why would a counsel for an accused in the case go to the rescue of the hugely embarrassed judge? Is it to curry favour? The direction we are headed is becoming distressingly clear.

Well it’s not necessarily the case that the present dispensation is trying to reshape everything after its image. This process had started many years ago and the grounds readied to facilitate such actions. Only legal experts can document properly the history of perversions in our judiciary and how they compare with situations around the world.

Studies like Political (In) Justice: Authoritarianism and the Rule of Law in Brazil, Chile, and Argentina by Anthony W. Pereira have indeed been done in the past.

“…the role of law in legitimating (sic) governments, rulers and their policies. Authoritarian leaders may start with other sources of legitimacy such as charisma or the claim to represent morality or order, but in time find support from law and courts useful,” says a reviewer.

Of course in time the courts become effectively dispensable. And our own judges are only most willing to grovel before their masters. The notorious ADM Jabalpur case during the Emergency has become a touchstone of sorts for judicial obsequiousness. Justice P N Bhagwati had then expressed his helplessness, saying, “The Constitution…if it says that even if a person is detained otherwise than in accordance with the law, he shall not be entitled to enforce his right of personal liberty, whilst a Presidential order under Article 359, clause (1) specifying Article 21 is in force I have to give effect to it.”

Bhagwati, generally hailed as the father of the PIL, had a much seamier side to him. His epistle greeting Indira Gandhi on her stunning victory in 1980 would have made even her flunkeys blush. And he eventually ended up as chancellor of the Sri Sathya Sai Institute of Higher Learning and used to claim repeatedly that all his judgments were dictated by Baba himself, his God.

When Jayalalithaa was the reigning queen of Tamil Nadu, they bent backwards time and again. The entire court turned up, suited and booted, at her adopted son Sudhakaran’s wedding. Justice P Sathasivam thought nothing of taking part in a public ceremony when she was facing cases.

The judiciary at the highest level happily let off Jayalalithaa in every corruption case against her. Ironically the only conviction that shook the state was handed down after she passed away, a judgment that immensely benefited the Modi government.

The Justice P Sathasivam had solemnly expressed his concern over conversion during the murder trial of Graham Staines.

“Though Graham Staines and his two minor sons were burnt to death while they were sleeping inside a station wagon at Manoharpur, the intention was to teach a lesson to Staines about his religious activities, namely, converting poor tribals to Christianity. It is undisputed that there is no justification for interfering in someone’s belief by way of ‘use of force’, provocation, conversion, incitement or upon a flawed premise that one religion is better than the other.”

What an occasion to express their anguish over “interfering in someone’s belief”?

But then, patriotism is the best weapon not just for politicians but also for judges. When some Tamil enthusiast filed a PIL challenging the exhibition of Rajiv Gandhi’s ashes all over the country at the government’s cost, saying it promoted irrational practices, Justice Natarajan of the Madras High Court flew into a rage. He told the petitioner darkly, “in any other country you might have been lynched…thank god you live in India which is a democracy.” Soon thereafter he was elevated to the Supreme Court.

Forget abrogation of Article 370, an article of faith with the Sangh Parivar—in everything else too in which the saffronites have a stake, the courts happily bow and scrape, slavering perhaps at the thought of the rewards in the offing.