Despite more than one shocking incident of bomb blasts in the State, the security measures required to ensure the safety of the Secretariat, the administrative headquarters of the State, are still not being looked into by the police force. The flaws in the security system of the Secretariat have come to light after the recent bomb blasts that took place on the premises of the Collectorate in Kollam and in the vicinity of Malappuram court complex. Though the police suspects the involvement of terror organisations in the attacks, speculations on the reason and the culprits still exist.

The security systems that have been installed at the Secretariat are worth crores of rupees and have not been working for more than two years. These have not been fixed till date. The most important disregard shown is towards the vehicle scanner near the Cantonment Gate, which is meant to check the presence of any sort of bomb threat in the vehicle.

It has been reported that the scanner stopped working as it had been constructed in an unscientific manner because of which rainwater from the road surface sweeps into the cavity in the ground that houses the scanner, thereby, damaging it by clogging the pit. The scanner worth Rs. 50 lakh was established as a part of security measures in 2011 under the supervision of the then DGP.

The installation of the scanner had also initiated a traffic chaos in front of the Secretariat’s gate as the machine took 30 seconds to scan one vehicle and this in turn led to a frequent vehicle line-up in front of the gate. However, it stopped working after one month of being installed.

Commenting on the same, Cantonment ACP, Biju said, “The higher officials are planning to revamp the entire security arrangement at the Secretariat. Meanwhile, we are taking extreme care so that we can ensure security to the Ministers and other people coming to the Secretariat premises.”

The metal detectors at the south and north entrances and the luggage scanning machine outside the Chief Minister’s office are the other security installations that have stopped working.

DGP Loknath Behra has drafted a letter to the Home Secretary seeking immediate action to restore the security installations on the Secretariat’s premises and has demanded that a detailed report on the same be submitted to Intelligence Head R. Sreelekha. A meeting has been scheduled in order to discuss the issue. Additional Chief Secretary Nalini Netto will be heading the meeting.

The Kochi Post contacted Nalini Netto and Ms. Sreelekha to know more about the same. However, they were not available for comment. 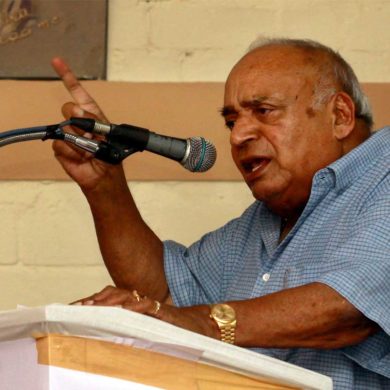