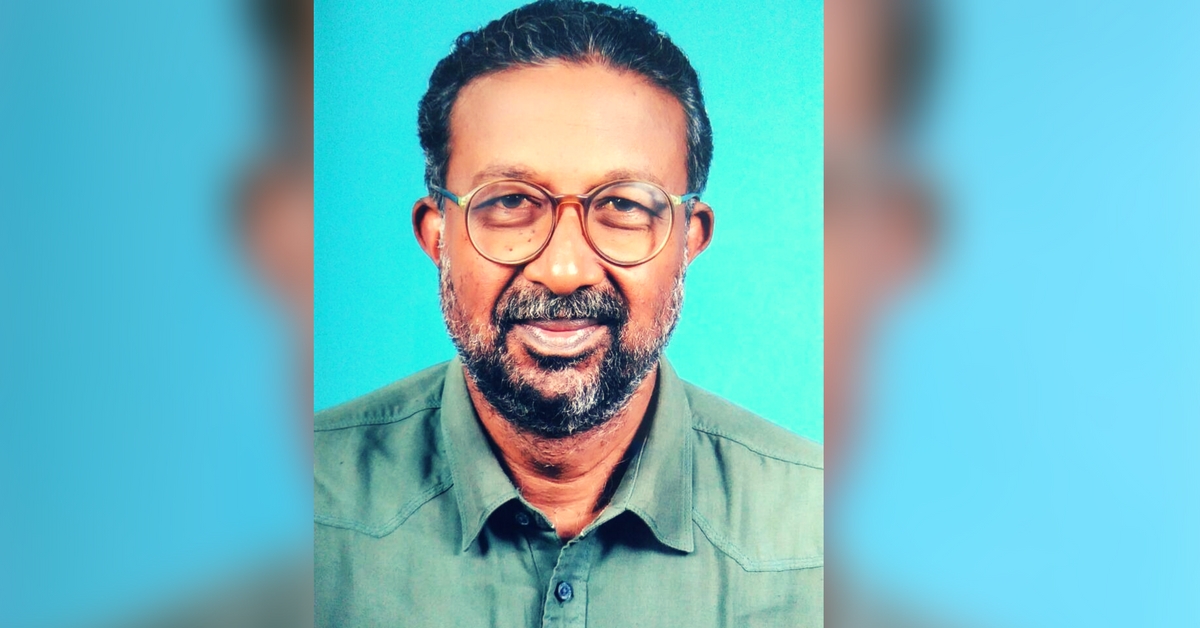 Interview: Journalist Elias John on the Vizhinjam Port and Being Neutral

The name Elias John may not ring a bell for most of us. However, his TV programmes – Jalakam, Aniyara, Saakshi and Kannadi – were favourites of the viewers, mainly for the content and the presentation style. Mr. John is a journalist who has always raised his voice for the public and against the establishment. Irrespective of the political party that rules, Mr. John has stood for the truth and not projected what the parties want the public to know.

That could be one of the reasons why Network Television (NTV), which he is a part of, produced some commendable programmes on Malayalam news channels, which were celebrated by the public.

Mr. John now heads the Kerala operations of NTV and is also the president of Vizhinjam Mother-Port Action Council. There might not be any other journalist who has researched about Vizhinjam port as much as Mr. John has done. He has in-depth knowledge about the pros and cons of the project and is strongly protesting against the attitude of different governments, in order to save Vizhinjam. He spoke to The Kochi Post about his experiences as a journalist and about his comeback to mainstream journalism.

You were into full-fledged journalism in late 90s when you worked with Doordarshan. However, after that you have not been in mainstream journalism to that extent. What is the reason for that?

I have been associated with television since its budding time and have been associated with it by directing programmes for various channels. I worked with Doordarshan, which was the only channel those days. But I quit after five years because I knew that working in a government organisation would never give me a chance to explore my way of reporting things. I knew that continuing there was not worth it.

Can you share the experience of working with NTV?

After quitting Doordarshan, I immediately joined a team (which later evolved into NTV) that consisted of my friends who were directing Kannadi for Asianet, the first private television channel. Later, we started doing other programmes like Jalakam for Doordarshan and Anniyara for Surya. However, as Kannadi completed almost 100 episodes, Asianet turned it into an in-house production programme as they thought we were doing programmes of the same genre. I was also anchoring these programmes that highlighted the current issues and even questioned the government, but as we did not belong to these channels, we had a space of our own.

You have anchored programmes like Jalakam and Anniyara, which were mostly hard-hitting. But such programmes are almost negligible these days. Is it because the media has deviated from its real responsibility?

This is a system and each and every person in the system is dependent on each other. It is undoubtedly true that political parties need media support in order to portray an image to the public and nowadays when everything has become business oriented, so have media establishments also. And these establishments need huge amount of funds to survive, which is pooled in through these politicians and businessmen. Therefore, media houses in return also make it a point not to dig deep into any controversy. And fortunately new controversies are made every day, so holding on to old ones is not important.

Do you think the real purpose behind reporting has changed due to the vested interests of media establishments, who have a political inclination?

We cannot generalize things. Everything evolves with time and so has the media. If the present situation is such that media houses are reporting according to their political inclinations, other platforms like social media are available where one can share his/her opinions. We should understand that there are people who take a neutral stand and raise their voices against an injustice, even if it is from the part of the government. Earlier there were publications in which people could write their views but now everything has become easier and has an increased impact. I think that journalism is never dependent on what an establishment thinks. If one has an aim to report anything properly and bring out the truth behind it, options are infinite. We have the privilege of democracy; it’s just that we need to have the right attitude.

You have said that Vizhinjam would be the “first marine mall” in the world. Could you explain why?

I have put forward the concept of ‘Marine Mall’ by considering the entire coastline of Kerala, which, with the opening of Vizhinjam port will upgrade the infrastructure of Kerala and will hugely contribute towards economic development as well. About 590 kilometres of the international maritime route passes through the coastline of Kerala. According to my studies I have concluded that around two lakh ships pass this coastline in a year. The ships that come from Europe transport 95 per cent of goods through sea. They stay in our coastline for an extended time period and if we use their properties, import and export can become more efficient. As labour in our country is the cheapest, we can bring India into the same position as countries like Singapore and Dubai, that without any raw material have become developed countries. These countries have efficiently used the mother-ports. Vizhinjam can act as a catalyst to provide a solution to all the shipping problems and through this we can attract more and more ships to Vizhinjam.

Recently Vizhinjam port was in the limelight due to the controversies relating to the Adani Group. What do you think is the reason behind it? Is the State responsible or the Centre?

It is unfortunate that such situations are happening in our country and though the entire blame cannot be put on politicians, a major part of the problems become worse because they do not know how to provide solutions for the same. The present scenario is such that any person who is ready to apply his mind in a negative manner is capable of organising hartals and shouting slogans in public. Television can be a part of party cadre and in future will become a party leader, MLA, or a Minister. No one wants to study the real problems because they are in a hurry to get power. Amid all this, private groups like Adani come into the scene and lure them with money and get their job done.

The BJP government had been speaking highly of developing our country through promoting things that the Congress government had not even thought of. However, Mr. Modi’s name also cropped up in the Adani issue. Do you think this government will make any considerable change in India?

No government will be able to make a considerable change in India because all these parties are indebted to millionaires and billionaires to fulfill electoral needs. An election is a heavily expensive affair and it is clear that the party fund is not the only source of money. As it is a mutual adjustment, political parties also have to close their eyes when it comes to issues caused by these business groups. However, the Modi government is the only establishment that has at least said that India is capable of reaching great heights. Working towards this is different but we should appreciate the fact that they have at least thought of it. But if they are aiming to achieve all this through their Hindutva agenda, they are highly mistaken.

NTV had published a story regarding the other side of the Aadhar card promotion that has been made strict in our country, but the important details of each and every individual are being handled by an American company. What are the implications of this and why do you think the government is keeping mum?

This is a planned approach by the companies to prepare a database that includes information regarding the purchase pattern of people in the Indian market, skilled labourers available, income of people at various levels, tax paid, and so on. All these provide an idea to these companies as to what can capture Indian markets and the people here. People might think that what would these companies gain by getting data from average and below average people in society, but the fact is that this is where the real soul of a country lies.

We rely a lot on goods from China. Despite saying that Chinese products must be boycotted and that the country should be isolated because it is in favor of Pakistan, such products are still being imported heavily into the Indian market. Why do you think this is?

Why should we always blame political parties for what is happening around us? We never do take care of our responsibilities. Farming and poultry was a part of our culture but we have given up all that for luxuries in life. If we do not produce enough eggs or vegetables or rice, countries like China will pool such products into our market. So rather than blaming the government for allowing such things to happen, it is our duty to create a situation where such products are no longer needed.

How would you rate the LDF rule in Kerala, E.P. Jayarajan’s exit and the series of political murders taking place?

Total development was never included in the election manifesto of the LDF. They would try to develop agriculture to some extent, which they always claim to do and might also mark a beginning to build some roads or high-speed railways. Other than that, starting new projects and reviving the existing ones are out of question. The best example is promoting Neera. This was promoted in full swing during the UDF rule and has been even taken forward by the LDF. What E.P. Jayarajan did can never be justified but at least the party asked him to resign, which would have never been done by the UDF. Oommen Chandy was a person with immense will power, but was a puppet at the hands of the party. Pinarayi Vijayan is a strong person and stands strong on his decisions. He has proven that through this step.

What according to you is an idea way of reporting ?

There is nothing like an ideal way, because every organisation will have its own policies. So going against the policy is difficult. We had to face many criticisms and problems while reporting. The LDF, which claims to be forward thinking, during the term of the late E.K. Nayanar, pushed us out of the Secretariat for questioning one of the issues that we felt was not in favour of the public. The same thing also happened during the UDF rule when A.K. Antony was the CM. We were pushed out because we questioned the establishment without favouring any party in particular. However, such situations do not rise today as they are blocked by the superiors.

Standing neutral has had many benefits but also many personal demerits. I was given many proposals in order to back out from the Vizhinjam project that would prove beneficial to me. But I chose to do what my conscience asked me to. Therefore, I would say there is no ideal way. It’s just what you choose to do.

Disclosure: The Kochi Post and NTV India News have signed an MoU to work together on stories, with a special focus on corruption. 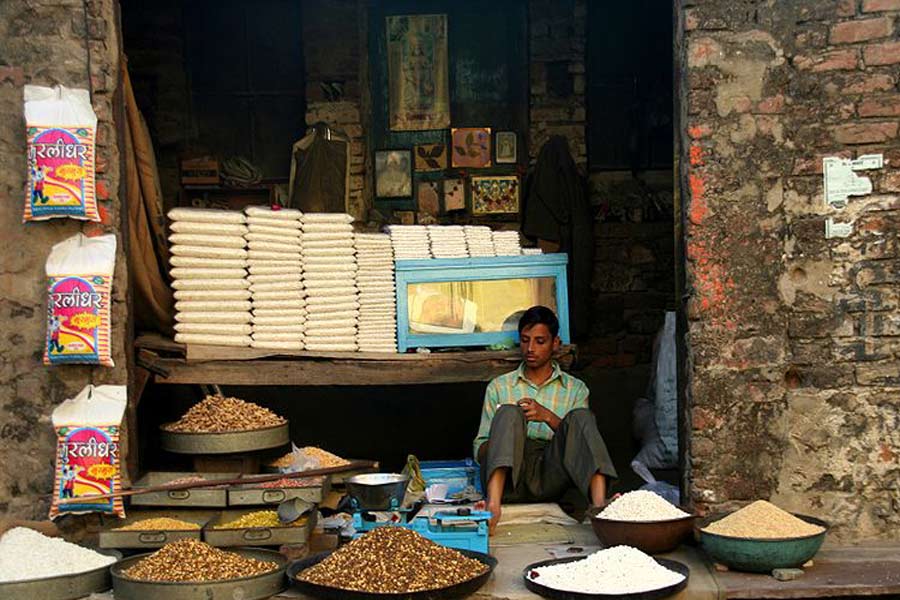