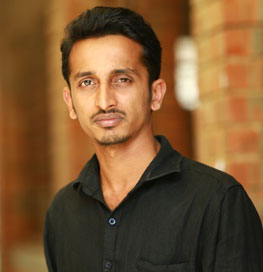 Want to Have an Eco-friendly Wedding in Kerala? Jabir Karat’s Green Worms Can Help.

The journey from the Delhi University campus to Green Worms has totally been a dream come true for social entrepreneur Jabir Karat. When Jabir, who hails from Adivaram in Kozhikode, started the waste management venture Green Worms, the only thought on his mind was to prevent mother earth from being filled with waste and sustain the greenery on earth.

Today, Green Worms executes Jabir’s dreams in an appreciable way and has set a model for everyone to follow. This organisation provides the answers for those who don’t know what to do with garbage.

After sudying till class 12 in his hometown, Jabir got an opportunity to do his graduation in Delhi University. He also completed his postgraduation in History there. He then recieved the Gandhi Fellowship provided by Kaivalya Education Foundation in New Delhi. Afer which, he go the opportunity to visit slums in the country, including Dharavi in Mumbai. This was the real turning point in his life.

Seeing deprivation first hand, Jabir decided that he should do something in the social or development sector of the country. Coincidently, he also saw the television programme, ‘Sathyameva Jayathe’, produced by Aamir Khan, on a person who coverts waste into compost.

“Rather than doing some job or working in an MNC, I decided that I should definitely do something for my country. So during the final days of my fellowship, I traveled a lot along with some researchers and got to know about areas including education, women empowerment, health, waste management, etc.,” says Jabir.

These trips lit the fire in him.

Jabir added that, “India is a developing country. Here, the population is increasing and the country is getting industrialised and urbanised. Our culture is also changing into a consumerist one, where we buy something and after throw it away after use. People are financially balanced now. As a result, the problem of waste is going to increase.”

After coming to Kozhikode, Jabir decided to start a proper waste management facility and in August, 2014, he started Green Worms. The first thing Jabir did was to identify the places where waste is generated. He found out that a majority of waste comes from weddings, houses and commercial establishments. 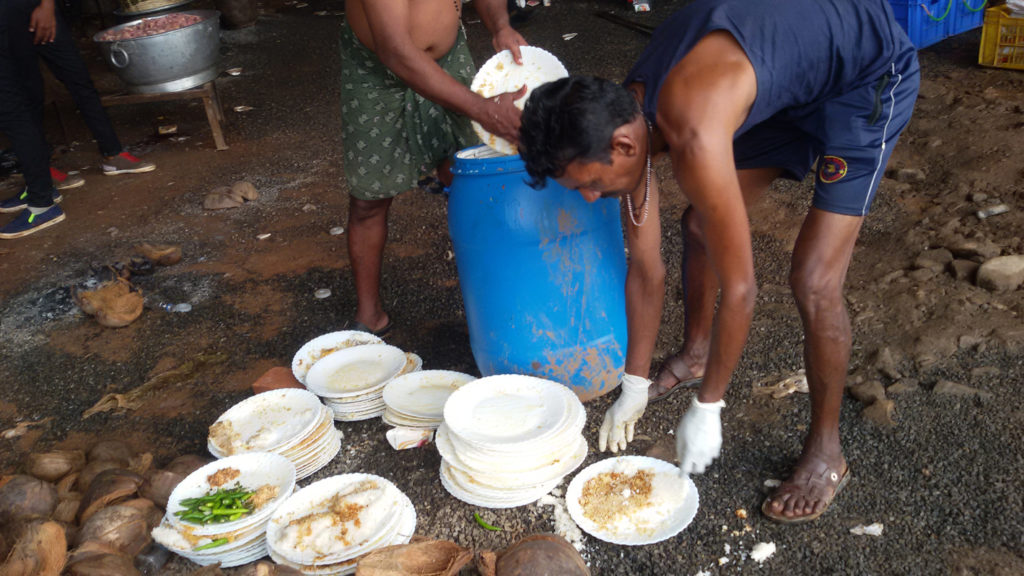 In the next stage, he tried to segregate the waste and understood the proper disposal method for each type of waste. He even learnt about the existing methods used in Kerala and understood that most of waste management projects like Vilappinshala and Brahmapuram are more centralised models.

“The waste management procedure we follow at Green Worms is done in various stages. The first stage according to us is the designing aspect. In this stage, we analyse what all things should be avoided at a function and what all are reusable or can be recycled. In the second stage of segregation, food waste and dry waste are separated. If supervision is done properly, about 90% of the waste can be made use of. In the remaining stages, sustainable disposal is done in a resource recovery centre, where food waste is composted. Later, plastic is also segregated, according to its density, and is given to plastic recycling factories,” he says.

The organisation that was built from Jabir’s dreams  now has six staff members. Of course, this is not a free service, as the worker’s health measures and equipment, along with the transportation costs, run high. However, the services are affordable and are customised.

Most of the work he gets is from event managers. Clients also allocate the work to him directly.

“The sad part is people are not willing to pay for the services, as, according to them, waste can be disposed anywhere. Sustainable disposal does not mean anything to them,” Jabir added. 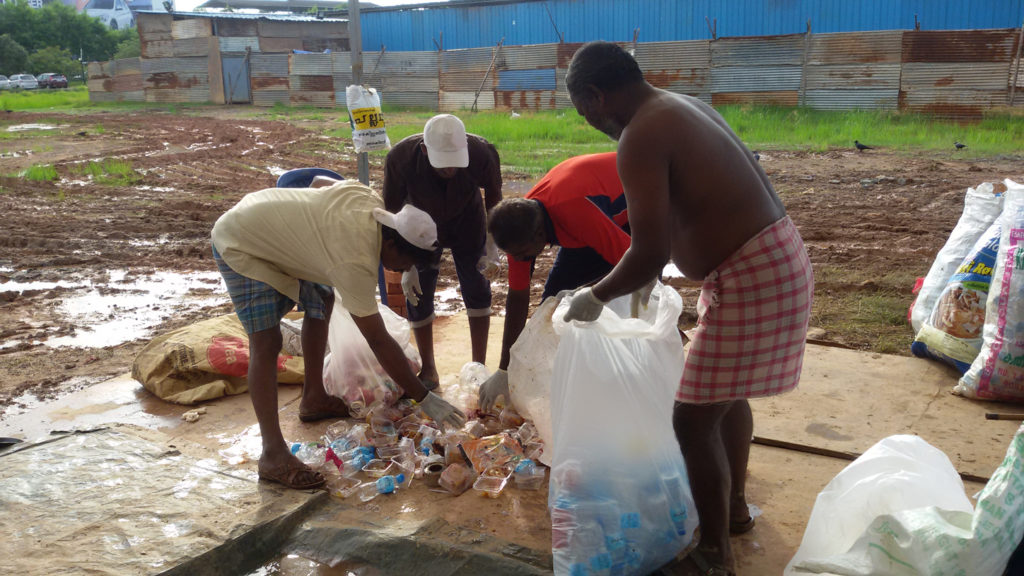 However, this hasn’t hampered Jabir’s enthusiasm. Green Worms has successfully completed a lot of work in the past two years. The list is a long one and the highlight of that list is ex-Minster and MLA  M.K. Muneer’s son’s wedding reception. The waste generated at he event was disposed by Green Worms.

His journey till now wouldn’t be complete without the support of others. Two such people are Finance Minister T.M.Thomas Issac, who helped Green Worms in various stages, and the Suchitwa Mission and its Executive Director Dr. K. Vasuki, IAS.

In the coming days, two panchayaths in Kozhikode district plan to adopt the ‘Jabir model’ as part of a trial programme. Ultimately, this itself is his dream. As the vision of the Green Worms says, ‘Green Green Everywhere’. 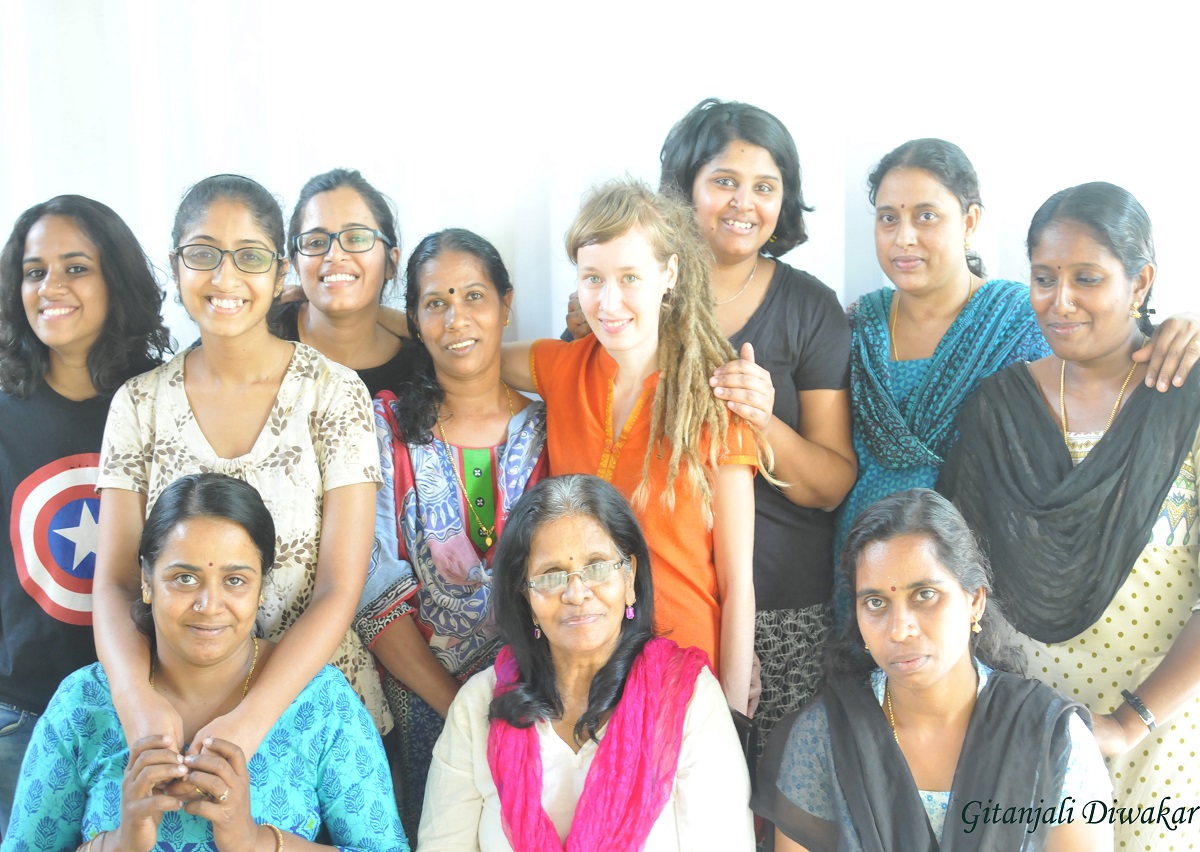