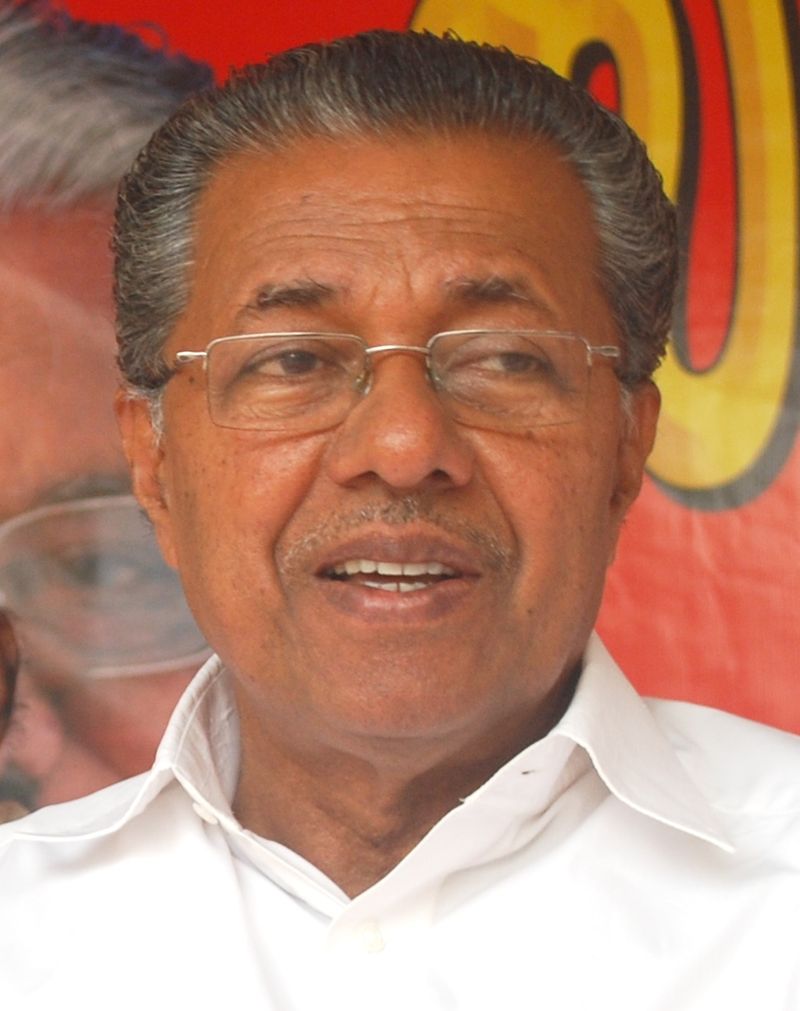 The Chief Minister Pinarayi Vijayan-led government in Kerala is almost completing its first month. The Left Democratic Front (LDF) government’s 19-member ministerial team includes youngsters, former ministers as well as newcomers. The Kochi Post has made an effort to sketch the number of criminal cases that are charged in the names of the incumbent ministers of the LDF government. This is an opportunity for our readers to understand the people who rule us better.

The chart given below also indicates the educational qualifications of the ministers. 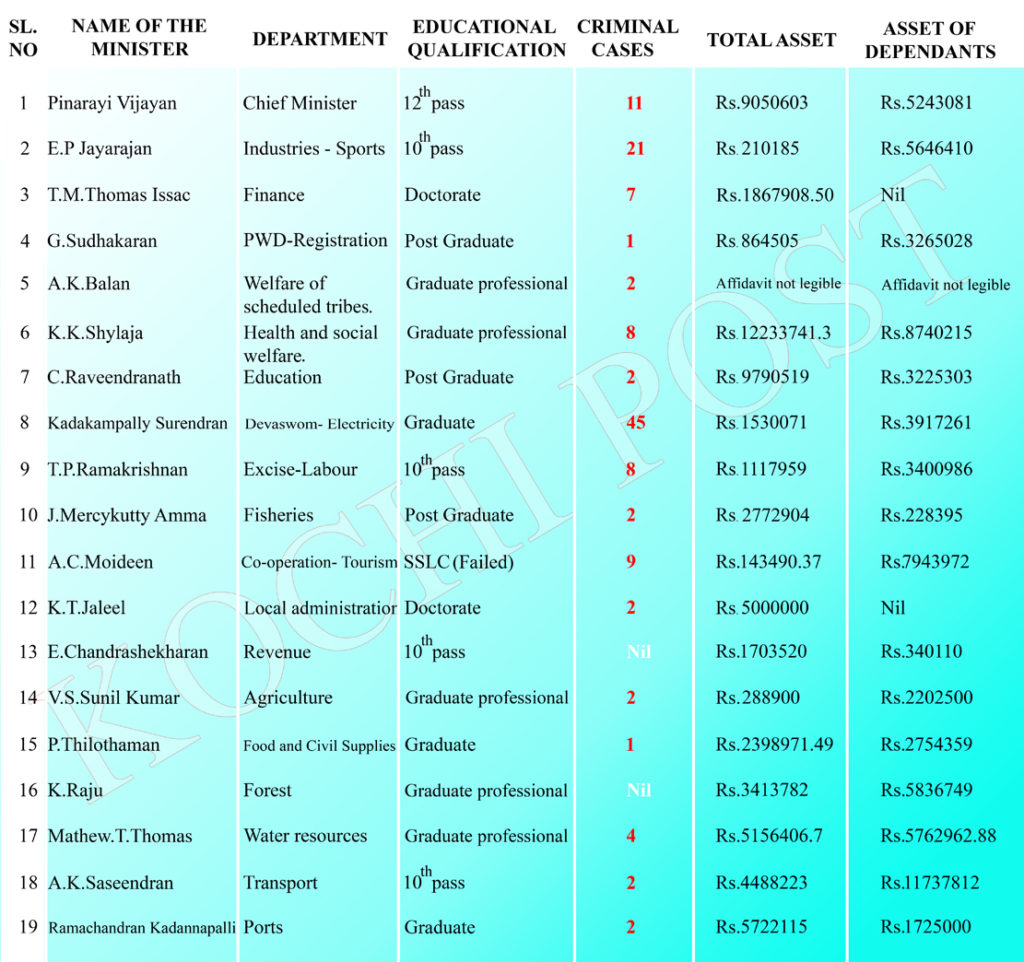 With regard to the educational qualifications of the ministers, Mr. Vijayan has passed class 12. Mr. Sudhakaran, C. Raveendranath and J. Mercykutty Amma are postgraduates. T.M. Thomas Issac, Finance Minister, and K.T. Jaleel, Local Administration Minister, are PhD holders. In this government, as many as eight ministers are graduates.

Coming to the wealth aspect, K.K. Shylaja Teacher, is the richest with regard to both movable and immovable assets. Though she has joint accounts with her spouse, her assets are recorded as Rs.1,22,33741.3. Mr. Vijayan has assets worth Rs. 90,50,603. Mr. Jayarajan is at the bottom of the list with Rs.2,10185.  Above him on the list is V.S. Sunil Kumar, Agriculture Minister, with assets worth Rs.2,88,900.

(The above data is taken from the affidavits submitted by the candidates during the Assembly Elections, 2016. The source is the official website of the Election Commission of India. Kindly let us know if any information provided is incorrect or partial. Additional information or rectifications will be accepted, if there is relevant proof.) 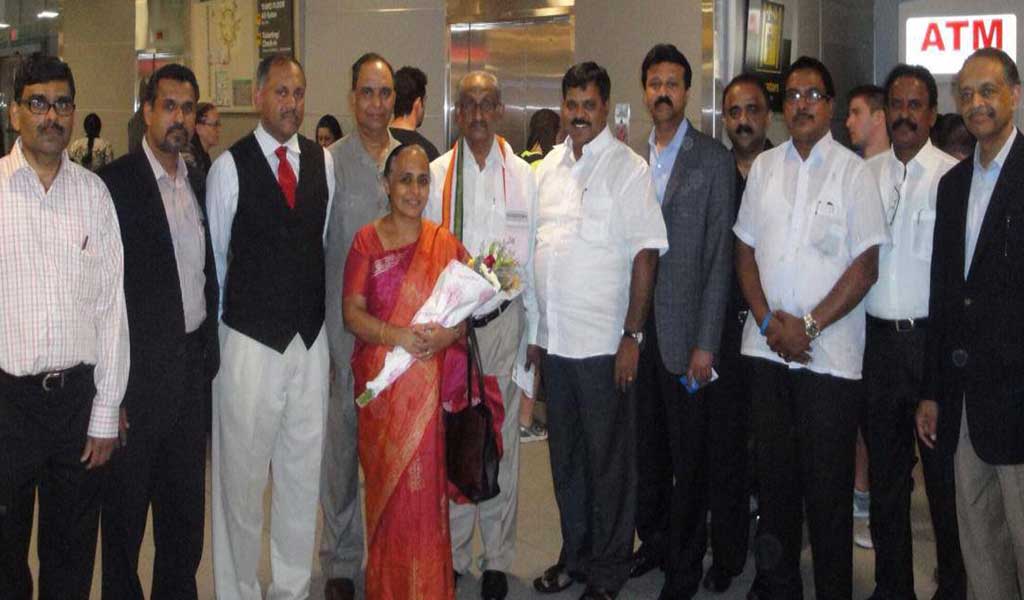 KC, Are you done with FOKANA and FOMAA? Kerala needs you