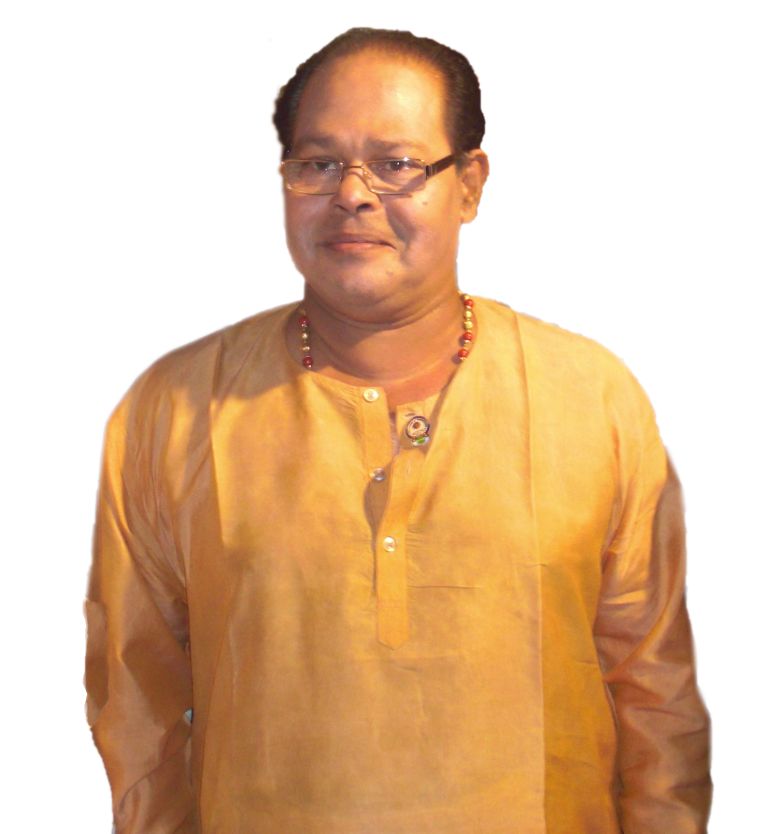 The Member of Parliament Local Area Development Scheme (MPLADS) was introduced in 1993 by the then Prime Minister P.V. Narasimha Rao. Under the scheme, each MP can suggest to the District Collector, works to the tune of Rs. 5 crore per annum, which can be taken up in his/her constituency. Initially, the amount allocated to each MP was Rs. 5 lakh per year, which has now been increased to Rs. 5 crore per year.

Initially, the scheme which was under the control of the Ministry of Rural Development is now under the Ministry of Statistics and Programme Implementation. As per the Ministry guidelines, “The objective of the scheme is to enable MPs to recommend works of developmental nature, with emphasis on the creation of durable community assets based on the locally felt needs, to be taken up in their constituencies. Right from inception of the Scheme, durable assets of national priorities viz. drinking water, primary education, public health, sanitation and roads, etc. are being created.”

A five-judge Constitution Bench of the Supreme Court upheld the Constitutional validity of the scheme and rejected the argument that the scheme violated the concept of separation of powers. The Court observed, “Even though MPs have been given a seemingly executive function, their role is limited to ‘recommending’ works and the actual implementation is done by local authorities. There is no removal of checks and balances, since these are duly provided and have to be strictly adhered to by the guidelines of the Scheme and the Parliament. Therefore, the Scheme does not violate separation of powers.”

In this report, The Kochi Post examines the extent of funds recommended by the Kerala MPs in the 16th Lok Sabha, the amount sanctioned by the District Authority, the expenditure incurred, the percentage of utilisation, and unused balance amount under the scheme. 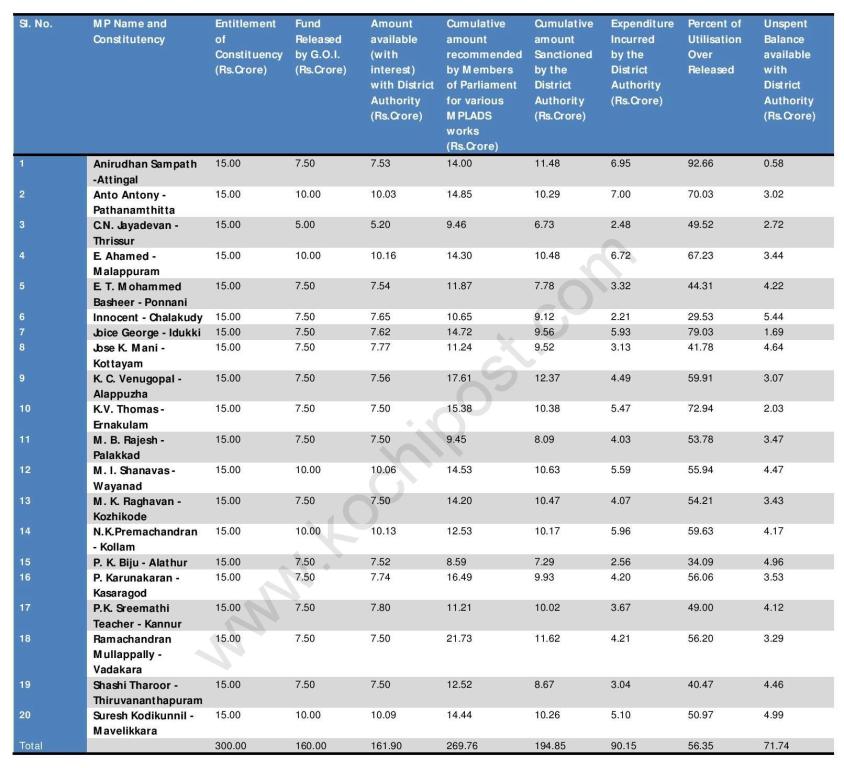 A. Sampath, Attingal  MP, is the topper on the list with 92.66% of his funds being utilised for various development programmes. The total amount recommended by him is Rs. 14 crore and Rs. 11.48 crore has been sanctioned by the District Authority.

Innocent, Chalakudy MP, has utilised the least amount of funds (29.53%) under the scheme. The total amount recommended by him is Rs. 10.65 crore and the amount sanctioned by the District Authority is Rs. 9.12 crore.

You can read The Kochi Post’s related report here, where Kerala MPs have been assessed on parameters like attendance percentage, number of debates participated in, questions asked in the House, and number of Private Bills presented.

The data has been collected from the website of the MPLADS and the exact figure(s) of expenditure is available only with the District Authorities. 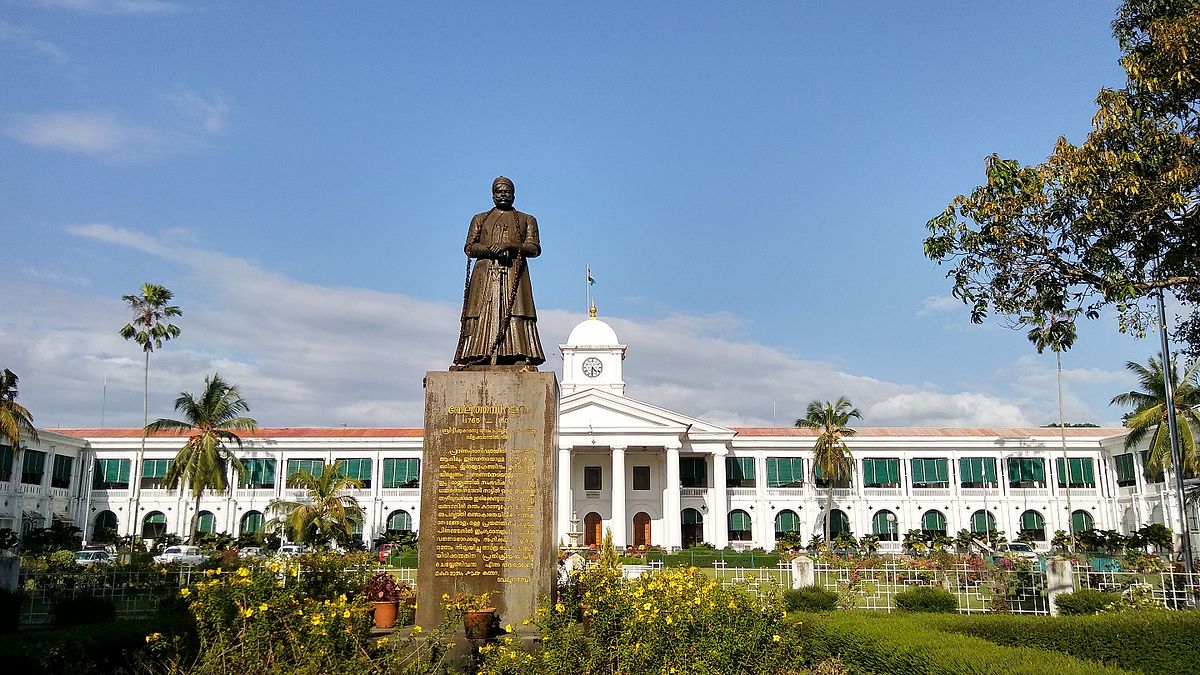