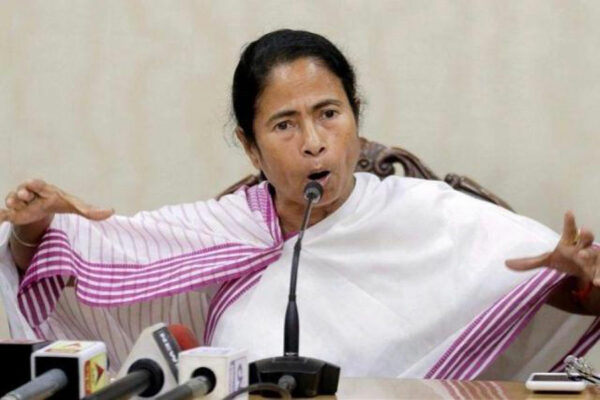 West Bengal Chief Minister Mamata Banerjee, also the Trinamool Congress supremo, has hit the streets again in her usual style of aggressive politics—which she often practiced during her stint as opposition leader of the state against the Left Front government. This time her fiery attack is directed towards the BJP. The reasons are—the Citizenship Amendment Act, 2019, which grants citizenship to the non-Muslim refugees who came to India on or before December 31, 2014, and the nationwide NRC.

There have been violent protests across the state of West Bengal. Strikingly, these protests, unlike the ones of Assam or other parts of the northeast, started much later—almost after four and two days of passing of  the Citizenship Amendment Bill in the Lok Sabha and the Rajya Sabha respectively. No doubt, these developments raise eyebrows. The protests weren’t peaceful with agitators vandalising or setting fire to railway stations and trains or even pelting stones to the passing trains, But for Mamata Banerjee, these are “small incidents”.

Actually, the Citizenship Amedment Act and the following violent protests that followed in the state which are mostly organised by the Muslim groups, have landed the ruling Trinamool in a fix. The state ruling party’s fear is that these protests would only strengthen the hands of BJP—the worry as expressed by state minister and Kolkata mayor Firhad Hakim, the party’s key Muslim face. The party can’t afford to take strong actions against the protestors—as it fears that it may offend the core vote bank of the party, the Muslims, who account for 27 per cent of the state population according to the 2011 census. On the other hand, the party also runs the danger of losing the support of the majority Hindus. The saffron party’s massive gains this year in the Lok Sabha elections at the expense of Trinamool was due to the shift of a substantial Hindu vote towards the BJP. 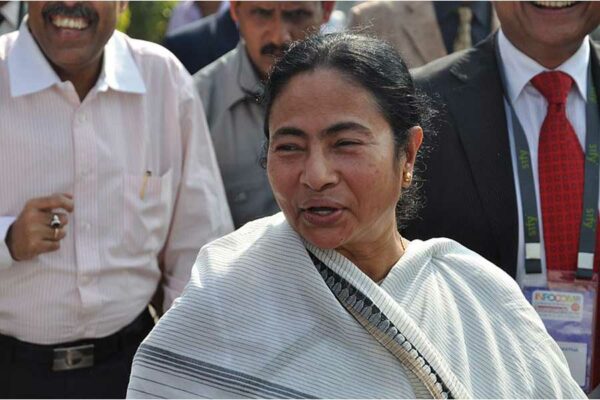 Why Mamata is goading the Centre to dismiss her

There is every reason to believe that Trinamool Congress (TMC) leader Mamata Banerjee is sparing no tricks in her book to provoke the BJP-led Centre into dismissing her Government. Her systematic public humiliation of Bengal Governor, Jagdeep Dhankhar, is only one element in her overall larger anti-centre strategy.

Kolkata-based observers agree that both sides—the ruling TMC and the Bharatiya Janata Party (BJP) leaders—are well aware of the  subtle political factors at play in Bengal. The BJP leaders know well that given the present realities prevailing in Bengal and the existing balance of political forces, the TMC needs a big shot in the arm to do well in the 2021 Assembly polls. As present, it is caught on a sticky wicket. For the TMC, only a BJP defeat, nothing less, will ensure its survival.  After the 2019 Lok Sabha polls, defeating the BJP has turned into an existential challenge for the TMC.

The best option for the TMC  is therefore , to  provoke—if necessary, to contrive—some  kind of  conflict with Delhi, predicated on any ‘ideology’ or’ principle’, real or fancied. Nothing appeals more to Bengali voters more than standing up for the ‘victim’, the supposed underdog. 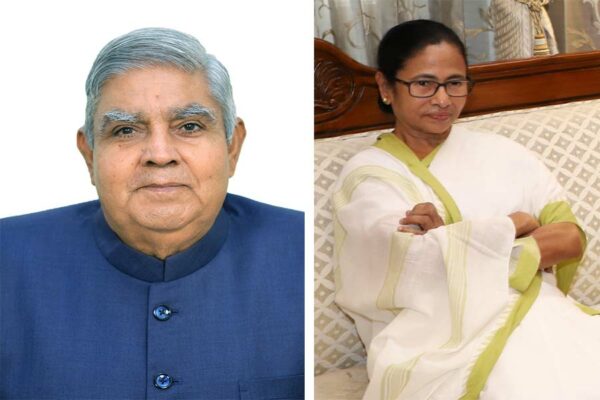 Who is winning the Dhankhar vs Mamata battle?

One intriguing feature of the highly politicised feud between state Governor Jagdeep Dhankhar and West Bengal Government is that both squabbling parties are confident of winning it, never mind the consequential sufferings for Bengal’s stressed, aggrieved citizens. An added complication is that one side, the ruling Trinamool Congress (TMC), is not terribly averse to fight ‘dirty’ if necessary, even if this involves distorting facts and making false claims.

Its insistence that the Governor refuses to sign pending bills, stalling the state Assembly’s business is one of many examples. As a detailed Raj Bhavan clarification made it abundantly clear, the government sent a clutch of bills for signing to the Governor at short notice. Dhankhar, having received opposition complaints about how the language of legislation is tampered with, asked for clarifications. Not receiving any reply—not exactly big news under TMC-style governance—he refused to act, in his own words, as’ a postman or a rubber stamp’.

How did the TMC react? Leaders stayed silent for 48 hours. Then Chief Minister Mamata Banerjee repeated her old charge about the Governor delaying things at a public function, without once referring to the Raj Bhavan rejoinder. Old-timers recalled how she had done the same to the Tatas. The Tatas had repeatedly announced they would never do real estate business or put up golf courses at Singur land taken for their small car project, revealing details. No matter. Ms Banerjee stuck to her allegations for days afterwards without responding to the Tatas, repeating it to stoke mass anger against the group, among poor farmers. 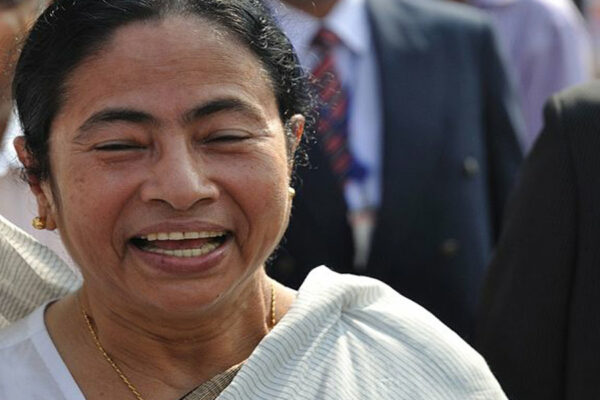 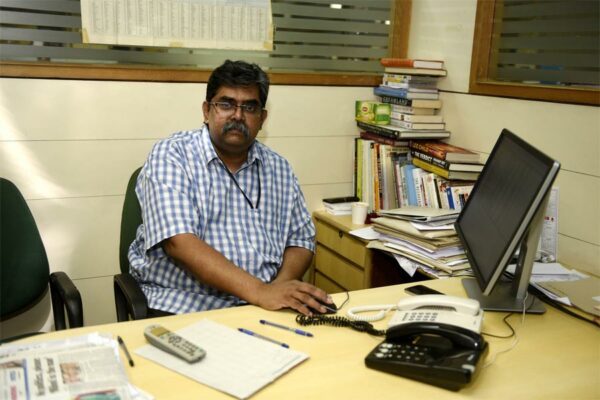 “When was the last time you saw such a headline?” R Rajagopal, editor of The Telegraph, asked a hall full of college students last month. “Let us see how the headline works here: first the sledgehammer blow. Then the tug at the heartstrings.”

As part of his guest address at St Berchmans College, Changanassery in Kerala, Rajagopal circulated copies of the front page of the last edition The Warroad Pioneer, the 121-year-old community paper of Minnesota that closed down recently, and asked the students to roll the headline off their tongues: Final Edition/How Lucky To Have Known Something So Hard To Say Goodbye To.

“No pronoun. No names at all. No places. No figures.… Great headlines transcend clerical details. They soar beyond time and geography,” announced the editor. 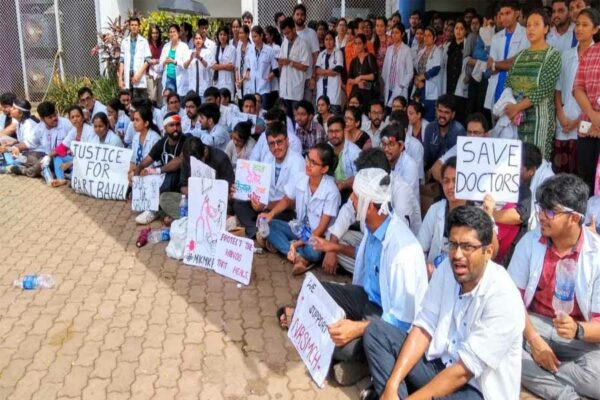 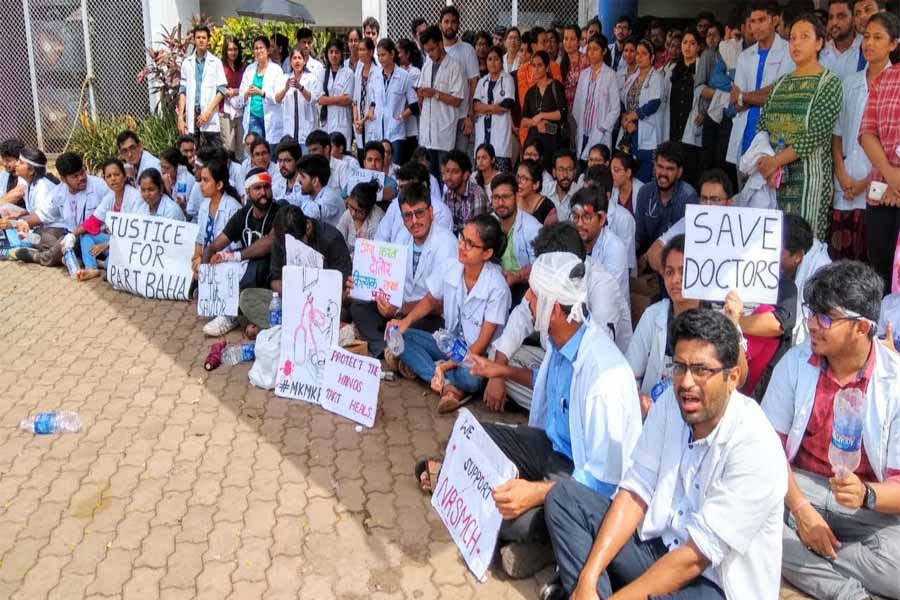 West Bengal’s healthcare system is tottering back to normal after the junior doctors at government-run hospitals ended their week-long strike following talks with chief minister Mamata Banerjee on Monday.

The strike which was called to protest the assault on a junior doctor at Kolkata’s Nil Ratan Sircar Medical College and Hospital allegedly by a kin of a dead patient had snowballed into a major nation-wide stir with ramifications in the healthcare sector across the nation. 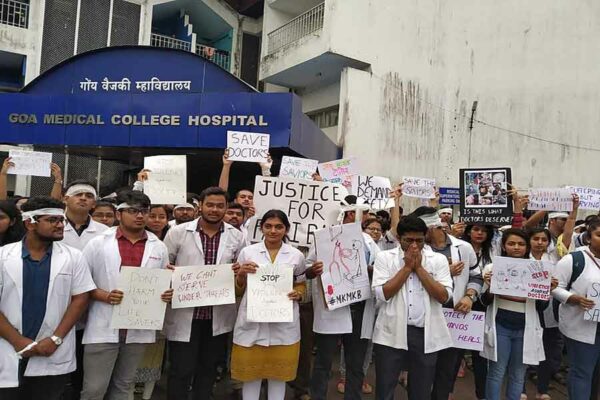 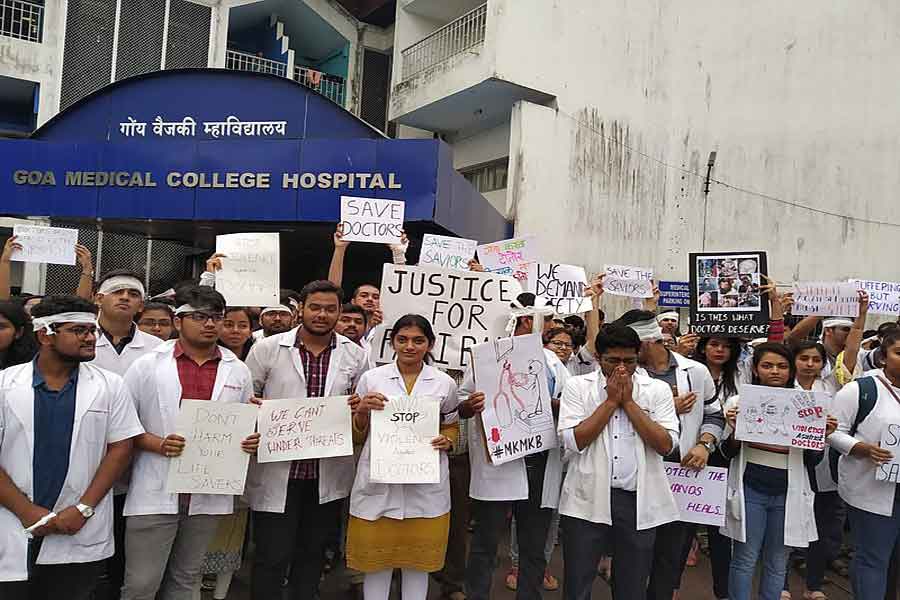 In the early days of my internship, while learning how to administer CPR to a patient, I asked my senior about determining the number of shots of atropine to be given to a patient. My senior, whom we addressed as Dada, replied with a deadpan face: “The number of shots depend on the number of relatives surrounding the patient and you at that time”. Before anyone rises up in arms, that’s a joke and there are many such lame jokes we doctors make to take the edge off from our heightened nerves owing to the intense and gruelling work schedules.

It is common knowledge that Indian doctors undergo one of the toughest and most demanding training years but even such training cannot prepare any doctor to face the challenges that come with the rickety healthcare system in India.