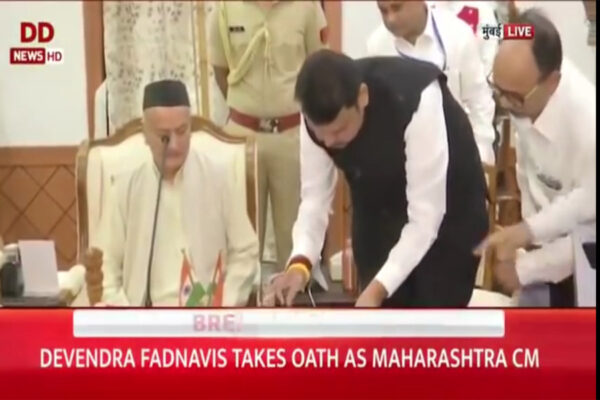 When the Chowkidar stole Democracy

What happened in Maharashtra should shame every Indian. The craven and amoralistic grab of power in the dead of the night by the ruling party, and the meek surrender and acquiescence of the highest constitutional offices will be a dark spot in India’s political history. But one might ask how this is different from many such instances in the past.

The fundamental difference between the gross abuse of the Constitution, especially witnessed under Indira Gandhi, and that is being seen under Narendra Modi and Amit Shah in the last five years is that while the former was seen with anger and revulsion, the latter is adoringly termed as Chanakya Neeti. It is this shift in language and discourse that is the most dangerous for Indian democracy. For, every act of brazen challenge to the Constitution is normalised and projected as brilliant masterstrokes in politics. That is why Amit Shah is eulogised in the mainstream television media.

Along with the normalisation of illegalities and the rampant use of money power to subvert democracy (the figures cited for the “purchase” of MLAs in Karnataka and Maharashtra range from Rs 50 crores to Rs 100 crores!), the other development is the resorting to a shamefaced whataboutery to explain away the decimation of institutions in the present by the BJP. The argument goes, “Indira Gandhi and the Congress did the same.”