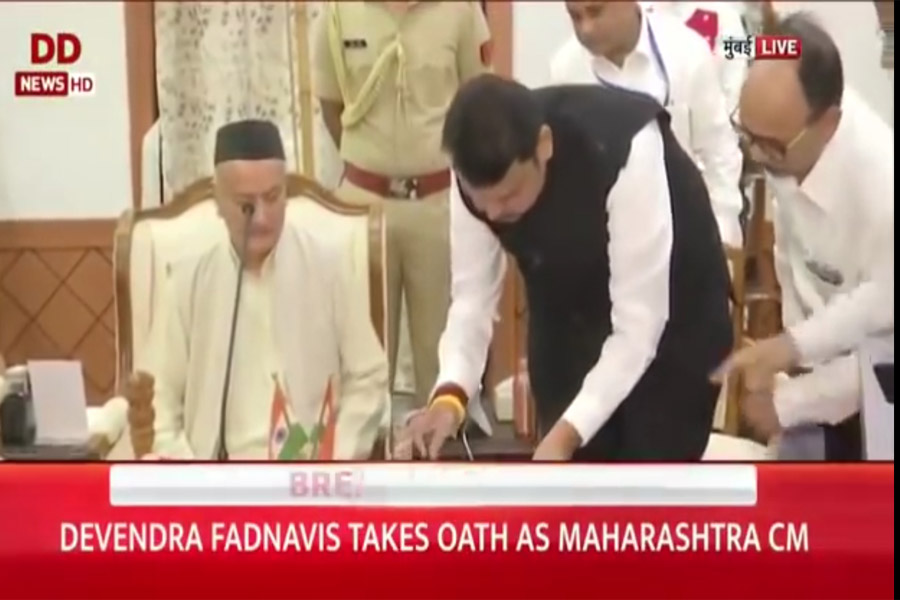 When the Chowkidar stole Democracy

What happened in Maharashtra should shame every Indian. The craven and amoralistic grab of power in the dead of the night by the ruling party, and the meek surrender and acquiescence of the highest constitutional offices will be a dark spot in India’s political history. But one might ask how this is different from many such instances in the past.

The fundamental difference between the gross abuse of the Constitution, especially witnessed under Indira Gandhi, and that is being seen under Narendra Modi and Amit Shah in the last five years is that while the former was seen with anger and revulsion, the latter is adoringly termed as Chanakya Neeti. It is this shift in language and discourse that is the most dangerous for Indian democracy. For, every act of brazen challenge to the Constitution is normalised and projected as brilliant masterstrokes in politics. That is why Amit Shah is eulogised in the mainstream television media.

Along with the normalisation of illegalities and the rampant use of money power to subvert democracy (the figures cited for the “purchase” of MLAs in Karnataka and Maharashtra range from Rs 50 crores to Rs 100 crores!), the other development is the resorting to a shamefaced whataboutery to explain away the decimation of institutions in the present by the BJP. The argument goes, “Indira Gandhi and the Congress did the same.”

But the BJP claims to be a “party with a difference” and Narendra Modi claims to be the crusader against corruption; he has come to power on the basis of the moral claim of “Na khaoonga, Na khane doonga” (will not take bribes, nor let anyone do so). The hollowness of this whataboutery can be easily exposed.

The Congress government imposed the Emergency in 1975. So, does it become legitimate to impose an Emergency now? The Congress indulged in corruption. So, is it legitimate for the BJP indulge in corruption? But the Congress was voted out precisely because people felt that it was tainted by gross corruption, is it not? At least a section of the people who voted for Modi thought that they were voting for something different from Congress. Then, how is it kosher for the BJP to organise a midnight constitutional coup and seek to align with what Modi called a “Naturally Corrupt Party”?”

How is it kosher that the crusade against corruption has only been restricted to Opposition leaders? How is it that a Congress leader like Sukh Ram, convicted for corruption, is in the BJP now? How is it that scores of leaders charged with serious corruption charges like Mukul Roy, Himanta Biswa Sarma, Narayana Rane, etc. have become clean after a “saffron wash” by joining the BJP?

More than the open disregard for constitutional proprieties is the blatant doublespeak of the BJP which is grating. On the very day that the Maharashtra Governor hurriedly swore in a BJP-NCP government in the early hours—without even ascertaining the signatures submitted by Ajit Pawar—this is what Modi said at the Conference of Governors: “as Chancellors of Universities, Governors become sources of inspiration for our dynamic youth;” and he called upon Governors to serve the poor “inspired by the principles outlined in our great Constitution”!

Just two days after the midnight machinations to install a government without majority, and then “poach” Opposition MLAs through money and the threats of investigation agencies, Modi said this in a poll campaign in Jharkhand: “under the Congress and allies, governments were made through the back door. There were alliances of self-seekers who were driven by the lust for power.”

Or, listen to Amit Shah when he claims, “Shiv Sena has done the work of insulting the mandate of Maharashtra, not BJP.” So where was this moral outrage when BJP insulted the people’s mandate in Bihar? After all, the JDU-Congress-RJD alliance won a huge majority, but the BJP formed the government with JDU when the latter walked out of the government? Where was the moral outrage at ideologically contradictory post-poll coalitions when the BJP joined together with the PDP in Jammu and Kashmir after the elections, or formed governments in Manipur, Goa, and Meghalaya despite not being the party with the highest number of MLAs?

In Arunachal Pradesh, Congress won the elections with a big majority in 2014; yet the BJP formed the government in 2016 after a series of the most amoralistic machinations which even saw the suicide of a deposed Chief Minister, and where the number of BJP MLAs increased from 11 to 45! In Manipur, the BJP won 21 seats in the 2017 elections, now it has 31. In Goa, the BJP won 13 seats in the 2017, now it has 27, with many Congress MLAs now as BJP ministers.

So, Maharashtra is only the latest episode in the new dawn that was supposedly inaugurated in 2014. And the Maharashtra fiasco at forming a government by the most questionable means should dispel any illusions (that some people might still harbour) about Narendra Modi as a crusader against corruption. That this has come not too long after BJP’s breaking of the Congress-JDS government in Karnataka just shows how deep the rot is in the party led by a leader, who claims to be an ascetic and an exception in Indian politics.

It should not be forgotten that the CBI closed cases against the Bellary Brothers just before the Karnataka Elections for mining scams valued at Rs. 16,500 crores. That is why Modi’s entire moral discourse on corruption, especially on demonetisation, is a complete masterclass in skullduggery.

Yet, what is curious and shocking is that in the last five years, Narendra Modi is in some kind of a glass case, insulated from everything that the BJP or Amit Shah does. It is like the most powerful person, the single-man army of the BJP has no moral or ethical responsibility for whatever his party does. It is this halo which has been shattered with Maharashtra. For, Modi was the one who informed the world about the new government in Maharashtra with a tweet congratulating Ajit Pawar.

How far have we travelled from May 2019, when Modi was seeking a re-election on the “Main Bhi Chowkidar”campaign. It is time to wake up and realise that Indian democracy is under much bigger threat than ever before under the Chowkidar who is supposedly protecting it. 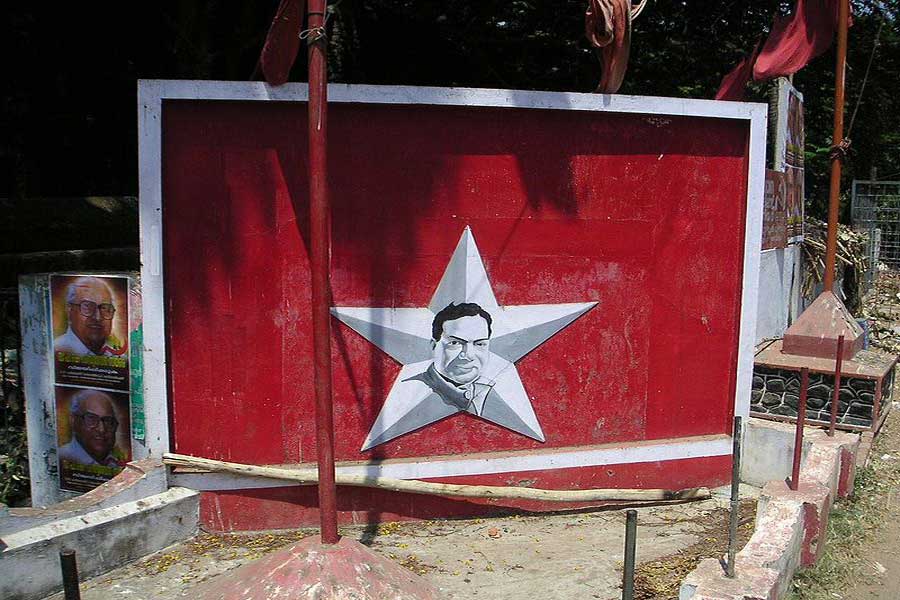 What is left of the Left