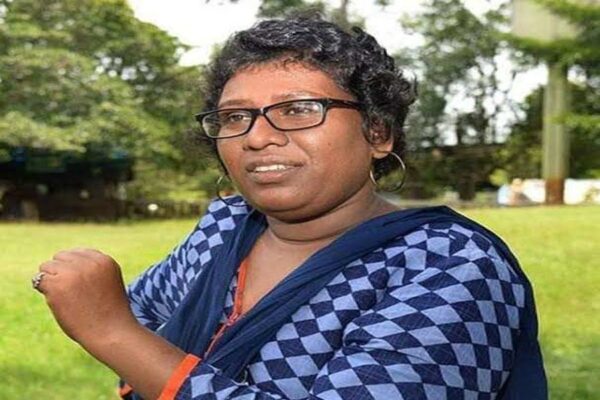 The loneliness of being Bindu Ammini

The film has three female protagonists who represent three different social classes. Alice, played by Srividya is a rich, glamorous and powerful lady. She is portrayed as immoral, even using her body to further the business interests of her husband Mammachan (played by Bharat Gopi). Alice isn’t sure if her husband indeed is the father of their children. She has other affairs too, drinks habitually, is indifferent to her children—thus violates the codes of conservative morality. In short, she is the ideal candidate for individual liberation, one would imagine. But Alice ends up committing suicide. Death is her only form of liberation.

Vasanthi, the second character, (played by Suhasini) represents the struggling and ordinary middleclass. She has a job and is the only earning member of the family. She is a hardworking woman who gives her best to her home. She is saddled with a useless and abusive drunkard husband and a demanding mother-in-law. Caught between the pressures of office work, back-breaking household chores as well as the emotional and physical bullying, Vasanthi suffers a nervous breakdown and ends up in the lunatic asylum. Her liberation is realised through madness. 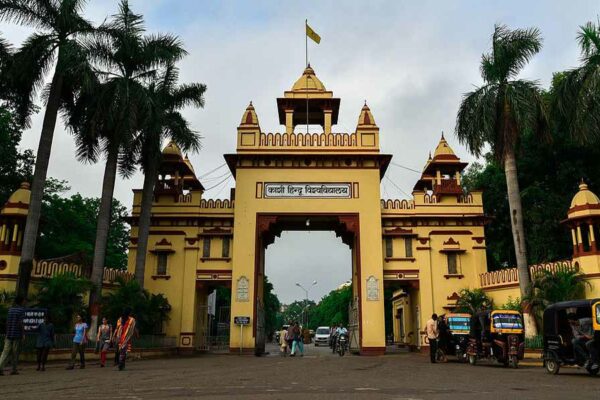 Students are on strike in two of India’s biggest universities and for different reasons. In Banaras Hindu University (BHU), a section of students are demanding that the recent appointment of a particular teacher be cancelled. Whereas in Jawaharlal Nehru University (JNU) the majority of students are on strike demanding the withdrawal of the recent hike in hostel fees. Underlying both contexts is a clash of ideologies, a conflict between two opposing worldviews that, in a sense, puts the very identity and direction of our nation in perspective.

For the last two weeks, a group of 30-odd students of Sanskrit literature belonging to the Sanskrit Vidya Dharm Vijnan department have been sitting outside the office of BHU Vice-Chancellor. They are protesting against the recent appointment of Firoze Khan as Assistant Professor. These students, mostly with allegiance to Hindutva groups, do not want a Muslim to teach them Sanskrit.

Banaras (Varanasi or Kashi) is India’s premier pilgrim city where millions throng to get salvation both for themselves and their forebears. It’s a place which confronts the individual with the ultimate spiritual lesson about existence—that one is fundamentally a soul and that all material/physical markers are insignificant or secondary. It was here that, in 1916, Pandit Madan Mohan Malaviya and Annie Besant established the Banaras Hindu University on a 1,700 acre land donated by the hereditary ruler of Kashi. The Nizam of Hyderabad also contributed a generous donation of one lakh rupees. The university was expanded later and is now one of the biggest residential institutions in the world. It is spread over 4000 acres and boasts of a student population of around 30,000. Interestingly, the first thing that strikes anyone visiting the official website of the University is the vision of its founder, Mahamana Pandit Madan Mohan Malaviya given on the homepage: 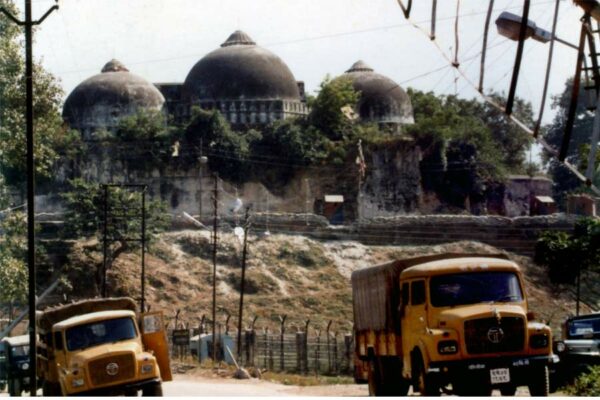 “We (the Supreme Court), are not final because we are infallible, but we are infallible only because we are final,” said American jurist and writer Robert H Jackson famously. Our own legendary jurist V R Krishna Iyer was so fond of this statement that he used to quote it often. November 9’s historic judgement of the constitutional bench of the Supreme Court of India on the Babri Masjid/Ram Janmabhoomi conundrum once again brings to mind the nature of justice in relation to the finality of legal dispensation.

The judgement has been generally accepted and even welcomed by the majority of the public and the political class. Even some Muslim organisations (apparently the aggrieved faction) have expressed a sense of relief in achieving a closure of sorts for this long-drawn legal battle. That this judgement can still be challenged and a review petition filed is not likely to alter the ground reality (no pun intended), considering the fact that this was a unanimous verdict by a five-member bench. However, many significant questions still remain unanswered.

The judgement, spread over a thousand pages, is very complex (complicated, some would argue). It makes it unequivocally clear that the demolition of the Babri Masjid on December 6, 1992, was “an egregious violation of the rule of law” as also “a calculated act of destroying a place of public worship.” But the honourable bench does not believe in righting this wrong by rebuilding the Masjid at the very site. Instead, the whole area of 2.77 acres will now be handed over to a trust for the construction of a Ram temple. Doesn’t this, one wonders, validate in a sense the very premise/motive of the ‘egregious violation of law’? After all, this is exactly what the VHP and other Hindutva groups have always wanted to do—demolish the masjid and build a temple instead. The first part was carried out in 1992. And now, 27 years later, it has become possible and legal to realise the second.