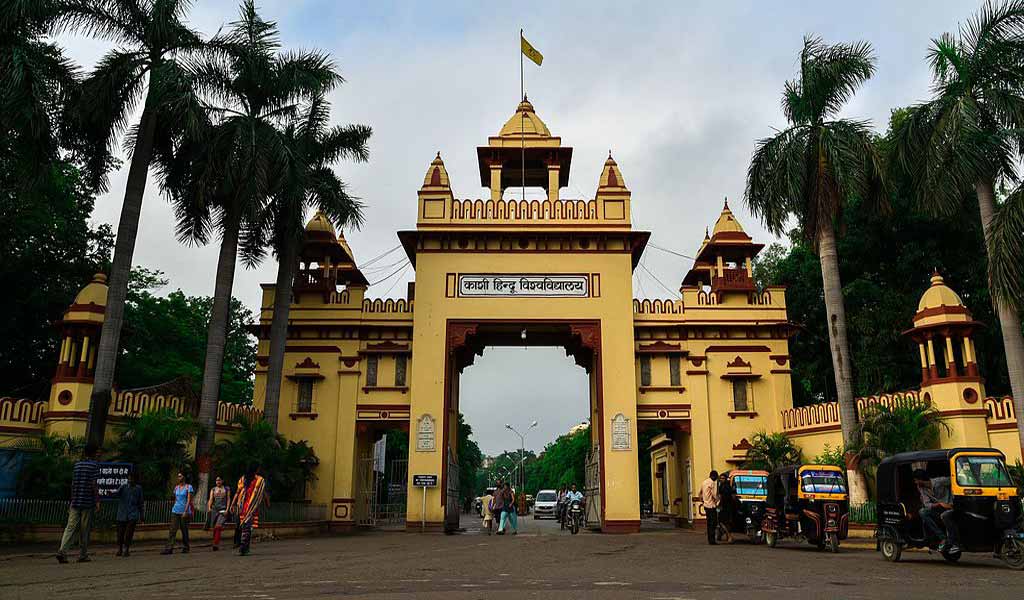 Students are on strike in two of India’s biggest universities and for different reasons. In Banaras Hindu University (BHU), a section of students are demanding that the recent appointment of a particular teacher be cancelled. Whereas in Jawaharlal Nehru University (JNU) the majority of students are on strike demanding the withdrawal of the recent hike in hostel fees. Underlying both contexts is a clash of ideologies, a conflict between two opposing worldviews that, in a sense, puts the very identity and direction of our nation in perspective.

For the last two weeks, a group of 30-odd students of Sanskrit literature belonging to the Sanskrit Vidya Dharm Vijnan department have been sitting outside the office of BHU Vice-Chancellor. They are protesting against the recent appointment of Firoze Khan as Assistant Professor. These students, mostly with allegiance to Hindutva groups, do not want a Muslim to teach them Sanskrit.

Banaras (Varanasi or Kashi) is India’s premier pilgrim city where millions throng to get salvation both for themselves and their forebears. It’s a place which confronts the individual with the ultimate spiritual lesson about existence—that one is fundamentally a soul and that all material/physical markers are insignificant or secondary. It was here that, in 1916, Pandit Madan Mohan Malaviya and Annie Besant established the Banaras Hindu University on a 1,700 acre land donated by the hereditary ruler of Kashi. The Nizam of Hyderabad also contributed a generous donation of one lakh rupees. The university was expanded later and is now one of the biggest residential institutions in the world. It is spread over 4000 acres and boasts of a student population of around 30,000. Interestingly, the first thing that strikes anyone visiting the official website of the University is the vision of its founder, Mahamana Pandit Madan Mohan Malaviya given on the homepage:

“India is not a country of the Hindus only. It is a country of the Muslims, the Christians and the Parsees too. The country can gain strength and develop itself only when the people of the different communities in India live in mutual goodwill and harmony. It is my earnest hope and prayer that this centre of life and light which is coming into existence, will produce students who will not only be intellectually equal to the best of their fellow students in other parts of the world, but will also live a noble life, love their country and be loyal to the Supreme ruler.”

Firoze Khan, the young idealist who pursued Sanskrit all his life must have thought that the present inhabitants of BHU still followed this wisdom of its founder. His family has a long history of engagement with Sanskrit—at least for three generations. He was easily the most qualified of all the candidates who applied for the post of Assistant Professor. He got the job, but unfortunately, is not allowed to teach. His name is Khan, that’s why.

The protesting students have been reciting hymns and even carrying out a yagna, insisting that they wouldn’t relent unless their demands are met. Of course, these protests are illegal and violate Khan’s fundamental rights. As a public institution funded by the State, Banaras Hindu University is bound by Article 14 of the Constitution which guarantees equality before law and prohibits discrimination on the basis of religion, race, caste, gender or place of birth.

This also violates the fundamental logic of spirituality that hovers over the sacred ghats of Varanasi—that the soul (as also jnana or vidya) knows no body, caste or community. Unless, of course, you are a Muslim in contemporary India daring to trespass and pollute the sacred terrain of Sanskrit studies.

A great tradition of secular and syncretic social ethos has now given way for bigotry and parochialism. The umpteen stories of Muslim rulers and scholars promoting Sanskrit or of Muslim artists performing for Hindu temples and ceremonies are conveniently forgotten. The new logic for the new nation is put in place. Welcome to the Modi-fied India—politically, socially and culturally.

If only a handful of students are on strike in BHU, the majority of the student community and many of their teachers are on strike in JNU. The provocation is the recently imposed steep hike in the hostel fees. More than the amount of increase, it’s the principle behind it that has angered the students. That’s why they are not willing to accept the partial roll-back announced subsequently. The real issue at stake is the very idea behind the creation of JNU—a world class public university, affordable to all.

Thousands of students hailing from very poor families have studied at JNU over the years and have been able to change destiny, not only for themselves but for those around as well. There are hundreds of students in JNU at the moment who just cannot afford the proposed hike. The corporate logic of ruthless capitalism that’s now controlling public policy in our country wants all subsidies to end and education to be treated as a commodity.

Of course, it’s well-known that the ruling dispensation hates JNU for other reasons as well. Several attempts were made to weaken its autonomy as well as its liberal (even rebellious) character, but the community has mostly stood together and resisted those attempts. The university has a great legacy of student protest and the most memorable moment perhaps was when no less a person than Indira Gandhi was compelled to resign from the post of the University Chancellor. 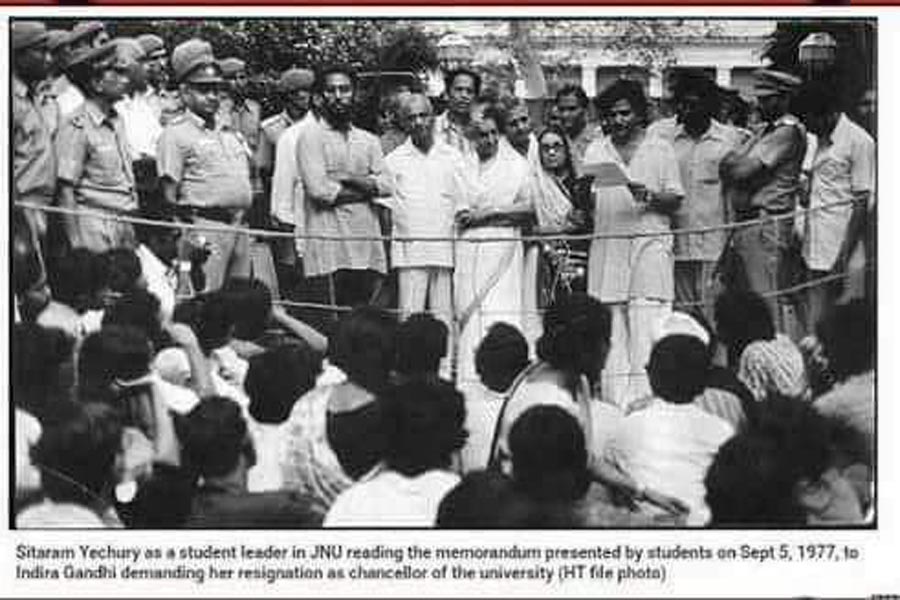 A massive rally led by Sitaram Yechury (then President of the Students’ Union) moved from the JNU campus to her residence and read out a list of demands as also accusations concerning the excesses of the Emergency. The students had already forced Dr B D Nagchaudhary, an eminent and famous Physicist, to resign as Vice Chancellor. Cut back to November 2019. The present Vice Chancellor (Jagadesh Kumar, another Physicist) has rigidly refused to even meet the protesting students or teachers.

Efforts are on to diffuse the situation in both BHU and JNU. The whole nation is eagerly waiting for the results. Not as much for ensuring justice in either case, but for the fact that the results will be a clear indication as to where we, as a nation, are heading. “The destiny of India is now being shaped in her classrooms”, reads the opening statement of the famous Kothari Commission report on Education (1966). We might add that the nation’s destiny is as much shaped by the protests taking place outside the classrooms.

In the days ahead, we will come to know whether tomorrow’s India will be shaped more by the worldview of the striking students of BHU or that of JNU. 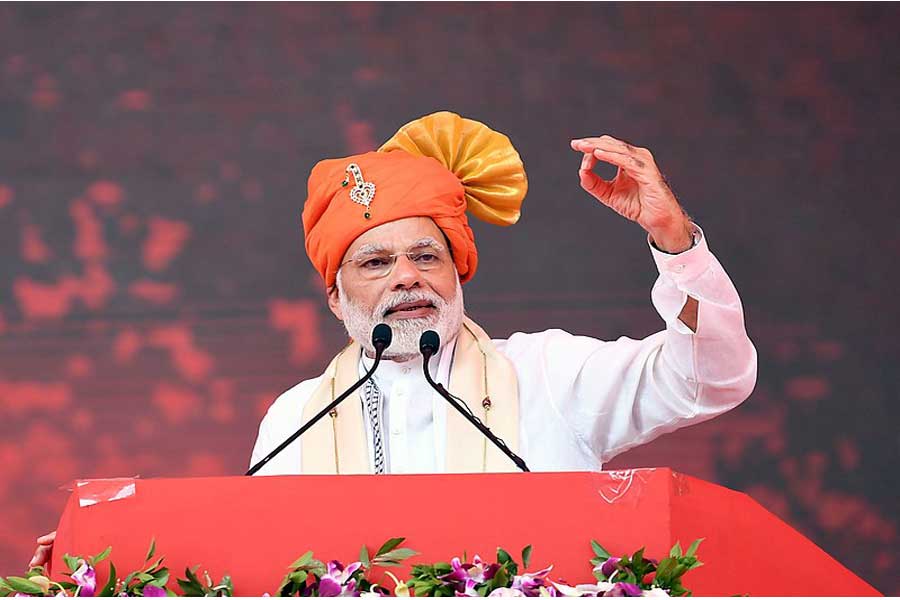