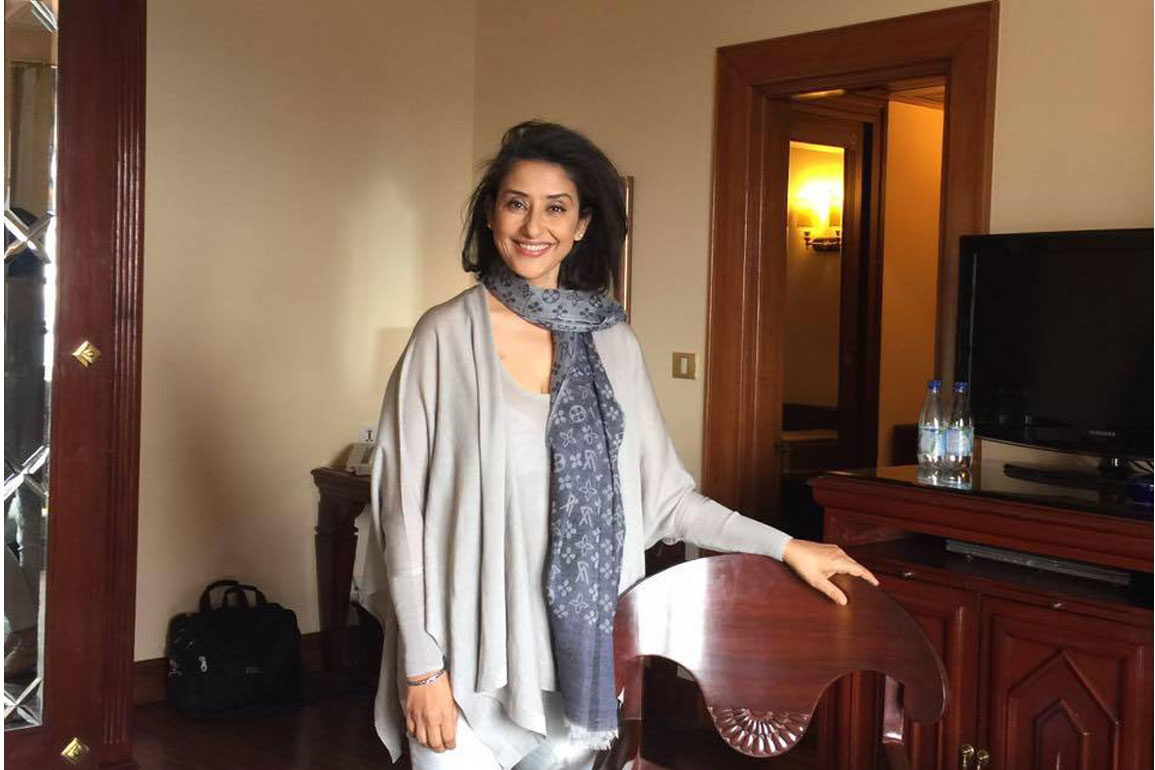 When literary agent, VC Thomas, asked the Thiruvananthapuram-based journalist, Ajith Lawrence, whether he would like to translate Bollywood star Manisha Koirala’s autobiography, Healed, into Malayalam, he decided to take up the challenge of working on a celebrity’s book. Penguin had published the 240-page best-selling book in December, 2018.

The story is about how Manisha discovered, at age 42, that she had stage 3 ovarian cancer in 2012. Among those who had a similar diagnosis, only 44 percent have survived. The seed for the book was sown a year later when she was undergoing treatment at the Memorial Sloan Kettering Cancer Centre in New York. Manisha met a Rinpoche, a Tibetan teacher from Nepal who told her to treat every feeling like a precious one and pen it down. “And that is what Manisha did,” says Lawrence.

The treatment was prohibitively expensive. When Manisha heard that the Sahara Group owned the Plaza Hotel in New York, she contacted the owner, Subrata Roy.  “He allowed her family to stay at the hotel for free during the treatment,” says Lawrence. Manisha Koirala belongs to the powerful Koirala family of Nepal. Her grandfather Bishweshwar Prasad Koirala was prime minister and so were two of her great uncles. Her father was a former minister of environment.

Expectedly, there are several starry anecdotes in the book. After her treatment, Manisha prepared to take the flight from New York to Mumbai. “She was very nervous,” says Lawrence. “People had known her as a beautiful and glamorous actress. But now, owing to the chemotherapy, she did not even have eyebrows. So, she used an eyebrow pencil. She also used a hoodie to cover her head.” 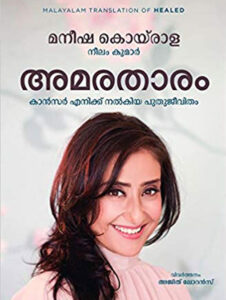 But as she entered the plane, Manisha froze. Her eyes locked with actor Hrithik Roshan’s hazel-green eyes. He was sitting one row away. Manisha looked away, pretending she had not seen him. But Roshan leaned forward and said, “Manisha, you are looking great. Your skin is glowing.” Manisha replied softly, “Thank you.”

In the book, Manisha writes: “I shall never forget Hrithik’s kindness. It had been my first encounter with the familiar world of glamour. I had left as a patient and was coming back emaciated yet cured after a five-month bloody battle. I looked different. But in the warm sunshine of his acceptance, I felt some of my fears fading away.”

The book also recounts incidents from her childhood. When Manisha was eight years old, her mother Sushma left her at her grandmother’s home in Benaras, and walked away. “Manisha watched her mother but the latter did not turn and look back at her,” says Lawrence. “Many years later, she asked Sushma about why she did not look back. Her mother told her she did not want Manisha to see the tears in her eyes.”

When she grew older, Manisha came to know her mother was helping her father in his political career and that was why she had left her with her grandmother. ‘But could I shake off the feeling of abandonment imprinted on my young soul? No,’ says Manisha in the book.

At 21, Manisha came to Mumbai to try her luck in Bollywood. Her first film, Subhash Ghai’s Saudagar (1991) was a superhit. Thereafter, she made a name by acting in hits like 1942: A Love Story, Bombay, Akele Hum Akele Tum, Khamoshi, Gupt, Dil Se and Mann, among many other films.     But she almost did not get the role in 1942. “When she first auditioned for the role, the director Vidhu Vinod Chopra said, ‘Manisha, you are a terrible actor’,” says Lawrence.

Manisha did not get demoralised. She belonged to a warrior family and possessed grit. So, she said, “Vidhu, please give me 24 hours and a second chance.” The director agreed. Manisha went home and practised like a maniac. Her mother said, “What are you doing? It’s okay if you don’t get this movie. Don’t kill yourself over it.” The next day, Manisha poured her soul into the performance. Vidhu was silent for several moments. Then he said, “Manisha, yesterday you were zero. But today, you are at one hundred. If you put your heart in every scene of my film, I will sign you, instead of Madhuri Dixit.”

The rest is history The movie became a box office hit and made Koirala a household name all over India.  Today, Koirala has made a successful professional return. She has acted in a coming-of-age drama, Dear Maya (2017), played a role in the successful Netflix show, Lust Stories and also acted in Sanju, another box office hit.

Meanwhile, asked about the method he used, Lawrence says, “I opted for line-by-line translation. You need the right empathy to get inside an author’s skin.” Two professors, of English and Malayalam, checked whether the translation was satisfactory.

“It is a beautiful book,” says Lawrence. “It could be made into a hit film. Since cancer is prevalent in Kerala, many Malayalis will be able to understand what one goes through when afflicted by it.” The New Delhi-based Manjul Publishers has brought out this Malayalam version, titled Amara Thaaram (Immortal Star). 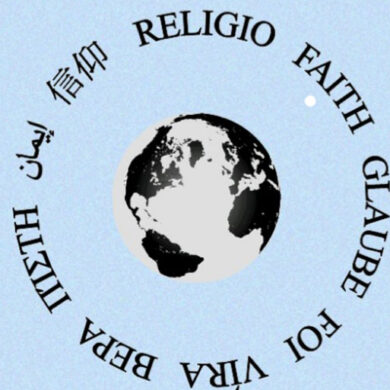 Let’s debate the idea of religion