Last week, campaigning for the Bihar assembly election, scheduled for the end of this year, commenced. Home minister Amit Shah addressed party workers digitally – confidently declaring that the Janata Dal (United)-Bharatiya Janata Party (BJP) government led by Nitish Kumar will return to power and outlining its achievements, including in the wake of the coronavirus disease (Covid-19)-sparked pandemic. On the same day, the Rashtriya Janata Dal (RJD) staged a symbolic protest, by banging utensils, to highlight both the Centre and state government’s failure to deal with migrant workers crisis.

Even as India continues to battle the pandemic, this was a sign of politics returning to normal – or the new normal. And Bihar will continue to be the site of this new normal of Indian politics, possibly redefining political campaigning and changing the nature of issues at the heart of public discourse in a post-Covid India.

Why is the Bihar election important?

The state has been a crucible of major political and social movements. From Jayapraksh Narayan’s call for Total Revolution, which led to the Emergency, to the assertion of backward communities which was a precursor of their dominance in national politics, Bihar’s vibrant polity has often determined the course of Indian politics. The fact that the state is home to over 100 million people; and that it fares poorly on development indicators also makes its progress essential for India’s development.

But this election is particularly significant because of its timing. To adhere to norms of social distancing, parties will have to increasingly rely on digital campaigning. The use of technology will accelerate. There will be micro targeting of voters through careful data analysis. At the same time, the pandemic has thrown up serious questions about Indian State’s capacity, its investment in health care, its ability to respond to emergencies, and its treatment of its poorest citizens. The election will see these issues crop up, and the verdict will reveal whether the basis of voting choices of the electorate has changed due to pandemic.

The state of the play

This has been an interesting decade for Bihar chief minister, Nitish Kumar. In the 2000s, he led a robust opposition against the Lalu Prasad-Rabri Devi regime. After coming to power, he focused on first, ensuring law and order and reducing the crime rates, and second, improving infrastructure, particularly roads. He worked closely with civil society and initiated key welfare schemes. The provision of bicycles for girls, and enhancing women reservation in Panchayats, were important steps in a deeply patriarchal set up like Bihar. But he walked out of his alliance with the BJP in 2014, resigned as CM in 2014, then returned as CM , fought the elections with the RJD as a partner in 2015, and then, mid-way, broke up with the RJD and went back to the BJP. On governance, his signature theme in this term has been prohibition – which, while it has struck a chord with some, including women, has also spawned a parallel economy of bootlegging. There’s a bigger challenge for Kumar – Bihar today is a far cry from the lawless badlands of the old, but he needs to focus on the next generation of reforms, essential to bring in investment to the state and encourage industrialisation and employment.

It was in this backdrop that the pandemic came to the state. Kumar faced criticism for his apparent insensitivity to migrant workers who desperately wanted to return home, but he bravely stuck to his guns, criticising those who were encouraging such movements which, as he pointed out, defied the very purpose of the lockdown. It has only when the Centre issued a protocol for the movement of workers that Bihar agreed to receive them. The returning migrants have presented two new challenges to the government: the disease is spreading, and unemployment is becoming an acute concern.

Kumar and the BJP, led by Narendra Modi, have a huge advantage. Modi as PM and Kumar as CM remain the most popular faces in the state. The alliance also has caste arithmetic on its side. It has enjoyed the support of a predominant section of upper castes, extremely backward classes (primarily non-Yadav communities) and sections of Dalits, especially Paswans loyal to Ram Vilas Paswan’s Lok Janashakti Party (LJP), the third player in the alliance. In the 2019 election, JD (U), BJP, and LJP won a staggering 39 out of 40 seats in the state.

On the other side is the RJD, backed by the Congress. In the absence of Lalu Prasad, who is convicted on corruption charges, the party lacks a mass leader. Tejashwi Yadav has not been able to fill in his father’s shoes, and has come across as inconsistent. The RJD’s biggest strength is its loyal social base – of Yadavs (though a section seemed to have moved to the BJP in 2019) and Muslims: these two constituencies are over 30 per cent of the vote. Together, they make RJD an effective force, but are not enough to propel it to power. This is why the party is hoping to expand its alliance and bring in Dalit and non-Yadav backward leaders. But whether this strategy will succeed is yet to be seen.

What the Opposition is banking on the most is the economic distress caused by the lockdown imposed to curb the pandemic. It believes it can leverage the anger of the migrant workers and their families across caste lines; and of citizens at large who can see the state government struggling to respond to the pandemic, like indeed, governments everywhere have.

But beyond the victory and defeat of parties, what the Bihar election will show is how Covid-19 has altered Indian politics. Will class-based politics, where economic status is the key determinant of political choice, replace identity-based politics, where only religious and caste affiliations determine political choice? Will the absence of public goods and State delivery on health be primary driver or will incumbents be able to find other ways to win over voters? How will parties reach out to voters – and how will voters communicate with leaders? Through its election, Bihar will provide a glimpse of the political future to the rest of India and answer questions central to Indian democracy. 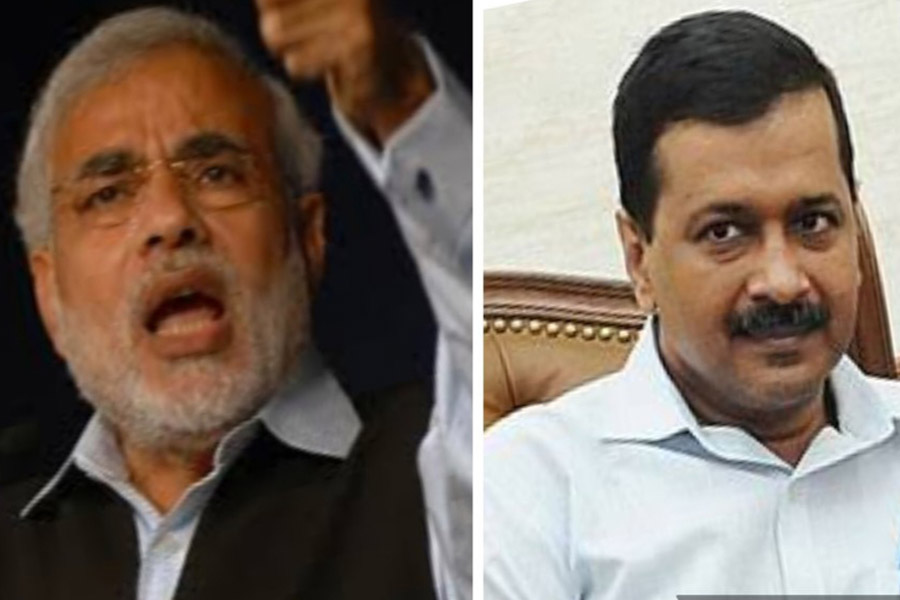