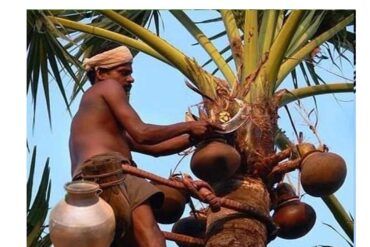 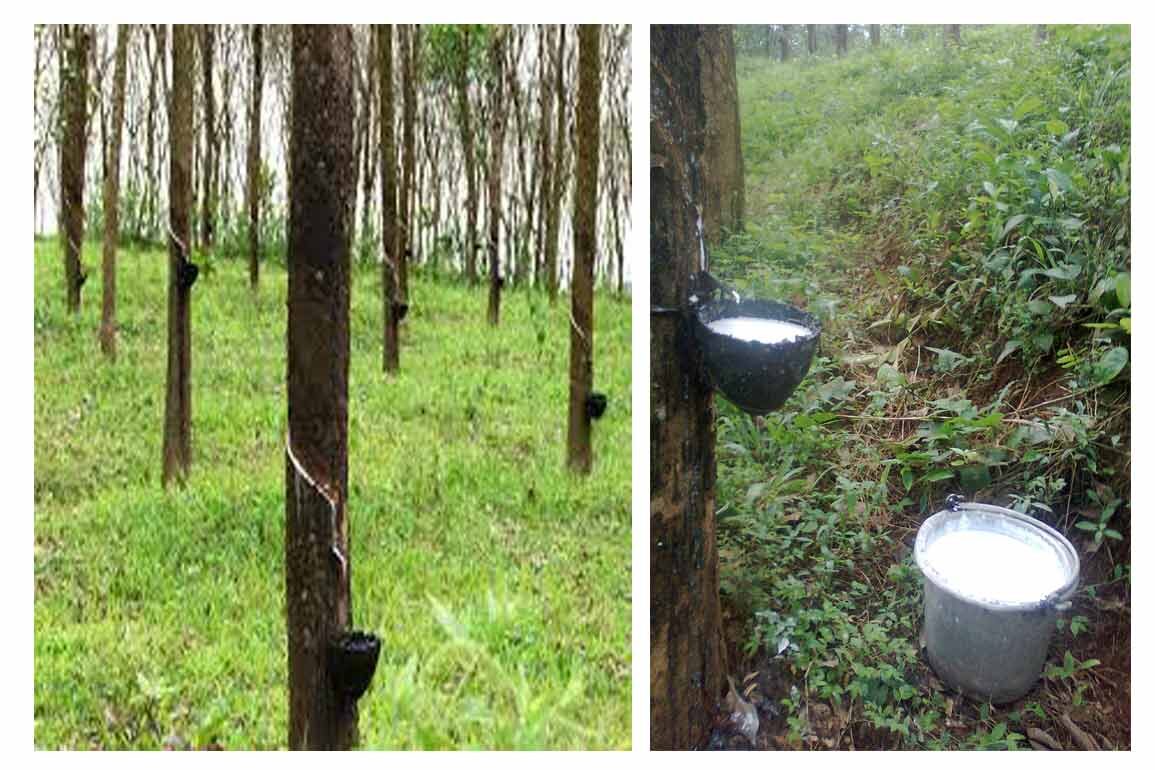 Over 10 lakh rubber growers in Kerala are in the grip of a crisis both due to a protracted downward spiral of rubber prices coupled with decline in demand due to Covid-19 related lockdown. And to make matters worse the Rubber Board is virtually in the dark over how to uplift the sector. The cost of production of rubber in Kerala is the highest in the country, hence experts suggest that the rubber farmers abandon rubber farming and switch over to alternative crops as rubber is no longer a profitable venture. The intransigent attitude of the Union government in churning out proper measures is a hindrance in finding a proper solution.

Stakeholders believe that the once proactive Rubber Board which had initiated constructive methods to improve the yield of the rubber in the state is now doing little for the rubber growers. The role of the Rubber Board has seen a steady decline. Though the Rubber Board authorities had approached the Union Ministry of Commerce for concrete interventions to revive the industry the central government’s attitude has been one of indifference. “We have extended all support over the past years. Now the industry has to stand on its own,” was the reaction of the Union government say sources.

As if to stress the irrelevance of the Rubber Board, the Commerce Ministry turned down the proposal of the Board to extend the incentive scheme to Rubber producers in the country with a central government component. That was turned down apparently for political reasons.

One of the major reasons for the fall in prices is the glut in the domestic market from the rubber imports by tyre manufacturing companies and industries when the price of the rubber in foreign markets was down. Due to the indiscriminate import of the rubber, the usual annual aggregate import of 75,000 tons had increased to 5 lakhs tons in the past few years. The rubber importers played a huge role in suppressing the price of rubber in the domestic market.

PC Cyriac, former Chairman of the Rubber Board, said that if the domestic production of rubber was reduced as a result of import the import should be restricted. He said that the central government has the authority to increase the rate of import duty as per the World Trade Agreement. Cyriac, who was instrumental in designing a number of schemes including the constitution of the Rubber Producers’ Society (RPSs) and who is a vociferous spokesperson of the rubber farmers says that there is no hope for the cultivation of the crop in the state and the better thing is to switch over to cultivating crops such as cocoa. Speaking to The Kochi Post he added that he suspects that the tyre companies may be using their influence with the central government to keep import tariffs down.

“No more, will I ask the farmers to replant rubber. Instead, I will advise them to grow alternative crops as cultivating rubber is no more a profitable venture. He says that as a result of the increase in the import of rubber the domestic production of rubber is suffering,” Cyriac who is also the President of the INFARM added.

The Rubber Board was headless for nearly two years. The Chairman’s position lay vacant from 2014 August to April 2016.  It was only in April 2016 ahead of the assembly polls that the Chairman was finally appointed. The absence of the representatives of the farmers as rubber board members prevents the farmers being heard at the higher levels. The change of status of rubber from an industrial crop to agricultural crop will help the government to initiate a minimum support price for the rubber, however, the demand is unmet for a long time.

The small rubber farmers of the state are in a dilemma owing to the low price of the rubber crop. KJ Mathew Kochuparambil, of Anikadu says that his four acre of his rubber is lying untapped as a result of the low price of rubber. Many owners of the small scale rubber plantations are replicating this across the state.

Meanwhile, the Rubber Board says that it is adopting certain measures to revive the sector. Executive Director, Dr KN Raghavan, told The Kochi Post in an interview that an incubation centre will be set up at Kottayam. As part of the new initiative to increase the rubber production in the non-tyre sector, the Rubber Board is starting an incubation centre at Kottayam so as to increase the range of the rubber products and find areas where rubber products can replace plastic products.

This is intended to increase rubber production in the non-tyre sectors thereby reducing the monopoly of the tyre companies in using rubber. Though a similar initiative was launched in 2017 in cooperation with the Kerala State Industrial Development Corporation (KSIDC) the project never took off. Hence the new project was envisaged.

The incubation centre will be set up at the Rubber Research Institute of India (RRII) as a place for developing new rubber products. The entrepreneurs will be able to approach the centre and get technical guidance for developing the products. The entrepreneurs would get assistance in product development, testing, meeting technical specifications in standards as well as in marketing. Dr Raghavan said that it will help to improve non tyre segment of tyre industry by expanding a range of rubber products and also gives an encouragement to the small and medium industries which manufacture them, he said.

Meanwhile, while the Rubber Board is planning these initiatives many among the small scale rubber farmers in the state are facing a predicament. Many among them are not tapping the rubber plantations in the context of the declining price of the rubber.

He added that the Rubber Board had approached the Union Ministry of commerce demanding them to restrict the import of rubber to the country. The Ministry had not so far approved it. However, a concrete decision to restrict the imports or to institute import duty can only make a change in the situation and for that what is necessary is political consensus. 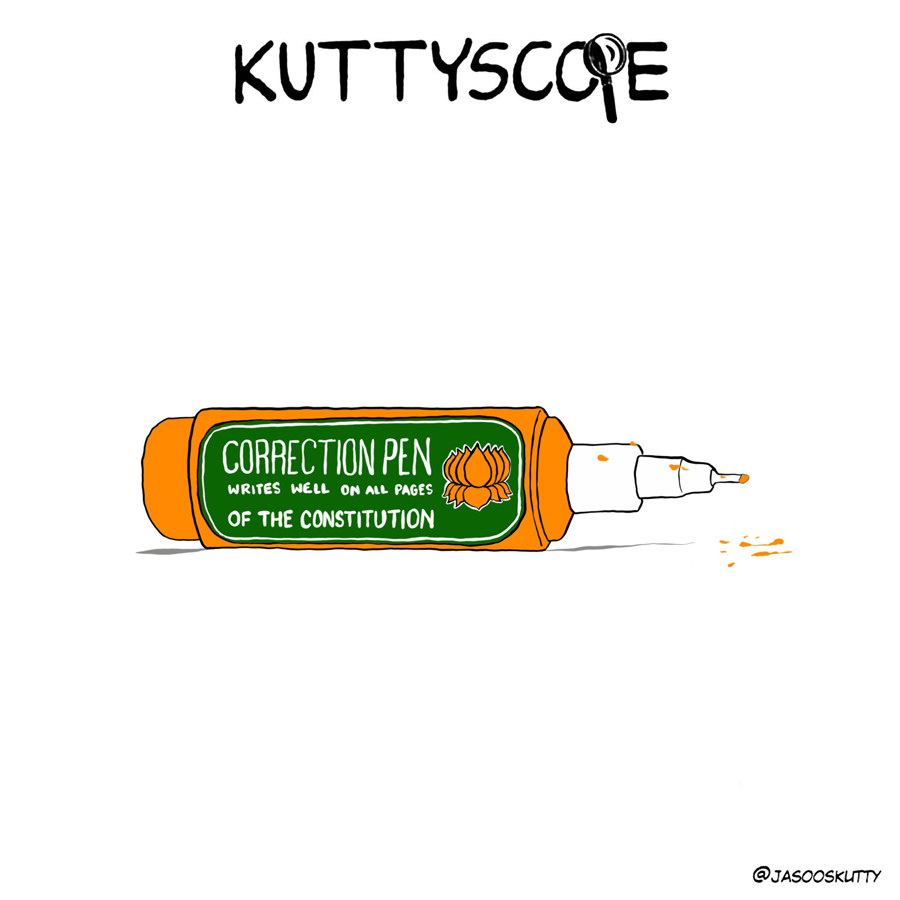