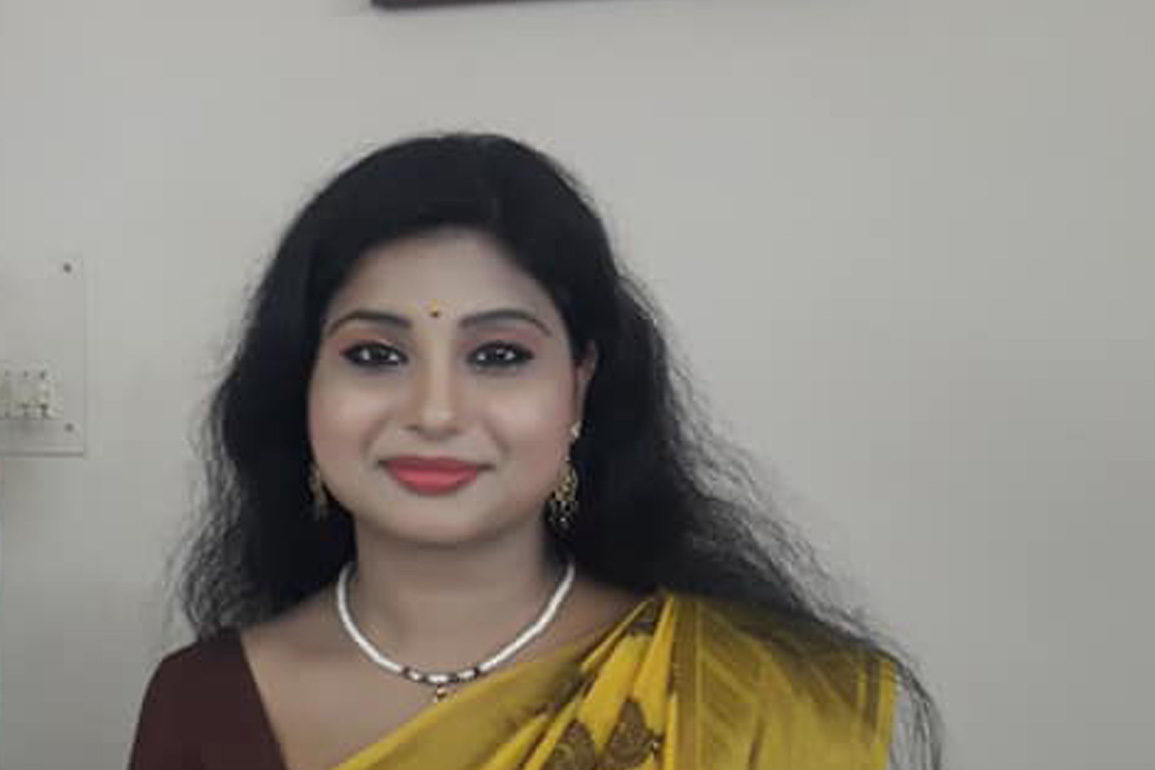 The social media warriors of the Congress and the CPI (M) are slugging it out over the FIR registered against state Mahila Congress Secretary and lawyer, Veena S Nair, on a complaint that she tried to defame and insult Chief Minister, Pinarayi Vijayan, and media houses, through her Facebook post. The Congress alleges the government is trying to suppress criticism.

The FIR registered by Ernakulam Central Police station says that Veena Nair, a Thiruvanathapuram-based lawyer and political activist, had defamed the CM by spreading fake news on social media platforms through her post which says “CM was doing public relations (PR) work while the state was burning (in view of Covid-19) with pandemic.”

Veena S Nair, who came into active politics nearly five years ago, is active on facebook with her criticism of government policies through her posts and videos on a daily basis. Her videos are widely shared on Congress/Youth Congress’ FB groups.
Speaking to The Kochi Post, Veena Nair said that the complainant in the case Jahangir Razak Paleri, who is a CPI (M) supporter on FB, had given the complaint contesting her FB post of March 31.

“I posted several pictures of Naam Munnottu (90th episode) programme of CM, Pinarayi Vijayan, which I clicked on my mobile phone during its telecast on different channels. In this episode several video clippings of his daily press meets were used. The programme was conceived as CM’s interactive weekly programme (in which CM interacts with representatives from different walks of life). As per the official release of Information and Public Relations Department (I&PRD) on 26.05.2020 as much as Rs 5.26 crores, for the financial year 2020-2021, has been allocated for Naam Munnottu program for its shoot, travel and accommodation of participants, and to telecast it in other selected private channels and state-owned Doordarshan. In private channels it is telecast as sponsored program,” she said.
The major portion of the allotted money is for telecasting the program on private channels as ‘sponsored program’ as per this order issued by PRD.

Her FB post says, “At the time of Corona when the salaries are not paid, what is the need for this PR extravaganza… CM is conducting daily press meet and do you think the channels are recording the press meet and re-telecast it by their own wish. But that is not the fact. The channels are taking crores of rupees for this one-hour-long sponsored programme…. When the state is burning, one man is doing PR work.”

“I then posted seven other photos which I clicked while the private channels telecast the Naam Munnottu program with the label ‘Sponsored Program’ among the pictures. There were two screenshots of news items posted on the FB page from the website of a news channel which they were promoted on FB. The promoted FB post of the channel had ‘sponsored’ written on it. I had marked all the sponsored labels on the pictures/screen shots I posted. I checked with the channel and they said they promoting three news items from their websites on FB on a daily basis and the post obviously will have a ‘sponsored’ label,” Veena added.

The Congress leaders, along with the rank and file of the party, have come out against the FIR and alleged that it was against the fundamental rights which gives every citizen the freedom of speech and the state government was trying to stifle criticism and all opposing voices.

Shashi Tharoor, Congress MP from Thiruvanathapuram, had tweeted in support of Nair, “I’m sure that police are aware that they cannot harass a citizen for exercising her fundamental right to freedom of speech guaranteed by Article 19 of the Constitution. Asking her to report to Kochi police station amid the lockdown is cynical. I appeal to @ Vijayanpinarayi to withdraw the case.” The MP also requested DGP Loknath Behera to educate ‘errant officers’ (in Kerala police) on basic constitutional principles. According to him there was ‘nothing derogatory in the post which expressed straightforward criticism entirely common in a democracy.’

I am shocked to see that an FIR has been filed in Kochi against a Trivandrum lawyer for a @Facebook post criticising the CM for re-telecasting his press meets as a PR exercise at the expense of the state exchequer. This is a new low in the annals of the Kerala Police. @CMOKerala

However, the complainant, Jahangir Razak Paleri, is of the opinion that the pictures posted by Veena were tampered and whatever she wrote on the concerned post were not regarding Naam Munnottu but to mislead the public that CM’s press meets were telecast/ re-telecast as sponsored program.

“It is clear and that was the reason why police registered a case on my complaint. She has come up with fake photos by putting ‘sponsored’ label on pictures of CMs press meet and other news items,” he added. Jahangir said that he had e-mailed the complaint to the Chief Minister and Cyber Cell in Thiruvanathapuram after he saw Veena’s FB post. He had also commented on her post that if it was not removed, she would face legal action. “The post is still there and she has not deleted it,” he added.

Veena Nair refuted the claims of Jahangir saying that the FIR was registered by invoking a single section which is 120 (o) of Kerala Police Act 2011. The section says: if any person, causing, through any means of communication, a nuisance of himself to any person by repeated or undesirable or anonymous call, letter, writing, message, e-mail or through a messenger, shall on conviction be punishable with imprisonment which may extend to one year or with fine which may extend to five thousand rupees or both. 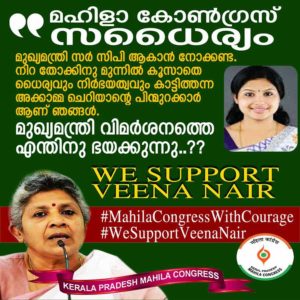 “If the police are buying the argument of the complainant, why didn’t they invoke sections of IPC for posting fake and tampered photographs. Anyone can go to YouTube and watch the 90th episode of Naam Munnottu posted on March 29 and check whether video clippings of CM’s daily presser was used in the episode extensively. My post on March 31 was on the basis of this episode.

She also said that she does not hold anything against the news channels. “If Naam Munnottu is a weekly interactive programme as campaigned, let it be telecast in such a way without filling its slots with CM daily presser which people have already watched. That is my contention” she added. This 22-minute-long 90th episode of Naam Munnottu has at least six clippings of CM’s daily press meet and it consumes nearly one fourth of the episode.

In 2019, The New Indian Express had reported that MoS External Affairs, V Muraleedharan, had objected to Naam Munnottu being produced by the Communist party run channel Kairali TV.

Meanwhile, DYFI state state secretary, A A Rahim, and former DYFI state secretary and MLA, M Swaraj, said that they were not aware of such a case and controversy. Veena Nair who was earlier an anchor and a familiar face on television said that she was not afraid of the case but would take up the matter for a public cause as the FIR registered against her was aimed to silence differing voices. 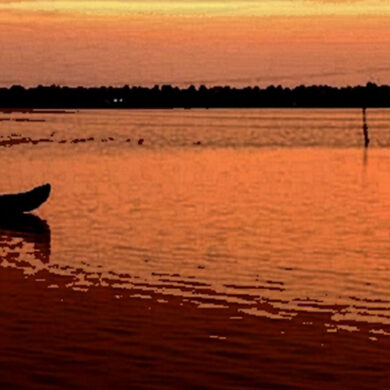