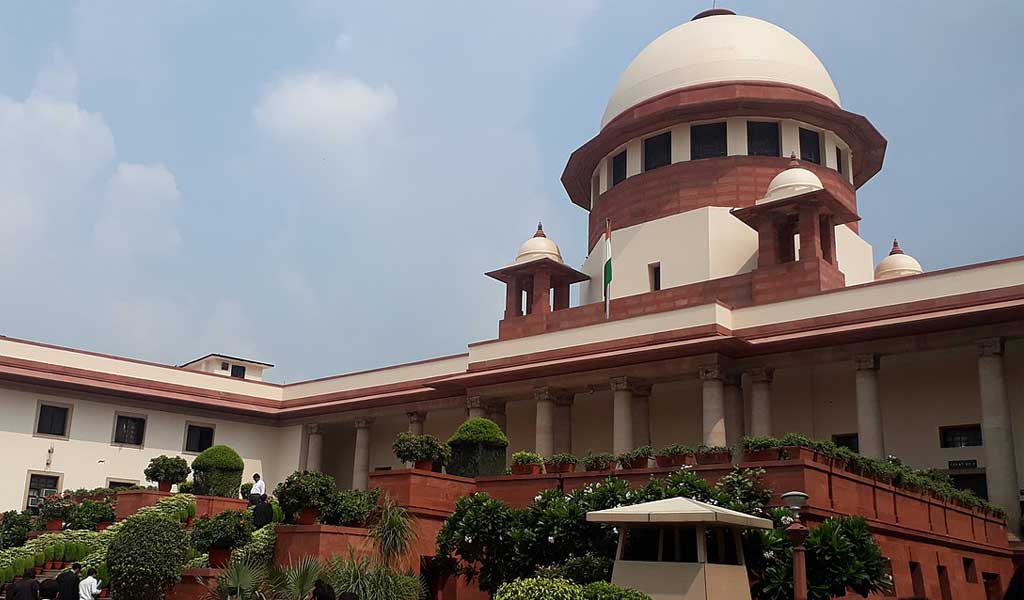 Following the demolition of the mosque in 1992, the Central Government passed the Acquisition of Certain Area at Ayodhya Act, 1993, acquiring around 68 acres of land including the disputed premises and suitable adjacent area. The Act also provided that the pending suits mentioned above would abate. The validity of this Act was challenged before the Supreme Court, which held [in M. Ismail Faruqui (Dr) v. Union of India, (1994) 6 SCC 360] that abatement of the pending suits without providing an alternate dispute resolution mechanism amounted to negation of the rule of law. Accordingly, the abated suits stood revived. However, the controversy was now narrowed down to an area measuring 2.77 acres.

The stand of the Hindu worshippers was that the disputed area is a place of special significance for them, believed to be the birthplace of Lord Ram. Therefore, the consequence of this observation was that the bonafide belief of the Hindu worshippers would have to be examined; if the place is really of such significance to them that its acquisition might result in the extinction of the right to practice religion.

What exactly has the Supreme Court held?

The Supreme Court affirmed the right of the plaintiff in Suit 1 to worship at the disputed property. Suit 3 was dismissed as being barred by limitation.

Suits 4 and 5 were both held to be within limitation. Thus, decreeing both the suits and bifurcating the properties seemed like the obvious thing. But the Court held that the disputed property is a composite whole.

Thus, while decreeing Suit 5, the Court directed that a body of trustees be set up, and possession of the inner and outer courtyards be handed over to such body. Nirmohi Akhara may be given appropriate representation in such body, as the Central Government deems fit.

While decreeing Suit 4, the Court exercised its special jurisdiction under Article 142 of the Constitution and directed that a suitable plot of land measuring 5 acres be allotted to the Sunni Wakf Board either by the Central Government (out of the land acquired under the Ayodhya Act, 1993) or by the State Government (at a suitable prominent place in Ayodhya).

Why has the disputed property been given to the deity in entirety and how did the High Court err?

It is important to note that the Court has not awarded the disputed property to the deity because there existed a Hindu religious structure underneath the mosque dating back to the 12th century, or only because the Hindu worshippers believed it to be the birthplace of Lord Ram. Notwithstanding the observations made in Ismail Faruqui’s case, the Court has made it clear that title claims cannot be decided on the basis of faith and belief.

On an analysis of the facts and evidence, the Court came to the conclusion that:

Muslim parties were unable to establish a specific grant of the land underlying the mosque as a foundation of legal title during Muslim rule or upon the transfer of power to the colonial administration after 1857.

‘Asthan Sri Ram Janmabhumi’—the land believed to be the birthplace of Lord Ram is not a juristic entity and there is no deed showing dedication of the property to the deity.

Thus, neither the deity nor the Wakf Board was able to prove a clear independent title, and hence, the Court had to decide whether either party had possessory title—title created by presumption of continuous possession. Since both communities claimed the disputed property to be a public place of worship, the Court had to examine whether worshippers from either community had offered continuous worship there.

When the iron railing was erected by the British regime in 1857, artificially dividing the premises into an inner and outer courtyard, the rights of both communities to offer worship there were effectively recognized; the Hindus were not excluded.

Accordingly, the Court held that “on the balance of probabilities, there is clear evidence to indicate that the worship by the Hindus in the outer courtyard continued unimpeded in spite of the setting up of a grill-brick wall in 1857.” As regards the inner courtyard, the Court held that “there is evidence on a preponderance of probabilities to establish worship by the Hindus prior to the annexation of Oudh by the British in 1857.”

Thus, both communities offered worship in the inner courtyard and there was no evidence to show that Muslims were in exclusive possession thereof prior to 1857. However, Hindus were in unimpeded possession of the outer courtyard before and after 1857.

It is important to note that the Court has considered the property to be a composite whole, because the ‘partition’ effected by the iron grill was not based on a legal adjudication of title/possession. It was an arbitrary demarcation to ensure separate access to both communities and maintain law and order because riots had broken out between the two communities around 1855. The Court ultimately held that “the evidence in respect of the possessory claim of the Hindus to the composite whole of the disputed property stands on a better footing than the evidence adduced by the Muslims.”

Neither the plaintiffs in Suit 4 nor those in Suit 5 had prayed for any partition of the property; both parties claimed the entire area as belonging to them alone. The Court observed, “There was no basis in the pleadings before the High Court and certainly no warrant in the reliefs which were claimed to direct a division of the land in the manner that a court would do in a suit for partition.” The Court therefore awarded the composite whole to the deity.

However, since Suit 4 was also decreed, the Supreme Court under Article 142, directed allotment of alternate land to the Muslims for the construction of a mosque and associated activities while observing that “tolerance and mutual co-existence nourish the secular commitment of our nation and its people.”

Why have the Hindu parties been allotted the property if the demolition of the mosque in 1992 is recognized to be a criminal act and what if the mosque was intact?

The judgment marks the culmination of a civil dispute whereas the demolition of the mosque is the subject matter of a criminal trial, which is proceeding in accordance with law. Moreover, holding the entire Hindu community at large responsible for the wrong committed at the hands of few miscreants would not be justified.

The civil dispute began in 1950, when the mosque still stood at the premises. In the plaint in Suit 5, it was specifically pleaded that “Suggestions have been made from many quarters for ending the dispute by removal of the ‘mosque’ to suitable place where it could serve the interest of its beneficiaries…having regard to the nature and significance of the ASTHAN SRI RAMAJANMA BHUMI for the Hindus, its sites cannot be changed. On the other hand, under the tenets of Islam a Mosque can be shifted under certain circumstances, and these circumstances are fully and entirely made out in the case of the ‘Babri Masjid’, if a mosque it ever was.”

One of the issues framed in Suit 5 (Issue No. 12) was “Of the structure in question is held to be mosque, can the same can be shifted as pleaded in paragraphs 34 and 35 of the plaint?”

After the structure was demolished, it was deleted through an order of the High Court dated 23-02-1996.

The plaint in Suit 4 was also amended in 1995, stating that the plaintiffs were entitled for the restoration of the building, but also that “under the Muslim Law mosque is a place where prayers are offered publicly as a matter of right and the same neither requires any structure and nor any particular mode of structure is provided for the same. Even the open space where prayers are offered may be a mosque and as such even after the demolition of the mosque building by the miscreants, the land over which the building stood is still a mosque and Muslims are entitled to offer prayers thereon.” Prayer (bb) was added, praying that the statutory Receiver be commanded to hand over the property in dispute by removing the unauthorised structures erected thereon.

The contours of the civil dispute may have changed post the act of demolition, but it remained a civil dispute that was required to be adjudicated in view of the decision of the Supreme Court in Ismail Faruqui case. It therefore boiled down to whether the land belonged to the plaintiffs in Suit 4 or Suit 5. The Court came to the conclusion that it belonged to the deity in suit 5. Had the mosque stood as is, the Court may have well concluded that it be shifted to another place.

In conclusion, one may disagree with the legal principles, but the criticisms that it is a ‘majoritarian verdict’ which has ‘rewarded vandalism’ appear to be unwarranted and unjustified.

Disclaimer: The authors were part of the team assisting K Parasaran, Senior Advocate, in this case. Their views are personal.