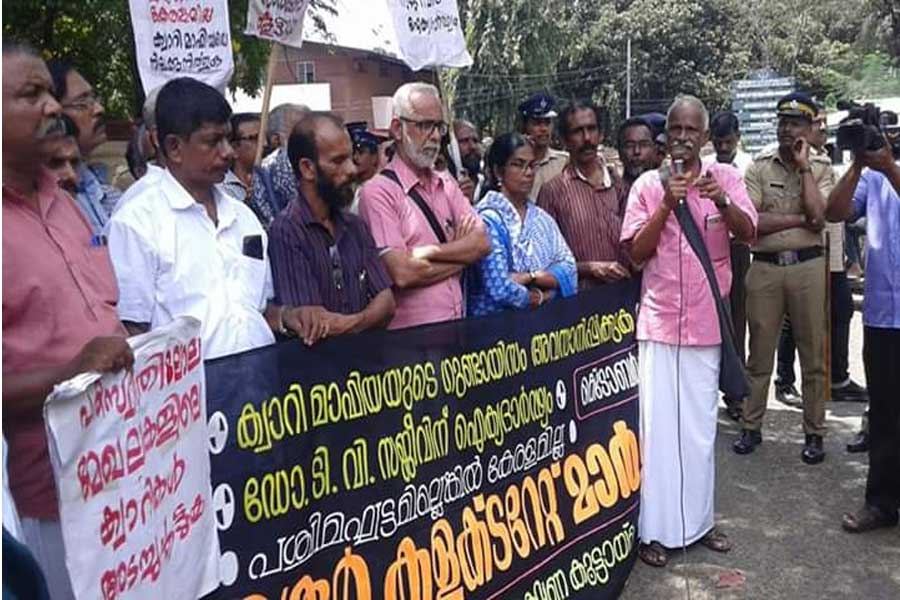 Behind the attack on Environmentalists at Kakkadampoyil

Kakkadampoyil is a small village located on the outskirts of the Western Ghats, on the eastern edge of Kozhikode district. Earlier this month, the news of an unruly mob assaulting a group of environmental activists and public intellectuals sent shock waves across the state. The incident took place on October 6, when a batch of 46 activists including M N Karassery, C R Neelakantan, Kusumam Joseph, K Ajitha and others were on a visit to the controversial check-dam and the water theme park set up by a company owned by P V Anwar, the Communist Party of India (Marxist)-backed member of the Kerala Assembly, representing the Nilambur constituency.

Prof Kusumam Joseph recalled the way the violent mob encircled them at the park site, which had local politicians, including a CPI (M) branch secretary. She was physically manhandled by some of the hooligans who snatched her cellphone and forced her to delete pictures she had taken of the incident. “You run from here…,” said those who ganged up against the activists at Kakkadampoyil, and they asserted, “You don’t have to worry about our ecology, we will take care of the interests of our village…”

The police failed to take any action or provide protection to the activists who had informed the cops beforehand about their planned visit to the spot.

But this was not an isolated incident. A few days prior to this, on October 1, activists had to undertake a public protest in Thrissur against threats and intimidation calls made to scientist Dr T V Sajeev, who works at the Kerala Forest Research Institute at Peechi. The protestors alleged that a group of individuals linked to quarry operators in the region were behind the attempts to intimidate the scientist who raised serious objections on the mining operations conducted in the fragile Western Ghats.

Such incidents have become rampant across the state. There have been a number of physical attacks on local level activists—including some fatal attacks—in a battle for the protection of the state’s natural assets and preservation of its ecological balance, though the matter still remains outside the urgent attention of the state’s media and public life.

Why does the administration take an ambivalent attitude towards such incidents? It appears that despite the massive progress the environmental movement has made all over the world, there is an active lobby working with the backing of major political parties in Kerala, a situation reminiscent of the Silent Valley movement in the seventies when all political parties took umbrage at the campaign for the preservation of the evergreen forest.

The economic boom that has enriched sections of our urban population in recent years of globalised growth has bypassed a substantial section of the people living in villages. Travel to any village and one would be aghast to see the way farming operations have been sidelined giving way to commercial properties. It is now widely accepted that bigger and better roads, commercial spaces and entertainment facilities are the legitimate signs of progress and development. The fact is, even among the politically literate segments of the society, there is no concept of an alternative approach to development, making it easy for vested interests to enlist the support of sections of the village in the destruction of their own land and its environment.

Take the example of Kakkadampoyil. This village first came into the limelight when a number of farmer suicides were reported in the early nineties. With globalisation planting dreams of fast money into the minds of farmers, what came as a panacea was the cultivation of vanilla, whose price had skyrocketed in the international market owing to a loss of crop in Madagascar, its main supplier at the time. As the farmers found huge profit in vanilla cultivation, many opted to destroy their traditional crops and switched to vanilla with massive amounts of loans from private moneylenders as well commercial banks. The gamble backfired and most people lost heavily, trapping them into a terrible debt-trap. Then came the banks and moneylenders knocking at the doors to collect their dues, triggering the suicides.

In the early 2000s, more than a hundred suicides were reported from a single village—Pulpally—in Wayanad district, which witnessed farmer suicides spreading like a wild contagion. It was a hopeless situation—most villages in the Western Ghats region had been victims of the massive changes in the economy. It was into this void that the new mafias armed with the ubiquitous JCBs entered with lots of money: You make lots of money sitting tight, selling the rights to mine, the rocks in the hills and the soil in the fields.

So the village economy has undergone a massive change: From a traditional sustainable economic model, it has now turned into a suicidal exploitation of rural resources that would make them uninhabitable in the near future. But instead of devising effective strategies to find a lasting solution, the political establishment instead found it lucrative to co-opt such dark forces. Many of these big shot businessmen emerged as influential political power-brokers, getting themselves elected to the State legislature and Parliament. P  V Anwar of Nilambur and Karat Razak of Koduvally, who represent the two Assembly constituencies contiguous to Kakkadampoyil, and support the ruling Left Government, are examples of the emerging power structure in the rural scene.

The political class in Kerala is fast metamorphosing itself into a class of vested interests. In fact, this take-over of the political establishment by the nouveau riche tycoons was a process in the making for decades, only that its horrible ramifications are now quite unmistakable. It would also mean that at present, any progressive political movement would necessarily have to be concerned itself with environmental issues because unlike in the past, when human beings were the primary objects of exploitation, what we are witnessing today is the exploitation of natural resources.

In Kerala, these confrontations at the grassroots are the indications of a new kind of politics emerging, and this could prove to be the fundamental class confrontation of the 21st century. 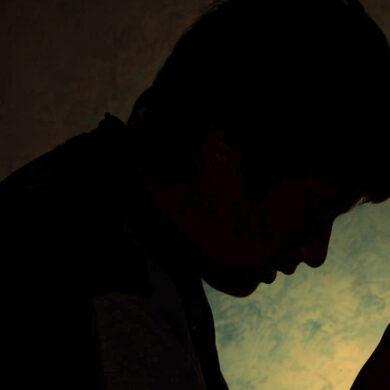