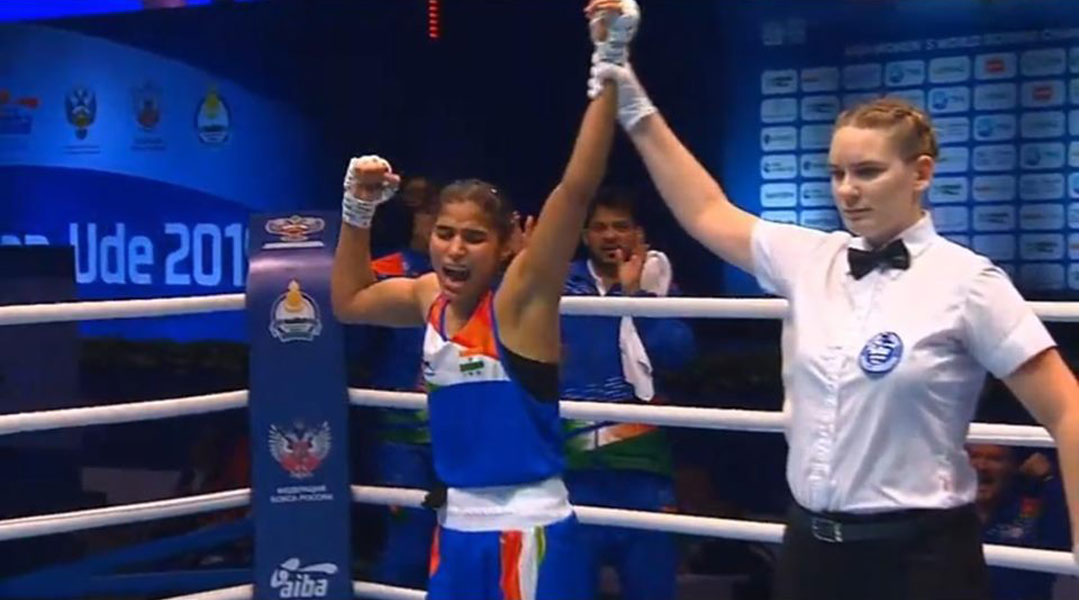 In the final few minutes, Ekaterina Paltceva lands a nasty left-handed blow on Manju Rani’s head. The cheers in the crowd go louder as the majority support is for the home boxer. Manju tries to take control with a right-handed hook but Paltceva defends.

With sharper reflexes, Paltceva manages to keep Manju at hold and a few seconds later, the Russian strikes gold in the 48kg category at the Women’s World Boxing Championship.

There was clear visible sadness in the Indian contingent but the result was massive for 19-year-old Indian boxer, Manju, who had been ignored by Haryana in the last couple of years, for unknown reasons.

The young Indian boxer hails from a poor family based out of a small village—Rithal–in Rohtak District. She chose boxing against her father’s wishes, whom she eventually lost in 2010 to stomach cancer. The family went through extreme poverty. There were times when Manju was forced to practice barefoot and did not have gloves of her own.

But, everything was forgotten for a few seconds when the Manju stood on the podium in Russia, wearing the silver medal. She was aware of the fact that she might not get multiple chances in the ring and she needed to deliver in her very first opportunity. And she had done it.

Manju regularly played Kabaddi in her village, Rithal, and the matches were organised by her father’s friend, Saheb Singh Narwal, who eventually saw boxing potential in the young girl.

“I used to play Kabaddi in my village and that was a team game. After watching Vijender [Singh] sir and Mary [Kom] didi on TV, I decided to switch to individual sport and even I wanted to bring laurels to my country,” said Manju in an exclusive chat with The Kochi Post.

Narwal, who is known to have first ignited boxing ambitions in Rithal, soon took Manju under his wing and became her coach. He does not have any formal training as a coach or otherwise in boxing. He was a hockey and Kabaddi player, who coached Rithal’s children in Kabaddi, including Manju.

However, Boxing happened by chance. When the Haryana government made Sube Singh Beniwal Rithal village’s boxing instructor, it changed the lives of Narwal and many other athletes.

He watched a lot of boxing videos, visited various boxing academies with Beniwal and tried to pick up the techniques as much as he could. In no time, Rithal’s children began to do well and that helped Narwal remain motivated. Even after Beniwal left Rithal, Narwal continued to coach the village’s children.

After the death of Manju’s father in 2010, the family fell apart financially. Her mother, Ishwanti, had no other income apart from the small pension she received. Ishwati had the responsibility of raising five children of her own and another two of a relative’s. There was no way, amidst those circumstances, that she could have supported Manju’s boxing ambitions, a distant dream that had no guarantee of turning into reality.

At the time when Manju and her mother had given up all hope, Narwal stepped in and took full responsibility of Manju. “He has supported me right from the beginning. He took me as his own family member. Be it my diet or technique or practice, he took charge of everything but most importantly, he never let me feel the absence of a father in my life. He is more than a coach for me. He is like my father,” Manju said.

It was Narwal and Loverly Professional University’s coach, Liladhar, who convinced Manju’s mother to send her daughter to the university’s Phagwara campus. In her very first trail at Lovely Professional University (LPU), Manju earned a 100 per cent scholarship, including free accommodation. That saved her mother from mortgaging her jewelry to fund Manju’s education and training.

Manju opted to pursue her bachelor’s in Health and Physical Education at LPU as she joined the 2018 batch. Following that, it hardly took her any time to break into the national scene. At her very first appearance, she won the senior national boxing championship for Punjab that was held in Vijayanagar, Karnataka earlier this year.

Manju won a silver medal at the Strandja Memorial Cup—a tournament held annually in Europe—and made her presence felt in the international arena. That was followed by bronze medals in the India and Thailand Open.

It was a huge moment for Manju and her family when she made the cut for the World Championships in her very first attempt.

En route the final round, Manju defeated Thailand’s Chuthamat Raksat 4-1 in the semi-finals. The win made her the first Indian, across gender, in 18 years, to enter the final in their maiden appearance at the World Championships.

At 19, all Manju wanted to do was perform to the best of her ability. She knew a positive result would only make her journey easier but she did not want the pressure to get better of her. “Irrespective of the result against the Russian in the final, I just wanted to showcase my best game to the world. I just followed the instructions of the coaches. I was only thinking about giving my 100 per cent and not disappointing my coaches,” Manju, who had to settle for a silver, in the end, said.

“A lot of people, including my mother and siblings, gathered at my uncle’s place in Rohtak to watch my final bout on his big TV. After I won silver, they distributed Ladoos to everyone. It was a moment of joy in my house. Soon after I finished my final match, I made a call to India to speak to my mother and uncle, who were all so happy.When I returned home after the tournament, I was given a grand welcome in my village. So many of my neighbours had gathered outside my house to wish me,” Manju, who will turn 20 on October 26, added.

Manju also mentioned that there were no major celebrations at home as this is just the beginning of her career. She has already joined the Indian camp in Delhi for the upcoming Under-22 Asian Championships. The venue and dates of the tournament are yet to be announced.

She is expected to return to LPU next month and the university has planned a grand ceremony to welcome their young champion, including a cash prize of INR One Lakh.

“We have arranged a function to honour our jewel Manju Rani on November 24 at LPU. She will be received at the LPU main gate by university authorities. There will be a garland ceremony followed by an open jeep procession. LPU’s chancellor will honour her with a cash prize of INR One Lakh in the presence of renowned sportspersons at a function that will take place in our auditorium. We also have a grand party planned for her,” said LPU’s sports director. 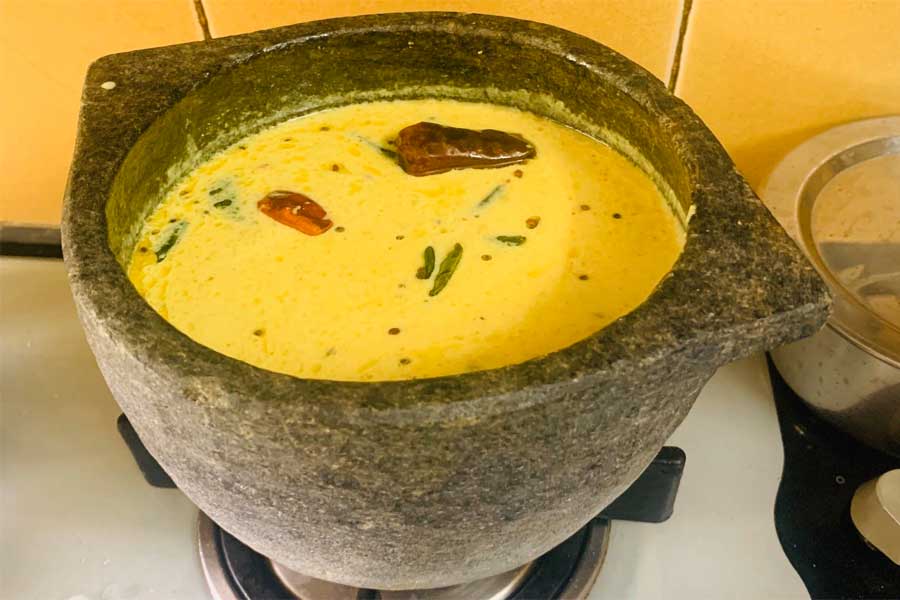 The Kalan and the Kalchatty: Made for each other