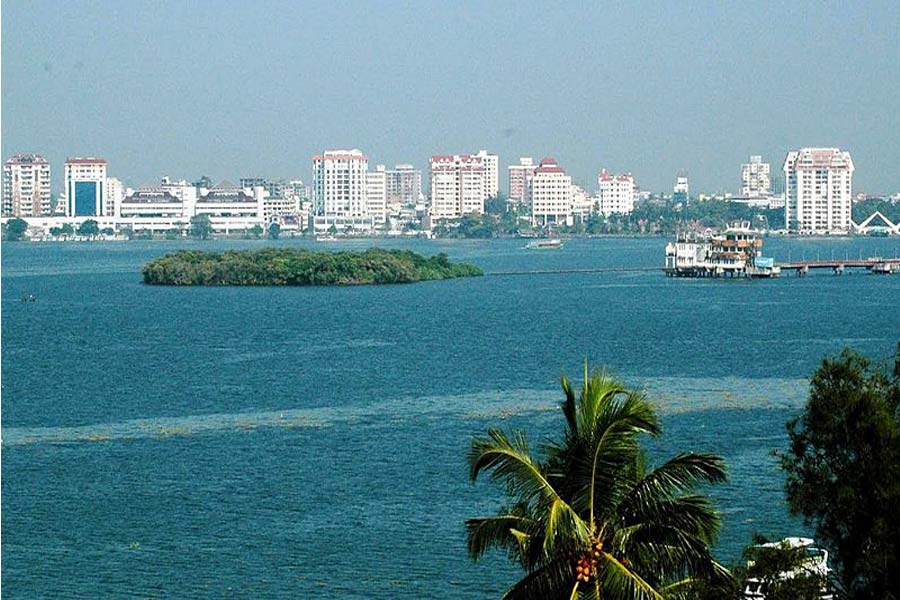 Buyers Beware: When Investing In Waterfront Properties In Kochi

In a place that is surrounded by water bodies, how cautious should new buyers be while buying property to avoid flouting Coastal Regulation Zone (CRZ) norms? This must be on every Kochiite’s mind post the Supreme Court order to demolish four prime properties in Maradu, Kochi for violating the CRZ rules. Was there information asymmetry? Were the residents of the apartments aware that the builders had violated CRZ rules? In this case 350 flat buyers seem to have thrown all caution to the wind when they invested heavily in these water-front properties which would have cost (by a rough estimate) nearly a crore per apartment.

The Apex court’s latest directive came on September 6, 2019 questioning the Kerala Government’s failing to carry out its May 8 order to demolish four apartment buildings—Holy Faith H2O, Alfa Serene, Jain’s Coral Cove and Golden Kayaloram by builders Holy Faith, Alfa Ventures, Jain Housing and K P Varkey & V S Builders respectively, for violating CRZ norms. In the face of losing their homes, the residents of these apartments have refused to vacate their flats and politicians of all hues have descended in front of the buildings in solidarity with the residents.

Besides the huge financial costs to bring down the four buildings and the possibility of environmental as well as infrastructural damage in the surrounding areas, it’s causing a huge headache to the Kerala  government caught between the SC verdict and the emotional outpouring of the residents who are about to lose their life savings and their homes.

The Indian Institute of Technology’s (Madras) Environmental assessment study on the Maradu Municipality says that in the last 12 years the Maradu Municipality has seen massive reclamation of its wetlands, paddy fields, ponds and mangroves. Quoting the report The Hindu says that 227 acres of the CRZ area were reclaimed by small and large builders. But worse still, the demolition of the flats can further damage the environment and the backwaters.

The Kochi Post spoke to advocates in the city to understand the nitty-gritty of this order and see if these are the only projects in Kerala which has been found violating CRZ norms.

The SC verdict has again raised questions on the differential treatment of CRZ violators. Previously, DLF’s 180-unit luxury flat at Chilavannur backwaters in Kochi was also found to have violated CRZ norms. The Kerala High Court had observed in 2016 that the structure was illegal, but said that the demolition would cause more damage than retaining it. It spared demolition but ordered DLF to pay a fine of Rs 1 crore to the local district administration which was to be used exclusively to maintain ecological balance in the area on the eastern side of Chilavannur river. The fine seems like a rap on the knuckles compared to the strict order this time by the SC.

Why then a compulsive enforcement of the order in the Maradu case? “With the state enduring floods for two consecutive years, it is important to ensure that we take corrective measure to conserve our environment”, states Supreme Court advocate Gautham. “I understand that there are families/general public who suffer in such cases more than the builders but that’s where the state government play a crucial role. They need to ensure the rule breakers are penalised and residents get compensated. Having said that, we need stronger judgements like this to safeguard our ecosystem.”

Agreeing to it, Kochi-based environmental advocate Ashkar Khader says, “If the judgement is reversed now, the whole purpose of having an environmental law will be lost. CRZ norms are consistently breached by the builders. The violators are the builders and they must be penalised.”

On the question of whether the flat owners should be compensated, Khader says, “It is very hard to say that but I must say, when a new buyer is finalising the property, he/she must ensure the documents are in place; especially the land documents—if the claimed area by the builder is authorised, does it fall under any special area act are some of the points to be thoroughly checked. If the property is near any water body, one must check if it was a paddy field or falls under CRZ norms.” It is a simple procedure wherein the buyer approaches the respected governing body—panchayat, corporation, or, as in this case, the municipality to see if things are in order or hire a lawyer to check it out.

But the flat owners disagree. According to them, the documents were all proper at the time of purchase and it was nowhere mentioned that the building is illegally constructed. These owners have been paying their municipality taxes too.

One the other hand, the builders shrug off any responsibility and state that the purchase procedures are over and they have no right over the property. Recently, Alfa Ventures wrote to Maradu municipality officials stating that M/s. Alfa Ventures Pvt Ltd has absolutely no physical interest in the project as all the apartments are registered in the individual owners’ names through registered sale deeds and the municipality is collecting tax from those individuals.

And T A Joseph, MD of the Confident Group, in a letter that’s doing the rounds on social media, says the then Maradu panchayat had cancelled the building permits because of corruption committed by the panchayat secretary.

“As the government did not have the right to revoke the permit (only the concerned secretary has the power), we all decided to approach the High Court of Kerala to reinstate the permit. Subsequently, the court allowed the petition. It is on the strength of this HC order that these builders continued the construction process. After the completion of the project, the Municipality was initially reluctant to give the completion certificates to these buildings. Then the builders approached the court for justice, and the court directed the Municipality to provide Occupancy certificates etc. Since then, these apartment owners have been living there happily for many years. Meanwhile, Kerala Coastal Zone Management Authority (KCZMA) was proceeding the cases in various courts, and the Supreme Court pronounced the existing orders. Since these projects had Occupancy Certificates and the relevant approvals backed by High Court judgement, naturally none of these builders or flat owners had ever foreseen such a shocking verdict from the Supreme Court.”

A buyer must carefully consider whether to invest in a property if a case is pending in the higher courts for the risk involved is very high. However, builders in not just Kochi but along the length and breadth of Kerala have been flouting CRZ rules with impunity. The Hindu reports that files regarding the CRZ violation have been disappeared and one can only guess who is behind such activity.

According to a fact-finding committee appointed by the state which submitted its report in the SC, Maradu initially fell under ‘CRZ-III’ category, which prohibits construction of any type within 200 meters from the high tide line (the line on the land up to which the highest water level reaches during the spring tide). However, Maradu was upgraded from a panchayat into a municipality in 2010 making it a lesser-restricted ‘CRZ-II’ zone.

“The flats are still in CRZ-III as the reclassification has not been applied as yet, as the union governments chose to freeze all reclassification of CRZ areas for stricter conservation. Making them illegal, whereas if the government had completed its due process, they would have been legal,” points out Gautham.

Why do we need stricter CRZ norms? Our city will turn into a concrete jungle if due action is not taken now, says Khader. “During my growing years, Maradu was a backwater island with mangroves and canals flowing into the Vembanad Lake. But due to its proximity to the city, there has been large-scale urbanisation, including two five-star hotels, a super specialty hospital and several commercial establishments. Now all we see is concrete and the mangroves are nowhere to be seen.”

Retired Kerala High Court Judge, Justice Kemal Pasha, after his meeting with the families said to Times of India that it is the onus of the state government to rehabilitate the residents if the flats are demolished. He stated, “What is being demolished in Maradu region are not flats but lives of people. The Supreme Court could have directed the state government or the concerned local body to provide owners with the current market price of the apartments.”

At the end of the day, it’s the buyer that suffers. So to avoid sinking your life savings into a black hole, the buyer should apply due diligence and read the fine print before buying any property—especially the beautiful, serene waterfront types. 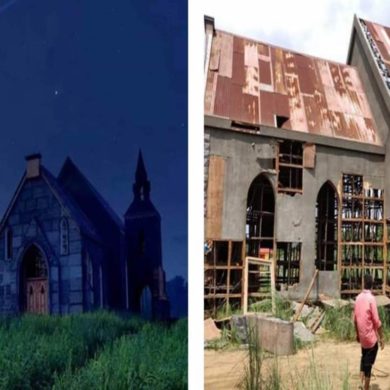