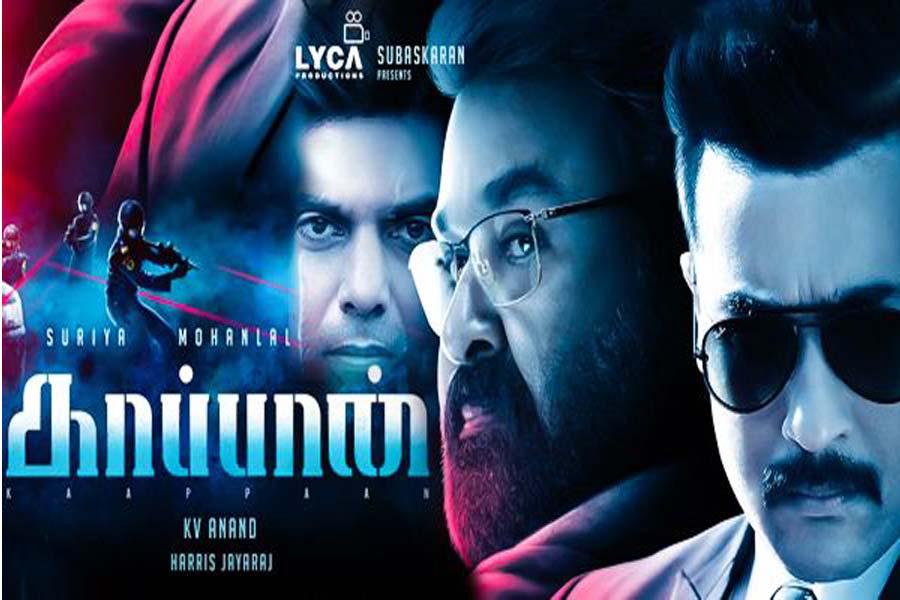 It’s a known fact that senior technicians in the film industry ultimately take up direction. Initially, it used to be the script writers and cinematographers, but over the years, choreographers and even music directors have tried their hand at the top job. However, direction is no piece of cake that everybody can have a slice of, and National Award-winning cinematographer K V Anand’s Kaapaan further drives this point home. That this is his seventh film as a director makes it worse.

The film tells the story of Kathir (Suriya), a top-ranking officer. Very soon, Kathir finds himself taking care of the security of the Prime Minister, Chandrakanth Verma (Mohanlal). The latter is a no-nonsense politician and not surprisingly, has his fair share of foes across the country and beyond. The PM’s son Abhishek (Arya) also shares a great rapport with Kathir. In a turbulent game of cat-and-mouse, will Kathir succeed?

Touted as an action thriller, the major problem with the film is its lack of adrenaline-pumping moments. Anand, who has also co-written the script with Prabhakar, dishes out a largely uninspiring screenplay which only finds its feet in the final 30 minutes of the film. By then, it’s a little too late to salvage anything. The core theme and the sub-plots are all good ideas on paper but it’s in the execution that the film falters big time. As mentioned earlier, a major share of the blame needs to go to Anand, the director.

If you happened to see the film’s official trailer that released earlier this month, you would have noticed the shoddy production on offer. They say that trailers can be deceiving but in Kaapaan’s case, it didn’t conceal anything. Throughout the film, the technical side seemed wanting, downgrading the film’s appeal significantly.

In between all this mess, Suriya puts in an honest performance and looks the part. However, the rest of the cast barring Arya have nothing substantial to do. The latter gets a few humour sequences and the comic relief he provides is one of the few pluses in the film. It’s unusual to see Mohanlal messing up any character but his diction of languages outside Malayalam has always been a problem and it shows up in Kaapaan once again. While his screen presence is exemplary, the dialogue delivery is not up to mark.

Samuthirakani, as Kathir’s senior colleague, is wasted in an insignificant character. Cinematographer Abhinandan shot a portion of the film before having to leave due to schedule complications with another film. This brought in M S Prabhu, who had cranked the camera for the previous Suriya-K V Anand film Ayan. With two cinematographers handing the film, the final product is bound to be imperfect and that’s precisely what it is.

The first half is barely engaging with a largely contrived screenplay. Despite being a make-believe medium, Kaapan virtually takes the audience for a ride. We see Tamil being used by the Prime Minister to communicate not just to his fellow politicians but also to the people of Kashmir! In fact, there is even a song sung by Kashmiri locals in, yes, you guessed it, Tamil!

There was a time when Suriya used to be a trust-worthy hero, whose choice of films rarely disappointed. But, his transformation into a box office star has changed that. As for Kaapaan, it’s a film which, at best, might have worked if it was made in the 1990s. 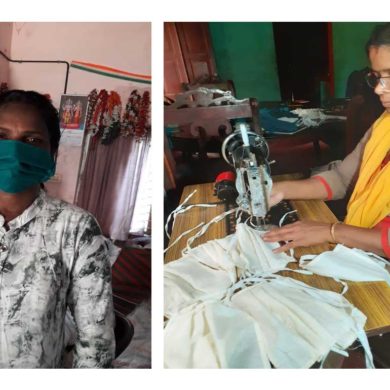 Jeevanam: As they sew, they reap