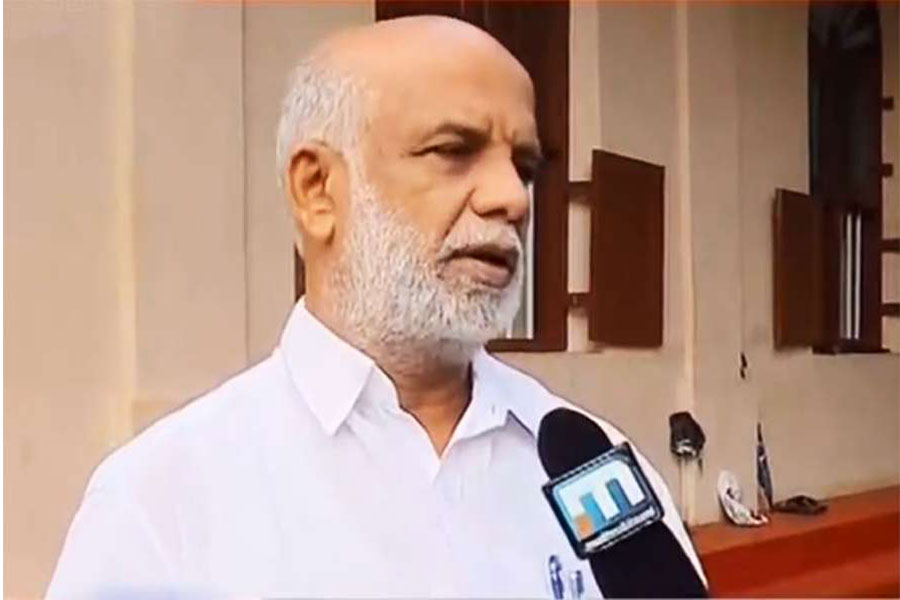 The Battle for Pala

After days of intrigue, Jose Tom Pulikunnel has been accorded the candidature by the United Democratic Front (UDF) to contest the prestigious Pala seat in the Assembly by-elections due later this month. The Pala seat has been represented by one man, K M Mani, who passed away recently, ever since the constituency came into existence in 1965.

K M Mani’s party, the Kerala Congress (M), split vertically on the question of succession in the aftermath of Mani’s demise between his son, Jose K Mani, and ‘Working Chairman’, P J Joseph, and a tug-of-war ensued as the two factions jostled with one another to prop up their candidates to validate their claims for legitimacy.

While the primary bone of contention between the two factions was the candidature of Nisha Jose K Mani, the daughter-in-law of K M Mani, it was also seen to be a bargaining tactic by the P J Joseph faction to get himself officially declared as the Party Chairman.

In the end, although P J Joseph could thwart the candidature of Nisha Jose K Mani, his ‘Plan B’ did not materialise. The ‘Plan B’ was to put up a rebel candidate (Youth Front leader Saji Manjakadamban was the deputed man for the task) upon Jose K Mani going ahead and announcing the name of his wife as the UDF candidate. In the end, the Congress leaders (and Muslim League’s P K Kunjalikkutty) brokered peace between the two warring factions, after three rounds of deliberations and negotiations.

Jose K Mani had only two names on his mind at the beginning of the parleys—his own and his wife’s—arguing how a candidate from the family would be able to garner “sympathy votes”. Now, after sacrificing a much-coveted Rajya Sabha seat from the Congress’s own kitty less than couple of years ago, the idea of Jose K Mani’s candidature was vetoed by the Congress at the outset. In the end, neither P J Joseph nor Jose K Mani could claim victory over the other faction. However, there is an interesting historical context to the candidature of Jose Tom Pulikunnel.

A Slice of History

Jose Tom Pulikunnel is the nephew of Joseph Pulikunnel, leader of Kerala Congress in the sixties, later renowned for his run-ins with the Catholic Church as a widely-acclaimed social reformer.

In 1965, Kerala Congress was preparing to fight its first Assembly election (against the Congress and the newly-split Communist parties—both contesting separately) in a four-cornered contest across the state of Kerala. In the Pala assembly segment, carved out of the Meenachil constituency, the name of probable candidates revolved around three stalwarts—Vayala Idikkula, Mathachan Kuruvinakunnel, then the official number 2 in the party as the general secretary in-charge of office, and Joseph Pulikunnel.

Apart from being well-known figures in Kerala’s political landscape, these three leaders also came from prominent Syrian Christian families from the epicentre of Meenachil. A suggestion emerged from within the party that these prominent leaders contest elections from tough seats and wrest it for the fledgling party and offer the winnable Pala seat to a relative newbie. The leaders scouting for an appropriate candidate zeroed in on K M Mani, then Secretary of the Kottayam District Congress Committee (DCC), who was looking to switch sides from the Congress to Kerala Congress after the Congress denied him a ticket.

When Mani expressed his helplessness in raising resources for his election campaign, Kulathungal Pothan, a prominent Central Travancore landlord and a well-wisher of the Kerala Congress took it upon himself to fund Mani’s election campaign. Joseph Pulikunnel was persuaded to contest from Kalpetta, and Mathachan Kuruvinakunnel, from Udumbanchola, with both stalwarts ending up on the losing side. The rest, as they say, is history.

A lot of water has flown down the Meenachil River since then, and the same Joseph Pulikunnel’s nephew is now contesting from the Pala seat, falling vacant after 54 years of having been represented by K M Mani. Unlike his renowned uncle, who later quit politics and became a Church rebel and social reformer, the 63-year old Jose has had a fairly low-profile existence despite being active in local politics.

The general sentiment about Jose Tom Pulikunnel among his voters in Pala The Kochi Post spoke to is that of an underachiever in politics, having been a “star student politician” during his youth.

People close to Pulikunnel said it came as a huge surprise to the man himself, who was nowhere in the reckoning during the initial discussions—which is why, the strategic choice of Pulikunnel by Jose K Mani is seen as a ‘political masterstroke’ in many ways.

The coming of age of Jose K Mani, the politician?

Although Pulikunnel’s uncle famously rebelled and took on the Church (the senior Pulikunnel was well-versed in Canon Laws, Liturgy and Christian rituals and regularly conducted the last rites and marriages of hapless Christians when haughty Parish priests refused to perform them for flimsy reasons in the days gone by), the nephew is quite the reverse—he’s known to be close to the clergy. He is in the good books of the Pala and Kanjirappally Bishops, Joseph Kallarangatt and Mathew Arackal respectively, who have a decisive say over a certain percentage of votes in the constituency.

Moreover, at least in the Meenachil Panchayat of the Pala Constituency, the Pulikunnel family name itself bears a currency that will easily convert to votes. In fact, many old Syrian Christian families in Meenachil that resented the “upstart” Marangattupally-born K M Mani’s rise to the pinnacle and never voted for him in his lifetime would definitely back the soft-spoken Pulikunnel, who is seen to be finally getting his due after being in the shadows for better part of his public life.

And this is precisely what Jose K Mani has shrewdly envisaged—emerging as an astute student of politics under K M Mani’s tutelage, in spite of being an accidental politician himself. To that end, he has outwitted the old fox in P J Joseph, who was reportedly stunned by the surprise candidature of Pulikunnel, forcing him to relent after all his tough posturing initially. And Mani Junior knows that he can’t afford to lose this election, and that a loss would in effect be a personal loss with the two factions vying for legitimacy and K M Mani’s legacy.

Joseph’s only hope remains in weaning away some of the leaders who were considered front-runners for the Pala seat in the Jose K Mani camp (apart from Nisha), who eventually lost out to the unassuming Pulikunnel. Two of them are Kuriackose Padavan and Philip Kuzhikulam, both known to be former close associates of K M Mani. When The Kochi Post reached out to Philip Kuzhikulam, he admitted to being among the front-runners and did not exactly hide his disappointment, before gamely suggesting that everyone will have to fall in line now that a candidate has officially been declared.

Despite chances of sabotage from the P J Joseph faction leaders in the constituency such as Joy Abraham and Saji Manjakadamban, incidentally former Mani faction leaders themselves, Pulikunnel definitely starts as the front-runner. The presence of a formidable opponent in Left Democratic Front (LDF)’s Mani C Kappan, who himself has deep roots and personal relationships with voters in this constituency, poses a huge challenge. In fact, Kappan managed to bring down the lead of K M Mani from nearly 25000 votes to a shade under 5000 votes in three consecutive elections when K M Mani fought his toughest-ever election in 2016 under the shadow of the Bar bribery scandal.

This time around, Kappan is hoping to swing the sizeable Ezhava votes in the constituency to his favour with community leader Vellappally Natesan’s blessings.

As for the Bhartiya Janata Party-led National Democratic Alliance (NDA), they lost a huge trick in not fielding P C Thomas, son of P T Chacko, who was the causative factor in the formation of Kerala Congress in 1964. The saffron party has again fielded its Kottayam District President N Hari, who successfully multiplied its vote share in the constituency in 2016. The idea is to tap into the “Hindu votes” in the constituency after taking a headcount, which is most likely to come a cropper.

In 2016, the NDA had originally nominated P C Thomas, who later backed out from a direct contest with K M Mani. This time around, despite Thomas having evinced interest in running for the election, the BJP leadership turned his candidature down citing his sub-par performance in the just-concluded Lok Sabha election.

The election will be closely fought, with the ruling LDF expected to deploy its entire machinery in the constituency, and the Congress-Kerala Congress combine mindful of avoiding a repeat of Chengannur.