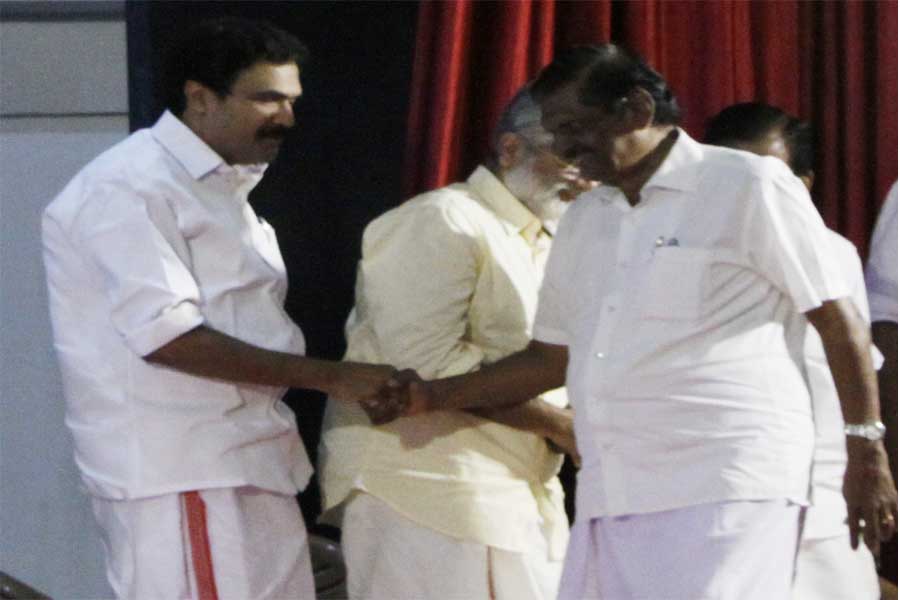 Kerala Congress (M) is on the verge of yet another split and in all probability see a near-vertical break-up this evening. Jose K Mani, son of the recently-deceased K M Mani, had sent invites to members of the State Committee of Kerala Congress (M) to meet and elect its new Chairman. It follows a representation made by the Jose K Mani camp to ‘Acting’ Chairman P J Joseph to convene a State Committee within 10 days, armed with signatures of 123 State Committee members (more than one-fourth as mandated in the party’s constitution) to elect a new Chairman and Parliamentary party leader.

Meanwhile, the members of the State Committee owing allegiance to the P J Joseph camp are likely to give it a miss. According to the Kerala Congress (M) Constitution—a document that has gone through many amendments to suit the interests of its leaders—only the Chairman (or, the Working Chairman in his absence) has the authority to convene the State Committee through the General Secretary in-charge of the Office (Joy Abraham).

Abraham has ensconced himself in P J Joseph’s camp post Mani’s demise and has been instrumental in getting a number of State Committee members to switch loyalties. Despite that, the Joseph faction is in a clear minority in the State Committee (the apex decision-making body of the party according to its constitution). The Joseph camp has dubbed the act of convening the State Committee without due procedure an act of indiscipline if not rebellion, and will most likely challenge it in courts.

Sources in the Jose K Mani camp argued that the ‘Acting’ Chairman hadn’t convened the State Committee despite being bound to do so after getting representations from one-fourth members of the committee and was therefore left with no option. They also insisted that the meeting was convened on behalf of those members of the State Committee rather than Jose K Mani’s behest “in a bid to uphold the party constitution”.

Insiders admitted to The Kochi Post that it was the likelihood of more members switching sides that had prompted Jose K Mani to hurriedly convene this meeting. In fact, in the Kerala Congress (M) high-power Committee, Joseph has swung the majority in his favour as evident from the presence of erstwhile Mani faction leaders like Thomas Unniyadan and Victor T Thomas in a meeting convened by P J Joseph just the other day.

The meeting this Sunday afternoon is likely to see the elevation of Mani Junior as the new Chairman of the party culminating in the 12th split (not including the minor splits) in Kerala Congress since its inception.

Curiously, the impending split closely mirrors the first major split in Kerala Congress in 1976 (discounting a minor split in 1972 that saw the formation of ‘Original Kerala Congress’ by ousted General Secretary Mathachan Kuruvinakkunnel) with Kerala Congress founder-Chairman K M George and K M Mani spearheading the two factions back then. And P J Joseph was a major player even in that episode as Mani’s trusted lieutenant.

Back then, India was under Indira Gandhi’s Emergency regime and a Communist Party of India (CPI)-Congress Front led by C Achutha Menon was in government in Kerala with a slim majority. The government’s majority was further reduced when the Indian Union Muslim League (IUML) supporting the Achuthamenon government underwent a split with Bafaqi Thangal and his supporters joining forces with opposition Communist Party of India (Marxist).

The 1970 assembly election in Kerala had seen a triangular contest with Kerala Congress winning 13 assembly seats in partnership with Congress (O). When Congress-CPI Front began to search for potential allies to beef up its position in the assembly, it zeroed in on Kerala Congress, which was reduced to 12 members after two minor splits (The second involving E John Jacob in 1973).

Even as the deal was being negotiated in Delhi, hectic parleys were on in Kerala for the ministerial positions up for grabs in the Achutha Menon government. K M Mani, who had by now emerged as the leader of a 9-member pressure group in Kerala Congress (P J Joseph, T M Jacob, George J Mathew, K V Kurien, V T Sebastian, O Lukose, Thomas Kuthiravattom and C F Thomas making up the rest), was in the running for one of the ministries. So was Kerala Congress Deputy Chairman R Balakrishna Pillai, who led another faction within the party.

Although K M George hoped to become a minister (apart from remaining party Chairman), his hopes were dashed when the K M Mani faction made an issue of the twin positions of Party Chairman and Ministership being held by one person. K M Mani was sworn in as Kerala’s Finance Minister and R Balakrishna Pillai as Transport Minister on December 26, with fellow Kerala Congress legislator T S John being anointed the Speaker of Kerala Legislative Assembly.

The events leading up to it had foretold a split and it was only a matter of time. By the time R Balakrishna Pillai’s term as Minister came to an end six months later (Pillai failed to get elected to the assembly), Kerala Congress functioned like two separate parties with differences between leaders exacerbating to the point of no return. With K M George once again in the running to become Minister as Pillai’s replacement, K M Mani’s faction plotted to deny him again.

The Mani faction made a representation to Chief Minister Achutha Menon to replace Pillai with K Narayana Kurup, a like-for-like replacement, to ensure communal balance. (Before coming to be branded as the party of Syrian Catholics, the positions in Kerala Congress used to be apportioned among the Catholic, Non-Catholic (Jacobite, Mar Thoma, Orthodox and other factions) and Nair groupings. Back then, Kerala Congress had a strong base right from Balakrishna Pillai’s fief in Kollam going all the way up to Trissur as it vied with Congress for hegemony in Central Travancore and beyond.

The factional alignments in Congress were also firming up in the meanwhile as Home Minister K Karunakaran threw his weight behind K M George and PCC Chief A K Antony getting behind the Mani faction. Despite mediation under the aegis of Syro-Malabar Church-run daily Deepika, the factions could not unite. While Deepika went on to back the Mani faction, Malayala Manorama backed K M George.

Soon, the Mani faction convened a State Committee meeting at NSS Union Hall in Kottayam and elected K Narayana Kurup as its Chairman and V T Sebastian as the General Secretary, officially splitting the party. Lonappan Nambadan was made the Vice-Chairman and P J Joseph and Thomas Kuthiravattom named general secretaries later.

Meanwhile, K M George shored up his camp by getting the ‘Original Kerala Congress’ to merge with his faction, thereby getting powerful influencers like E John Jacob and Mathachan Kuruvinakkunnel over to his side. George also got Speaker T S John to switch camps and R Balakrishna Pillai’s faction to back him. George flew to New Delhi with John Jacob to meet Indira Gandhi and came back as a Minister. It was followed by another setback to the Mani faction as the Election Commission recognised K M George’s group as the official faction of Kerala Congress and restored its flag and the prestigious ‘Horse’ election symbol.

As luck would have it, K M George passed away later that year orphaning his party. In the aftermath, many leaders in Kerala Congress refused to be led by the maverick R Balakrishna Pillai. Senior leaders in the official faction connived with K M Mani and the Mani faction would soon emerge as the official Kerala Congress with E John Jacob named consensus Chairman. Narayana Kurup replaced K M George in Achutha Menon’s Cabinet and K M Mani and T S John continued as Finance Minister and Speaker, respectively. Balakrishna Pillai split the party in its wake and formed the Kerala Congress (B), but his faction was considerably weaker as the 1977 election results proved.

If the impending split in Kerala Congress this evening follows the demise of Chairman K M Mani, the split in 1976 was engineered by Mani and then Kerala Congress Youth Front President P J Joseph just weeks ahead of founder-Chairman K M George’s demise. While it remains to be seen which of the factions would emerge as the official Kerala Congress (M) in the tug-of-war to follow, K M Mani’s famous maxim—“splitting to grow and growing to split”— becomes meaningful yet again. 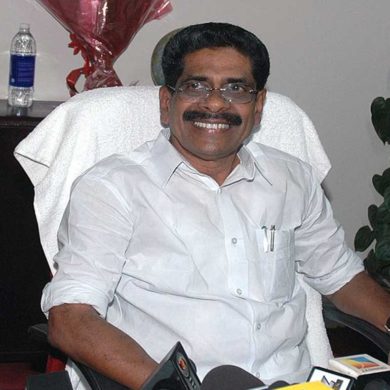 Mullappally Ramachandran: There is no ‘V’ group in Congress